"AoR's Role Cannot Be Confined To Merely Signing Vakalat Only": Justice M.R. Shah Express Displeasure At The Absence Of AOR In A Matter 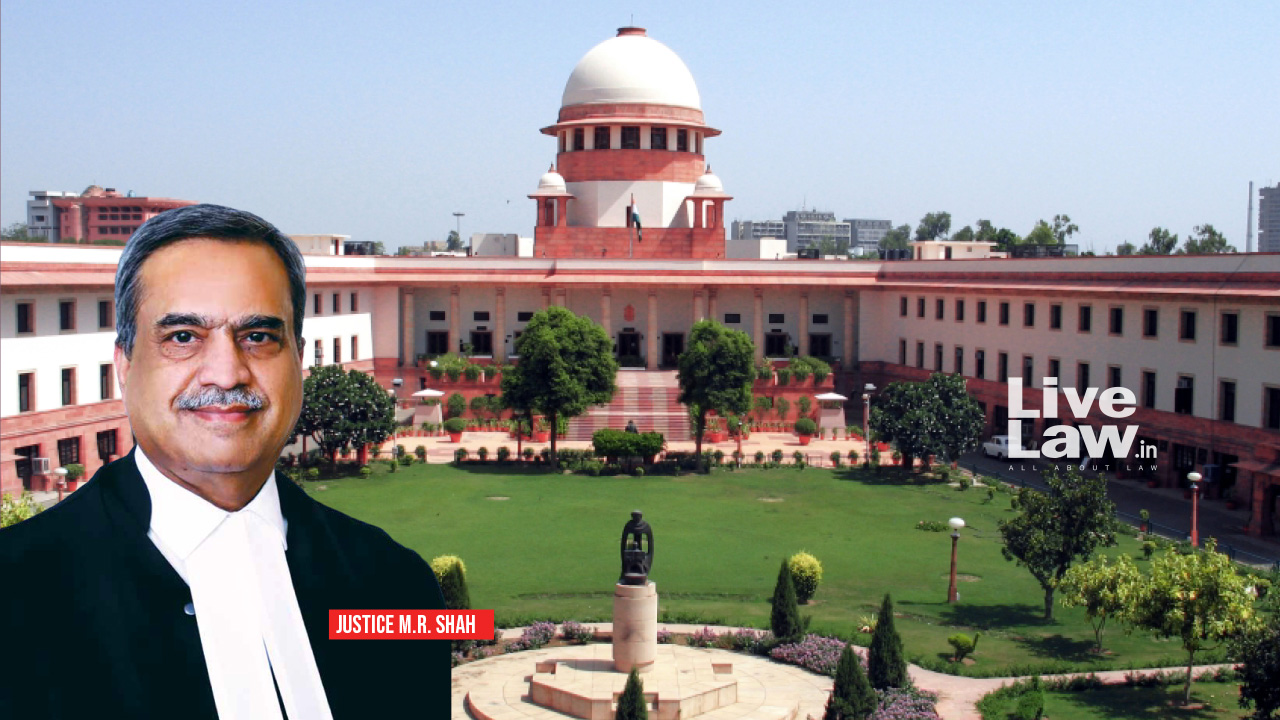 Expressing displeasure at the absence of the AOR in a matter where the arguing counsel was indisposed, Justice M. R. Shah on Tuesday inquired about the duties and responsibilities of Advocates-on-Record, orally remarking that their role cannot be confined to merely signing the Vakalatnamah and filing the matter in the registry and never appearing before the court.

When the instant 'Fresh (For Admission)' Civil SLP came up before the bench of Justices Shah and B. V. Nagarathna, an advocate appeared, requesting for an adjournment on the ground that the concerned counsel is unwell. Justice Shah perused the records of the case and noted, "It was filed by Mr. (...)". "He is the AOR", she replied. The bench inquired from the said advocate about who had asked her to make the mention and if she is associated with the offices of the counsel in the matter. An unrelated advocate present in the court-room for some other unconnected matter helped her with the bench's queries and then informed the Court that she is not from the same offices, though she is acquainted with the AOR, adding that she is very new to the Court.
"She is a proxy counsel", said Justice Nagarathna.
Justice Shah then demanded, "Where is the AOR? The AOR is not supposed to do anything except for filing in the courtroom, filing in the registry? What is the procedure, Mr Mehta (Justice Shah asked Senior Advocate Dhruv Mehta who was also present in court for another matter)? AOR is not supposed to do anything? There is no responsibility of the AOR?"
Mr. Mehta replied that the AOR should be present.
Justice Shah continued to comment, "The impression of the AOR is that after filing, there is nothing further than that! That after filing, there is no responsibility! That there is only signing and filing!"
Directing the matter to be passed over, Justice Shah asked for the AOR in the instant matter to be called, posting the matter for 2 PM.
When the bench assembled after lunch and the matter was taken up again, the arguing counsel appeared, urging that he was suffering from fever.
"Where is the AOR?", inquired Justice Shah again.
When the arguing counsel told the bench that the AOR is out-of-station, Justice Shah sternly observed, "What are the duties and responsibilities of the AOR? AOR cannot be such an irresponsible person that he will never appear in the courtroom! AOR believes that his work is only to sign the Vakalatnamah and to file it in the court, to file it in the registry?"
"Anyway, now that you are here...", said Justice Shah to the arguing counsel and the bench then proceeded to dispose off the matter after hearing the arguing counsel.