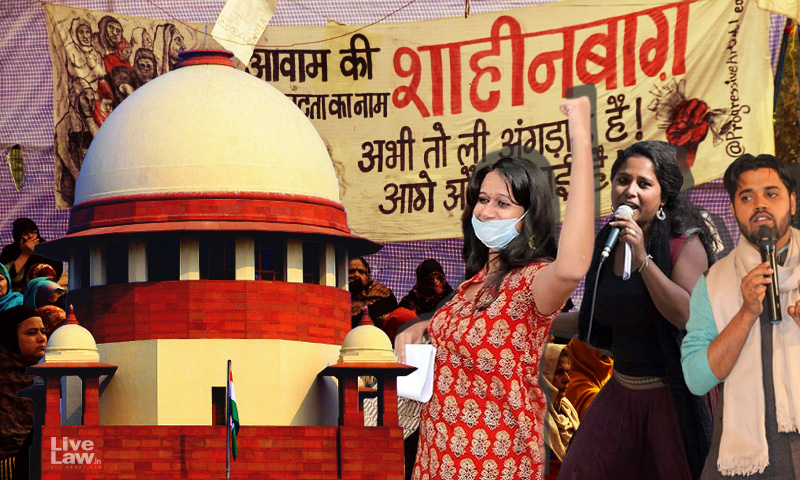 The Supreme Court on Thursday allowed the filing of pen drive in place of the physical copy of the chargesheet in the appeal filed by Delhi Police against the Delhi High Court order granting bail to three student-activists, Devangana Kalita, Devangana Kalita and Asif Iqbal Tanha, in the Delhi Riots conspiracy case.

Senior Advocate Kapil Sibal, appearing for Devangana Kalita and Natasha Narwal, sought for the permission to submit the pen drive on account of the chargesheet running into 20,000 pages.


"I am seeking some time. The chargesheet runs into 20,000 pages. In the meantime, kindly allow the pen drive to be filed. Otherwise we will not be able to argue the matter. How will we translate it? We don't have the wherewithal. I have requested my learned friend if it can be fixed after 10 August. Let us file a pen drive", submitted Sibal.


A Bench of Justices Sanjay Kishan Kaul and Hemant Gupta allowed the request of Sibal to submit a pen drive instead of the physical copy of the charge sheet.


The matter will now be taken up after 4 weeks.


The Supreme Court further observed orally today that it was "very unlikely" to be convinced to set aside the bail that had been granted by the Delhi High Court to the three student-activists.  At the same time, the bench comprising Justices Sanjay Kishan Kaul and Hemant Gupta orally said that it may have a different opinion on whether lengthy debates about statutory provisions should be there in a bail order.


On the previous date, a Vacation Bench of Justices Hemant Gupta and V. Ramasubramanian had issued notice in the appeal and had stated that the impugned judgement would not be treated as a precedent until the matter was fully decided. However, the Court did not interfere with the bail granted to the three activists.

The Supreme Court had also observed that the Delhi High Court judgment raised questions of "pan-India" importance relating to the interpretation of the Unlawful Activities Prevention Act (UAPA).

The Bench said that it was "troubling" that the High Court has gone on to narrow down the scope of UAPA in a bail application when there was no challenge to the statute.

After the admission hearing, the Bench passed the following order:

The Delhi High Court in its judgments dated 15th June found that offences under the Unlawful Activities Prevention Act (UAPA) were prima facie not made out against student leaders Asif Iqbal Tanha, Natasha Narwal, and DevanganaKalita in the Delhi riots conspiracy case. Going by the allegations in the chargesheet, the accused were only leading protests. The High Court said that there was no specific or particularized allegations against the accused relating to terrorist activities.

On 17 June, the three were finally released from Tihar Jail. The development came after a Delhi Court issued orders for their immediate release earlier after observing that Delhi Police's argument saying that more time was needed to verify the addresses of the accused and their sureties, cannot be a plausible reason for keeping them imprisoned.

The Delhi Police had filed a charge sheet against them alleging that the protests organized by them against the Citizenship Amendment Act from December 2019 were part of a "larger conspiracy" behind the North East Delhi communal riots which took place in the last week of February 2020.

However, the High Court Bench comprising Justices Siddharth Mridul and Anup Jairam Bhambhani, after a preliminary analysis of the charge sheet, observed that the allegations did not prima facie constitute the alleged UAPA offences relating to terrorist activities (Sections 15,17 and 18).