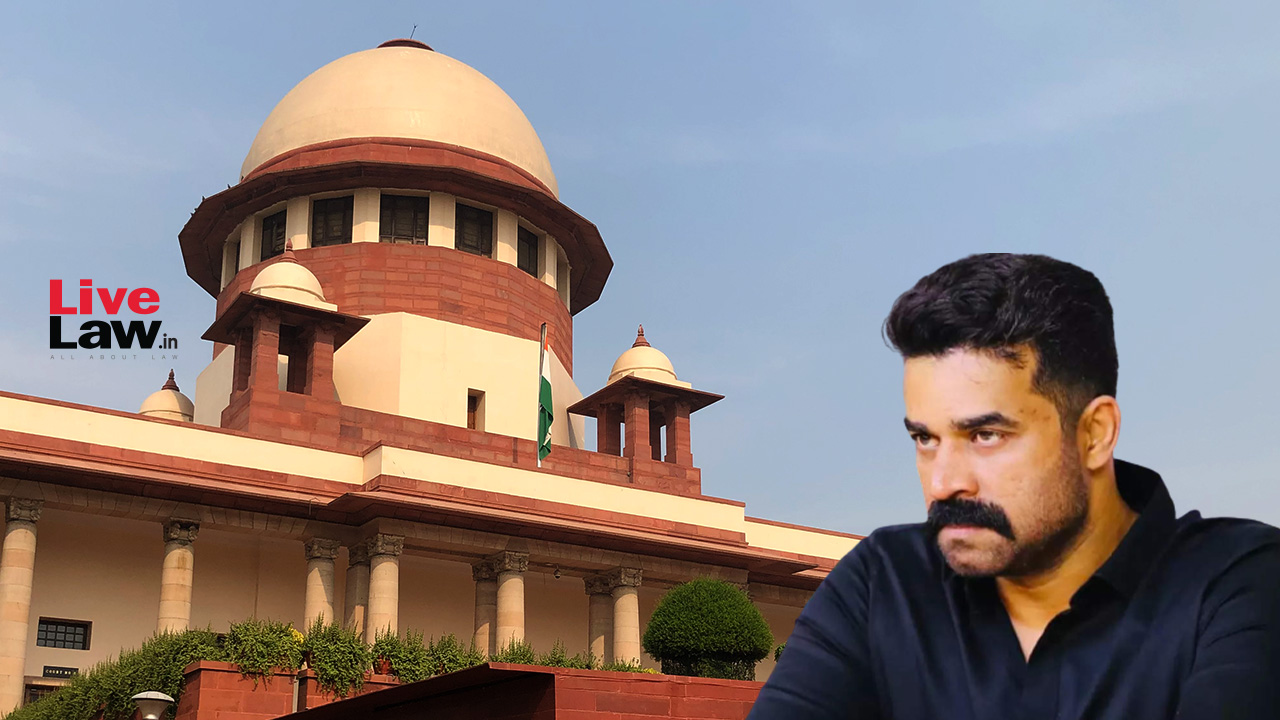 The Supreme Court on Wednesday refused to interfere with the anticipatory bail granted to Malayalam film producer-actor Vijay Babu in a rape case alleged by another actor. It however made it clear that Vijay Babu shall not leave the State of Kerala without prior permission of the court. He is also restrained from making social media posts in connection with the case.

A vacation bench comprising Justices Indira Banerjee and JK Maheshwari further opined that the restrictions on proceeding with the investigation could not be sustained and accordingly modified the High Court's order. "We make it clear that the petitioner may be interrogated beyond July 3, 2022, if necessary."

The court was considering the special leave petitions filed by the State of Kerala and the complainant against the order passed by the Kerala High Court granting anticipatory bail to Babu. It ordered,

Senior Advocate R Basant appearing for the victim submitted that she is in her early 20s and has just entered the film industry. Naturally, she would not level such allegations against a powerful person, unless they are true.

He also emphasized that Vijay Babu disclosed her identity on Facebook Live in order to "pressurize" her. He added that the actor fled to Georgia, where there is no extradition treaty.

"Court gives him initial protection. Can a person after registration of FIR run to a country and then says give me protection?" Basant asked. He relied on Gurubaksh Singh Sibbia v. State Of Punjab.

Senior Advocate Jaideep Gupta appearing for the State submitted that Vijay Babu is an influential person in the movie industry and the witness and evidence pertaining to the case also relates to the said industry.

"Existence of FIR does not restrict him from further committing offence. He is very very influential person in movie industry and the evidence and witness comes out of movie industry. His propensity to destroy evidence is made out in this case. He deleted Watsapp messages of 15 critical days."

Hearing this, the Bench remarked, "We don't think that grant of bail is unwarranted but restricting time for investigation is unwarranted."

However, on the issue of tampering evidence, the Bench was of the view that since the Police has his mobile, they can retrieve it. It added, "Both (Vijay Babu and the victim) had deleted the messages so there was some mutual understanding."

Gupta then argued that Vijay Babu had deleted messages subsequently.

However, the Bench remarked, "Deleting the messages earlier or subsequently there was no direction on him. But can an accused be forced to give evidence against himself?...Object of arrest is to not put pressure and its only to ensure that he doesn't evade the process of law. When its deprivation of person's personal liberty we take a different view."

Gupta then argued that in the instant case, Presumption as to absence of consent in prosecutions for rape under Section 114A of the Indian Evidence Act would apply.

Expressing its disagreement, the Bench asked,

"Can there be presumption when there is admitted intimate relationship and promise to marry, where the respondent was already a married man and he was not even free to marry?"