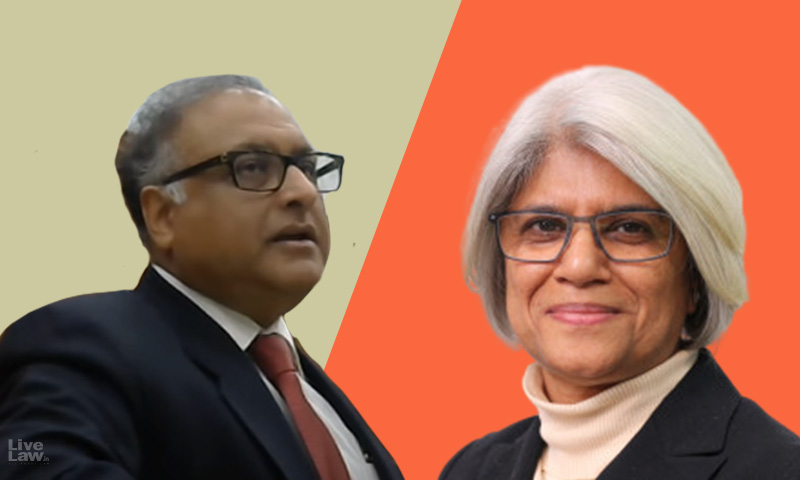 The Supreme Court on Tuesday appointed Senior Advocates Jaideep Gupta and Meenakshi Arora as amici curiae in the suo moto case taken by it to deal with COVID-19 related issues.A bench comprising Justices DY Chandrachud, L Nageswara Rao and S Ravindra Bhat passed this order in the suo moto case In Re Essential Distribution Of Supplies and Services During Pandemic.This development follows...

The Supreme Court on Tuesday appointed Senior Advocates Jaideep Gupta and Meenakshi Arora as amici curiae in the suo moto case taken by it to deal with COVID-19 related issues.

A bench comprising Justices DY Chandrachud, L Nageswara Rao and S Ravindra Bhat passed this order in the suo moto case In Re Essential Distribution Of Supplies and Services During Pandemic.

This development follows the recusal of Senior Advocate Harish Salve as an amicus in the case on the last hearing date, April 23.

Salve had requested the bench on April 23 to be discharged from the case saying that he did not want the case to be heard under a shadow that he was made the amicus based on his childhood friendship with the then CJI SA Bobde.

Following that, the bench, then headed by CJI Bobde, discharged Salve from the case.

Today, the bench headed by Justice Chandrachud, which considered the matter, also clarified that the purpose of the Supreme Court proceedings was not to stop the High Courts from dealing with COVID-19 related issues in their respective jurisdictions.

"The object of these proceedings are not to supplant the High Courts or to take over from High Courts what they are doing. High Courts are in a better position to monitor what is going on within their territorial boundaries." Justice Chandrachud-led bench clarified.

"During national crisis, Supreme Court cannot be a mute spectator. The role of the Supreme Court is complimentary in nature. The issues which travails state boundaries is what this court will look into and thus Article 32 jurisdiction has been assumed", said the Court

The Supreme Court has clarified that the purpose of the top Court court assuming jurisdiction suo moto under Article 32 is not to supplant or substitute the process of hearings undertaken by various High Courts to deal with issues related to pandemic.

"High Courts are best situated to make an assessment of ground realities in each states and find flexible solutions for the problems faced by citizens.Therefore, we see no reason or justification to interdict the High Courts." the Bench has said.

Having said that, the Bench further observed that there is still a need for Supreme Court to intervene on certain national issues, as there might be issues relating to coordination between states.

The Bench added that the intervention of the Supreme Court must be understood in the correct perspective. There are some issues which transcend the regional boundaries.

"At a time of national crisis, the Supreme Court cannot be a mute spectator" the bench observed.

The Bench clarified that the Supreme Court is playing a complementary role to the High Courts, and if they have any difficulty in dealing with an issue due to territorial limitations, the top Court will help.

"It is in that spirit that the Supreme Court has assumed jurisdiction suo moto under Article 32. Therefore, we clarify that the High Courts need not be restrained from dealing with the issues." the Bench observed.

The bench has called for a report from the Central Government on issues related to supply of oxygen, essential drugs, vaccine pricing. The matter will be next considered on April 30.

At least 11 High Courts in the country are dealing with issues related to COVID management in their respective jurisdiction.