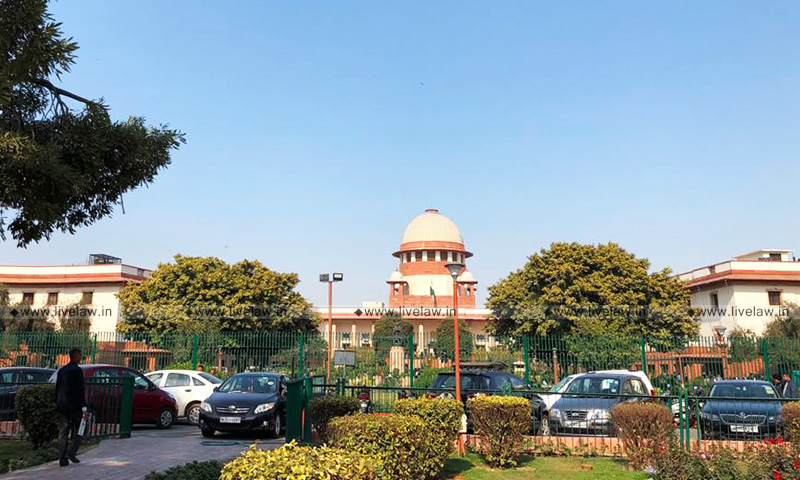 The Supreme Court on Tuesday urged a petitioner, having filed a habeas corpus plea under Article 32 against the illegal detention of his wife by her father, to take recourse to section 97, Cr. P. C. (Search for persons wrongfully confined)."Section 97, Cr. P. C. has become a dead-letter because of these shortcuts", said Justice Dinesh Maheshwari. It may be noted that the said section 97...

The Supreme Court on Tuesday urged a petitioner, having filed a habeas corpus plea under Article 32 against the illegal detention of his wife by her father, to take recourse to section 97, Cr. P. C. (Search for persons wrongfully confined).

"Section 97, Cr. P. C. has become a dead-letter because of these shortcuts", said Justice Dinesh Maheshwari.
It may be noted that the said section 97 provides that if any District Magistrate, Sub-divisional Magistrate or Magistrate of the first class has reason to believe that any person is confined under such circumstances that the confinement amounts to an offence, he may issue a search-warrant, and the person to whom such warrant is directed may search for the person so confined; and such search shall be made in accordance therewith, and the person, if found, shall be immediately taken before a Magistrate, who shall make such order as in the circumstances of the case seems proper.
The vacation bench of Justices Maheshwari and Aniruddha Bose was hearing a habeas corpus petition by a husband alleging illegal detention of his wife by her father.
The facts of the case were that the petitioner, aged 28 years, had solemnised marriage with the corpus, aged 20 years, in April this year. It was contended that after the family members of the corpus received information of the wedding, they had mercilessly beaten her and detained her in a room at their residence to prevent her from cohabiting with the petitioner at their matrimonial home. The petitioner had attempted to amicably resolve the issue with his wife's family members but the respondent-father and his other family members issued life threats to the petitioner.
The petitioner further averred that he had, subsequently, filed a complaint with the jurisdictional SHO but no action was taken by the police authorities. Thereafter, the petitioner had even made an online application before the Chief Minister of the state of UP on the CM's 'Jan Sunwai Portal'.
The petitioner urged that left with no other option, he filed the writ petition under Article 32 seeking directions to the respondent-authorities to produce before the Court his wife, who is illegally detained by the father at his residence. The petitioner advanced that both he and the corpus are majors and have solemnised the marriage without any pressure and out of free will, after knowing each other for over 2 years.
At the outset, Justice Maheshwari enquired from the advocate for the petitioner, "You have come under 32. Why is the High Court not competent to deal with this matter?".
The advocate for the petitioner replied, "In view of the prevailing Covid situation in the state, the Allahabad High Court is giving hearing dates for after 3-4 months...the trial courts are also mostly not functioning..."
"So why can you not take recourse to section 97, Cr. P. C.? 97 has nothing to do with courts!", said Justice Maheshwari.
The bench then passed over the matter to allow time to the advocate to peruse the said provision of the Cr. P. C.
When the matter was called out again, the advocate submitted that he has read section 97. He also pointed out that the petitioner has approached the SHO of the jurisdictional police station regarding the illegal detention and even filed an application before the state CM on his online portal.
"We have seen all that- the complaint to the CM, to the SHO...And 32 is a 'no'...Why can you not go under 97?", suggested Justice Maheshwari.
"Then I seek liberty to withdraw this petition to go under 97", advanced the advocate.
"Good! 97 has become a dead-letter in the Code because of these short-cuts", remarked Justice Maheshwari.
The bench then proceeded to dictate its order- "The petition is dismissed as withdrawn with liberty to the petitioner to take appropriate recourse as per law"