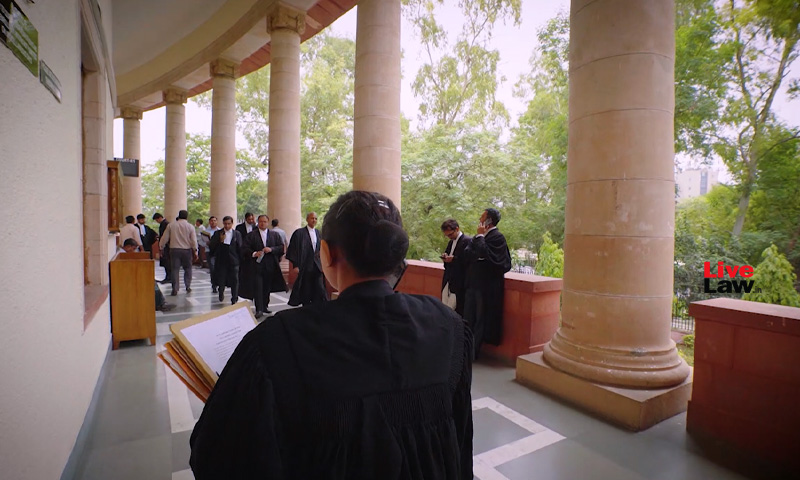 The Supreme Court, on Thursday, asked the Bar Council of India (BCI), to consider the suggestions of the Amicus Curiae to provide incentives to Advocates who take in young lawyers as their juniors.Apart from this, the Bench comprising Justices Sanjay Kishan Kaul and M.M. Sundresh also requested the High Court Judges to engage young lawyers as law clerks. It noted - "BCI has constituted a...

The Supreme Court, on Thursday, asked the Bar Council of India (BCI), to consider the suggestions of the Amicus Curiae to provide incentives to Advocates who take in young lawyers as their juniors.

"BCI has constituted a High Powered Committee to check legal and constitutional validity of compulsory chamber placement…submission of Amicus in this regard can be placed before the committee for consideration. Most High Courts have provision for law clerks. This is an opportunity for young lawyers to get guidance. At times these posts are not filled in. We request the Hon'ble Judges to give opportunity to younger lawyers by facilitating their working as law clerks based on selection of each judge."

By way of the affidavit filed by Advocate-on-Record, Mr. Durga Dutt, the BCI had apprised the Court that it has constituted a High Power Committee to check the validity of compulsory chamber placement with designated Senior Advocates or Advocates having 25 years of standing at the Bar for young law graduates. Once the Committee determines the validity, the BCI would request such Advocates to engage at least 5 such juniors in their chambers.
Responding to the proposal for making placement of juniors compulsory, Amicus Curiae Senior Advocate KV Vishwanathan suggested that providing incetives would be more effective in encouraging participation of Seniors in the chamber placement process of young lawyers.

The Bench was hearing a petition assailing the judgment of the Gujarat High Court, which allowed persons with other employment, whether full time or part-time, to enrol as Advocates without resigning from their jobs.

On previous occasions, the Bench had encouraged BCI to revamp the existing system of induction into the legal profession, primarily, by improving the quality of the Bar Examination. It has also urged BCI to evolve a fair placement mechanism for juniors. In this regard Senior Advocate, Mr. S.N. Bhat, appearing on behalf of BCI, had submitted an affidavit addressing the concerns raised by the Bench.

Suggestions of Amicus on chamber placement

Considering the system of placement of juniors in the chambers is unregulated, the Amicus Curiae, Mr. K.V. Vishwanathan had made some suggestions. Bar Association of every state should call for willingness from Advocates with different standings, 7-10 years, 10-15 years and above 15 years including designated Senior Advocates and from the junior lawyers, having 1-7 years of experience, who seek placement. Every Bar Association shall constitute a Placement Committee. These Committees can set out qualifying parameters for seniors willing to take in juniors and also for the young lawyers seeking placement. The Committees would screen the application and place juniors in a chamber for a period of 18 months for a reasonable stipend, which would depend on the area, the court, the standing of the senior, and also the standing of the junior. He emphasised that the aspect of gender equality and diversity ought to be kept in mind while placing the young lawyers. Mr. Vishwanathan was of the opinion that certain incentives could be provided to the seniors who show willingness to take in juniors. He stated that entry in the list of willing seniors can be made mandatory for -

Taking note of the fact that the BCI has constituted a Committee to look into the validity of compulsory chamber placement, during the course of the hearing, Mr. Vishwanathan asserted that there might not be a requirement to make it compulsory. It would be more effective if the willingness to take in juniors is incentivised. He suggested that it can be an eligibility criteria for chamber allotments, empanelment, contesting Bar elections etc.

"Nobody is saying to make it compulsory, but you can incentivise it by saying that including chamber allotment, you will be considered on your willingness to take a junior. Empanelment for legal aid, empanelment for PSUs, even appointment to subordinate judiciary, higher judiciary and constitutional courts and designation, will be allowed to contest as office bearer. If you incentivise automatically it will come. We are only saying, for 18 months and pay a stipend depending on the area. Today it is only based on recommendation. This should at least be experimented."

He also submitted that it might not be feasible for one senior to take in 5 juniors, as suggested by BCI.

"Five juniors no one wants to take, make it one junior for 18 months. My experience is that having a junior makes your performance better, you cannot do everything in this profession."

Also from the hearing : BCI May Allow Persons With Other Jobs To Provisionally Enrol As Advocates On Undertaking To Resign From Job Within 6 Months After Clearing AIBE : Supreme Court