Supreme Court Terms Promise Of Freebies By Political Parties A "Serious Issue"; Asks Centre Why It Hesitates To Take A Stand 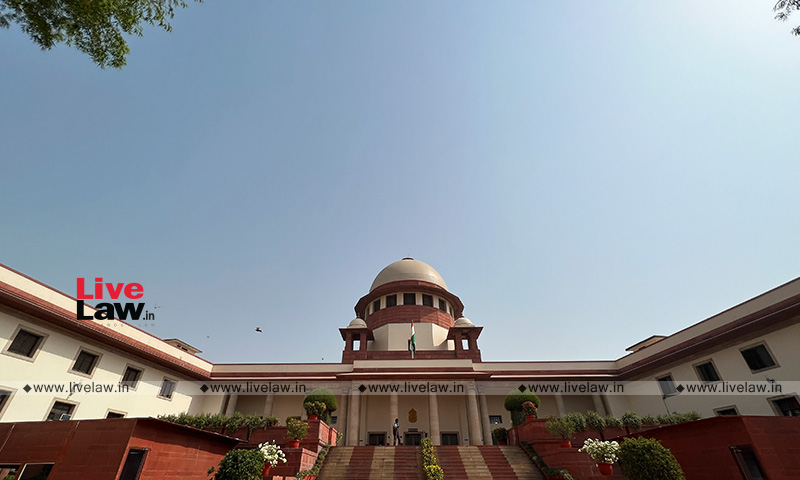 The Supreme Court on Tuesday asked the Central Governemnt to take a stand on the need to control the announcement of freebies by political parties during election campaigns. The Court asked why the Centre is hesitating to take a stand on this issue. Terming it a "serious" issue, the Court also asked the Centre to consider whether the suggestions of the Finance Commission can be sought...

Terming it a "serious" issue, the Court also asked the Centre to consider whether the suggestions of the Finance Commission can be sought for solutions.

The bench of Chief Justice of India NV Ramana, Justices Krishna Murari and Hima Kohli issued the directions after considering the suggestions put forth by Senior Advocate Kapil Sibal that the Finance Commission should allocate the funds to the states by taking into consideration the debts of the State and the quantum of freebies granted.

"It's a serious issue but difficult to control politically. The Finance Commission when it does allocation to various states, they can take into account the debt of the state and the quantum of freebies. Finance commission is the appropriate authority to deal with it. Maybe we can invite the commission to look into this aspect. Centre cannot be expected to issue directions," Senior Advocate Kapil Sibal had submitted.

At the outset, Advocate Amit Sharma appearing for the Election Commission of India, while pointing out to the affidavit dated filed on April 10, 2022 submitted that offering any freebies either before or after the election is a policy decision of the party and that the Commission cannot regulate state policies and decisions which may be taken by the winning party when they form the government. He also submitted that Model Code of Conduct guidelines have been framed by the Election Commission of India after consultation with recognized political parties. HSharma also added that the Central Government would be in a better position to address the court since there is a law which needs to be implemented.

Appearing for the Central Government, ASG KM Nataraj submitted that the issues need to be dealt with by the ECI only.

Taking exceptions to ASG's submissions, the CJI asked the Union to take a stand and file a counter affidavit with regards to the same

"Why don't you say that you have nothing to do with it and the ECI has to take a call? I'm asking if Government of India is considering whether its a serious issue or not?Why are you hesitating to take a stand?You take a stand and then we'll decide whether these freebies are to be continued or not. You file a detailed counter," the CJI asked the ASG.

"There should be some reasonable promise," Upadhyay added while submitting that there is a total debt of 6.5 lakh crore.

"We're on our way to becoming Sri Lanka," he had also added.

Since Senior Advocate Kapil Sibal was present in court, the CJI invited Sibal to present his views on the same. Considering the submissions made by Senior Counsel, CJI asked ASG to take instructions as to whether the Finance Commission could be roped in for suggesting solutions to stop distribution of freebies.

"Mr Nataraj, please find out from the Finance Commission as to whether this takes place. You find out who is the authority where we can initiate a debate or something. I'll list it next week. We direct the GOI to get instructions in this matter. Next Wednesday we'll hear," the CJI said.

On January 25, 2022 the bench headed by Chief Justice of India NV Ramana had sought response of ECI and Central Government.