'Just Because There Is A Problem With Vedanta, You Won't Manufacture Oxygen And Let People Die?' Supreme Court Asks Tamil Nadu Govt 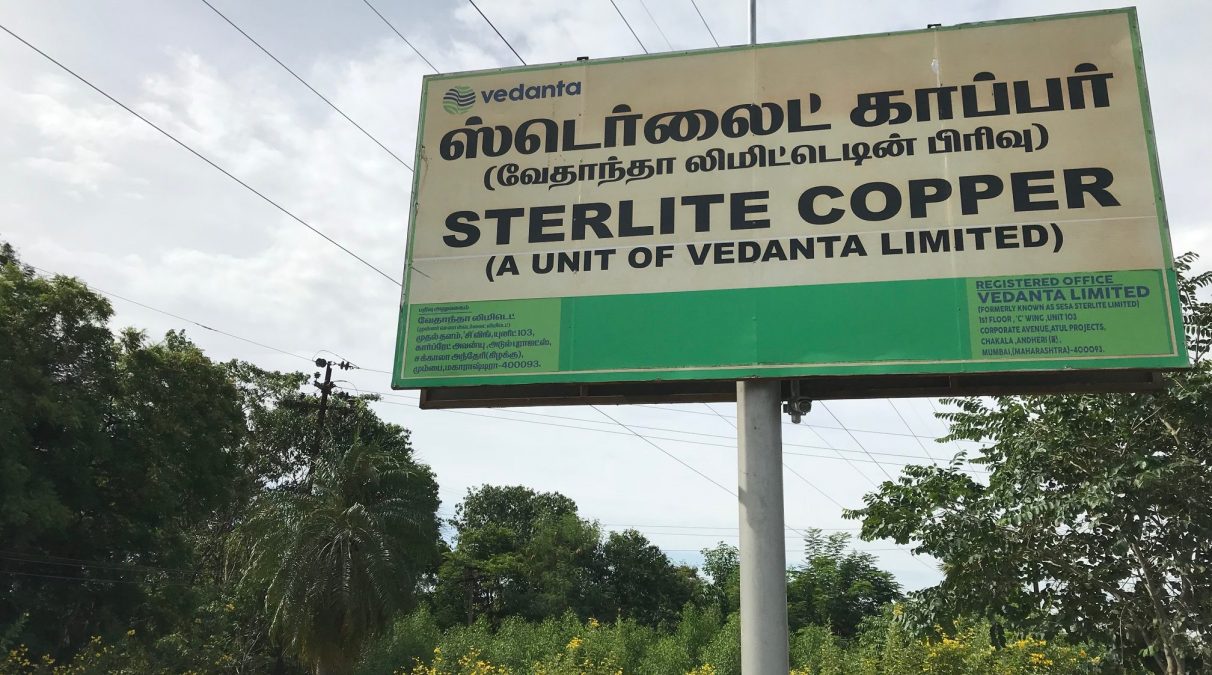 "There is an Article of the Constitution which requires that the ownership and control of the material resources of the community are distributed equally for the common good. The Tamil Nadu state knows this and understands this!", observed CJ S. A. Bobde on Friday.The bench of the CJ, Justices L. Nageswara Rao and Ravindra Bhat was hearing a plea filed by Vedanta, seeking permission to reopen...

"There is an Article of the Constitution which requires that the ownership and control of the material resources of the community are distributed equally for the common good. The Tamil Nadu state knows this and understands this!", observed CJ S. A. Bobde on Friday.

The bench of the CJ, Justices L. Nageswara Rao and Ravindra Bhat was hearing a plea filed by Vedanta, seeking permission to reopen its copper plant in Madras so as to be able to supply medical oxygen free of charge to help the country while it is facing an acute shortage of medical oxygen. The Court was apprised of the reluctance of the Tamil Nadu government in resuming operation of the plant in view of the public sentiment in the state and apprehensions of a law and order situation.
The attention of the bench was drawn to the submissions of the advocate general of the state of Tamil Nadu before the Madras High Court (in its suo motu cognisance of the COVID situation in the state yesterday) that the state is an "oxygen-surplus state" and that "it has more oxygen than it needs" and therefore, there is no need to run the plant.

"The whole point of this exercise is that it is the people all over the country who need oxygen! With respect to everybody's sentiments, that is why we are looking into the problem! 'We are surplus in oxygen so we won't produce any even if you need it'? What kind of reasoning is that? Just because there is a problem with Vedanta, you won't manufacture oxygen and let people die? I have never heard of such an argument from the state government!", observed the CJ.

"We are not interested in Vedanta or A, B or C running it! We want oxygen to be produced from a facility that is capable of producing it! When people are dying, the state government says that we won't run the plant because it may lead to law and order problems? Keep Vedanta out! Fulfil your responsibility of manufacturing oxygen!", said CJ Bobde.

SG Tushar Mehta had told the bench, "The country is in bad need of oxygen. The way the central government allocates it, it is not that the oxygen manufactured in a state will be confined to that state only. Orissa oxygen can also come to Rajasthan. The capacity (of the Vedanta plant) is 1000 MT. The central government is not concerned with Tamil Nadu or Vedanta. Law and order cannot be cited as the issue when people are dying. We have the potent capacity, why can't we use it to produce oxygen if people need it?"

"Please don't labour on a point which we already know. There is an Article in the Constitution that says that material resources of the community have to be so distributed equally so as to subserve the common good. It is a DPSP [Article 39(b)]. Tamil Nadu knows and understands this. Let Tamil Nadu manufacture. On Monday, we will hear about production of Oxygen", said the CJ.

Senior advocate CS Vaidyanathan, appearing for the state of Tamil Nadu assured that he will speak to the government officials and get back to the Court on reopening the plant on Monday.

At the beginning of the hearing, Mr. Vaidyanathan had told the bench that there is a "total lack of confidence in Vedanta", that after the court's reaction yesterday, "people had come out on the streets". "Yesterday, there was no law and order situation. We were not aware that there is a law and order situation yesterday. If you are saying so, then the situation is different. Have you said this on oath?", CJ Bobde had said at the threshold.

"I can file an affidavit today. There is so much opposition that I don't want to create a remedy which is worse than the disease. I don't want there to be any confrontation unnecessarily. 2018 should not be repeated (In May 2018,the state police resorted to firing to disperse a group of protestors gathered against renewal of the plant's certificates, which proved fatal to 13 protesters). There is a provision in the Disaster Management Act in section 65 under which even the central government can take over the plant.Let the central government and the state government talk", suggested Mr Vaidyanathan.

"Somebody please say something concrete! People are dying for want of oxygen! Please be sure! Why must we not manufacture oxygen if people need it?", reprimanded the CJ.

Senior Advocate Colin Gonsalves, appearing for "the families of those severely affected by the plant", advanced, "We have a point of view. We are opposing the plant. Some of us had died, some of us got cancer from its toxic fumes. We have strong feelings against the plant operating"

Mr. Gonsalves, however, signified that there is no problem if the Tamil Nadu government takes over the plant, that in such case, the operation may commence from tomorrow or the day after. "For the last 3 years, it has been the state only which has control of the plant. They have a committee of engineers...", he advanced.

Copper manufacturer Vedanta Ltd has moved an urgent application before the Supreme Court seeking permission to re-open its plant in Tamil Nadu - which has been closed for violations of environmental laws - saying that it wanted to help the country with free production of medical oxygen for COVID patients.

The company had moved the top court challenging the Madras High Court verdict of August 2020 that dismissed Vedanta's writ petition to reopen its copper smelter and upheld the state government's decision to shut it down.