Supreme Court Expresses Displeasure At Allahabad HC For Keeping Azam Khan's Bail Plea Pending, Adjourns Hearing To May 11 To 'Give A Chance' 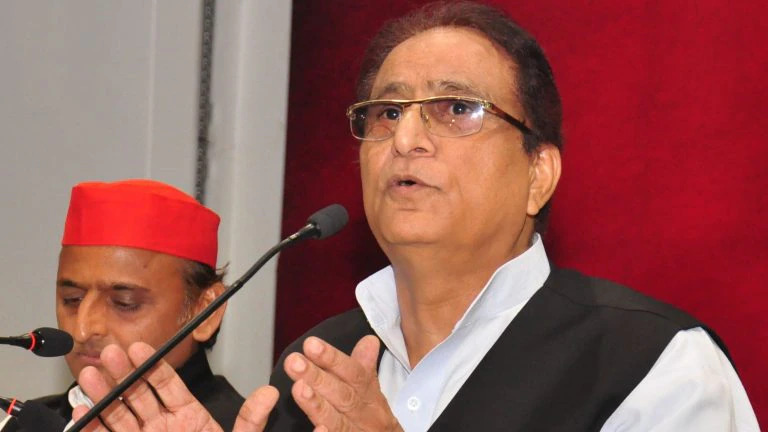 The Apex Court asked the Registry to list the matter on Wednesday, to give time to the High Court to pass the order in Khan's bail plea, which was reserved on 05.05.2022.

The Counsel appearing on behalf of the State of Uttar Pradesh apprised the Bench that after hearing the matter till 6:30 PM on 05.05.2022, the High Court had reserved the judgment. He submitted -

Justice Rao noted that the Bench is holding onto the present application to see to it that the High Court passes order in Khan's bail plea, which has been pending before it for a considerable period of time.

"Judgment has been reserved."

Perturbed by the inordinate delay in disposing of the bail plea by the High Court, Justice Rao remarked -

"Judgment cannot be reserved now that we will tell you. 137 days. No order has been passed. He was released on bail in 86 cases. This is one case. This is a travesty of justice. We can only say this much now. If required we will say more. Let this come on Wednesday. Let us give them a chance for 2 days."

Faced with charges in several cases, Khan, has been lodged in the Sitapur Jail since 26.02.2020. He has secured bail in most of the cases. But, there are three cases involving charges of corruption, cheating, forgery, criminal breach of public trust, criminal conspiracy, criminal defamation, tampering of evidence and creating or promoting enmity, hatred or ill-will between classes in which bail is sought, as Khan alleged that the BJP-led Government of Uttar Pradesh has 'adopted all means available' to stall the proceedings. A Special MP/MLA Court had rejected his bail plea on 27.01.2022, observing that certain facts published by him had the potential to incite the public or members of a community to disrupt peace and harmony.

Khan has completed his nomination from the Sitapur Jail as a candidate for Rampur, which will go to polls on 14.02.2021, in the second phase of the UP elections.

As his bail application was pending before the Allahabad High Court, he approached the Supreme Court seeking ad-interim ex-parte bail to participate in the Uttar Pradesh Legislative Assembly Elections' campaign as Samajwadi Party's candidate from Rampur. Senior Advocate, Mr. Kapil Sibal appearing on behalf of Khan apprised the Bench that the High Court was reluctant to take up the bail application for hearing. Though the Bench refused to enlarge him on bail, vide order dated 08.02.2022, it asked the Khan to approach the Allahabad High Court. The Bench also asked the High Court to consider the concerns of the petitioner and dispose of the matter expeditiously. It noted -

"The petitioner is at liberty to approach the concerned High Court and ask for expedited disposal of the application. Needless to say, the Court shall take into account the concern of the petitioner and dispose of the matter expeditiously."

On 29.04.2022, Mr. Sibal mentioned the matter before the Bench suspecting further delay. He was apprehensive that even if Allahabad High Court reserves the judgment it might cause delay in passing the order.