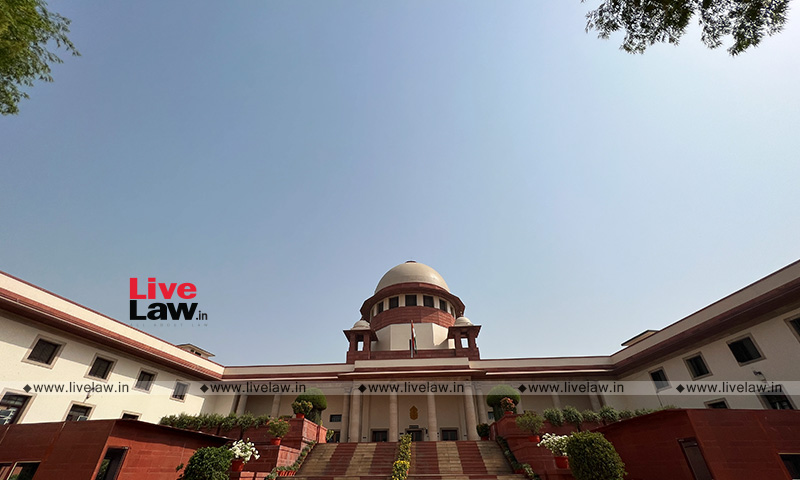 The Supreme Court on Thursday extended the interim protection from the arrest of BJP MLA Jayakumar Gore who has been accused of allegedly forging documents in the name of a deceased person till July 1, 2022.

"List this matter next Friday. Interim protection granted by the HC in the impugned order will continue till then."

In the impugned order, the Bombay High Court bench of Justice Revati Mohite-Dere and Justice V G Bisht had refused to grant Gore pre-arrest bail but had granted him 2 weeks of interim protection from arrest to enable him to approach Top Court.

The case relates to allegations of fraudulent preparation of bogus documents regarding land in Mayani village in Maharashtra. The FIR was registered on the basis of a complaint preferred by Mahadev Piraji Bhise.

In the hearing today, Senior Advocate Mahesh Jethmalani along with Siddharth Dharmadhikari, Gunjan Mangla and Abhikalp Pratap Singh, AOR appearing for Gore submitted that the FIR bearing registered against the Petitioner was purely politically motivated and emanated from a rival faction over the control and administration of Chhatrapati Shivaji Education Society.

He also contended that alleged forged Memorandum of Understanding (MOU) on the basis of which the Petitioner had been foisted with prima facie culpability, had not been signed by the Petitioner at all.

Jethmalani further submitted that after Gore was inducted as President of Chhatrapati Shivaji Education Society, large scale financial irregularities committed by Deshmukh Family (who earlier was incharge of the society's affairs) came to light as a result of which Gore submitted a complaint to ED on September 17, 2021.

Against this backdrop, Senior Counsel submitted that the complaint against Gore was politically motivated. He also contended that Gore had neither signed nor put his thumb impression on the document dated 11.12.2020, a categorical statement was made on behalf of the Petitioner that he is ready and willing to give specimen signature and his thumb impression for being examined by an expert which would conclusively show that the signature and the thumb impression on the questioned document are not of the Petitioner at all.

Considering the submissions made by the counsel, the bench posted the matter for July 1 and extended the interim protection from arrest which was granted by the Bombay High Court till the next date of hearing.