"They Are Doctors, Not Paupers": Supreme Court Asks Centre To Consider Giving A Break To Doctors In Service During Pandemic 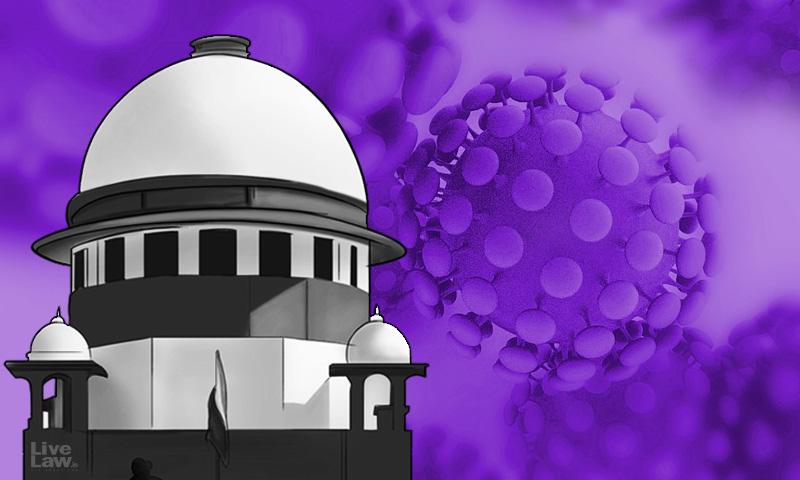 The Supreme Court on Tuesday asked the Centre to consider providing a break to doctors who have been consistently serving at the frontline during the pandemic."They are doctors, not paupers! They haven't been given any break for the last few months. Continuous work affects mental health," said a bench of Justices Ashok Bhushan, R Subhash Reddy & MR Shah. Bench said that it will take...

The Supreme Court on Tuesday asked the Centre to consider providing a break to doctors who have been consistently serving at the frontline during the pandemic.

"They are doctors, not paupers! They haven't been given any break for the last few months. Continuous work affects mental health," said a bench of Justices Ashok Bhushan, R Subhash Reddy & MR Shah. Bench said that it will take into account submissions and suggestions and will pass a comprehensive order on Friday this week.

The Solicitor General assured the bench that the government would consider the suggestion of the bench to grant some break to health workers engaged in COVID-19 duty.

The Court was hearing its suo moto case titled, "In Re: Proper Treatment of COVID-19 Patients and Dignified Handling of Dead Bodies in the Hospitals, etc".

Today, Solicitor General Tushar Mehta informed court that audit reports regarding fire safety had come in from various states and a compilation had been placed before the court by the Centre in light of the Court's suo motu case regarding fire safety which it had taken account of in light of the Fire that broke out in covid designated hospitals at Rajkot and Ahmedabad. He added that the compilation showed that it was no "rosy picture".

"None of the states have stated the number of covid hospitals and whether there is any protocol being followed. Some of them talking about 2016!," says Justice Shah.

The Solicitor General then said that 328 Fire Safety Officers have been appointed as designated officers in Gujarat, adding that the numbers of each of these officers and their details have been filed on record and rest with the Centre.

"This is why have put everything on record. We don't want to project like everything is hunky dory," replied the SG

The top court also took note of the fact that the Gujarat government had levied around Rs 90 crore fine for not wearing face masks. "It is shocking and still there is no deterrence," said Justice Shah.

The Law Officer at this juncture stated that Rs 500 was not a fine, acting as a deterrent enough in terms of which covid protocols for mask-wearing could be enforced.

On December 9, the court had ordered that with regard to fire safety audit, compilation of all data by states must be filed within 3 days.

It said that the Ahmedabad fire incident may also be inquired into by the same Committee appointed for inquiring into Rajkot Fire incident.

Further, the court held that as per its directions on 3.12.2020, suggestions by states (for ensuring compliance of covid safety measures and for enforcing mask-wearing) may come on record by the end of last week.

On December 3, the court had directed the Centre and State Governments to put forth suggestions for proper implementation of guidelines and SOP's for social distancing and wearing masks during COVID-19.

The bench had stated that even thought stringent guidelines were in place for ensuring social distancing and wearing masks, they were not achieving desired results and neither were they being followed by most of the states.

Court had then, further taken note of the submission that there have been large public gatherings including political, religious, ceremonial where the social distancing is given a go-bye and there are no appropriate mechanism to check such social gatherings and gave time to states and the Centre so that appropriate suggestions in the above regard so that appropriate directions may be issued by this Court to implement the guidelines and to ensure the compliance by 7th December, 2020.

Court also issued notice to the State of Himachal Pradesh to file a status report regarding treatment of Covid patients in different hospitals, infrastructure and facilities available there and listed the Suo Motu petition for consideration on December 9, 2020.

The Court had earlier taken suo motu cognisance of the fire which broke out at a COVID-19 designated hospital in Gujarat's Rajkot in the wee hours of the morning of November 27.

In this light, the Solicitor General informed Court that a meeting had been convened and various measures had been put in place to maintain and inspect the premises.

Last month, the top court had observed that the pandemic situation is likely to worsen across the country in the coming months and States as well as the Centre must be well-equipped to deal with the Covid19 crisis.

In this light, the bench had directed the States of Delhi, Maharashtra, Gujarat & Assam to file status reports with respect to the Covid19 cases in respective states, the ground situation for handling crisis as well as steps taken.