"We Are Not a One Stop Solution For Every Problem In The Country": Supreme Court Declines Plea Seeking Directions To Hold Bye Elections In Manipur 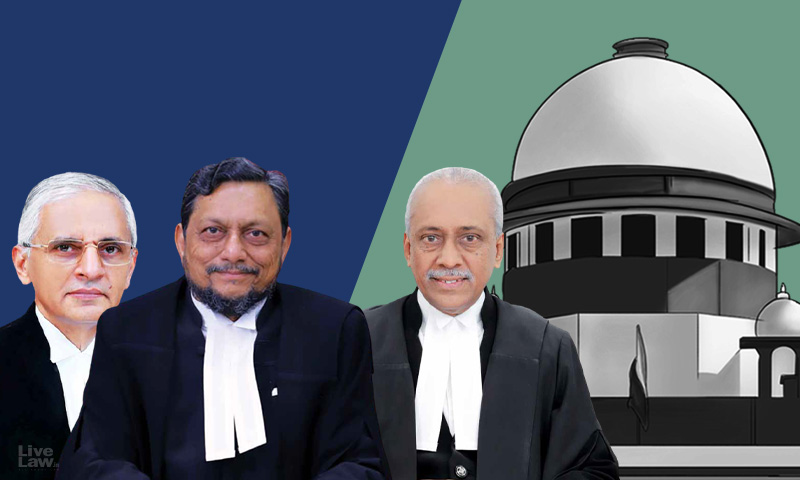 Supreme Court has on Wednesday declined to entertain the plea filed by BJP politician Okram Henry Singh seeking a direction to the Election Commission of India to hold bye elections to the post of MLA of 15-Wangkhei Assembly Manipur.

A three-judge Bench of CJI Bobde, Justice Bopanna and Justice Ramasubramanian has granted Singh the liberty to withdraw the plea and approach the High Court. The present plea sought that the elections be conducted in accordance with the provisions of Section 151 A of the Representation of Peoples Act, 1951.

The petitioner was represented by Senior Advocates Mukul Rohatgi and Vinay Navare and Advocates Anish R Shah and Abdulrahiman Tamboli before the top Court.

During the hearing, the Bench inquired if the plea has become infructuous. Senior Advocate Mukul Rohatgi appearing on behalf of the petitioner responded by stating that, they have one prayer which survives. He added that the elections have to be held in 6 months, unless it is not physically possible to hold elections.

"More than 6 months have lapsed, why isn't the Election Commission not holding elections, so I can contest again" Rohatgi remarked. The Bench then asked the petitioner to approach the High Court instead.

"We are not a one stop solution for every problem in the country." CJI remarked. "One stop shop as we say" Rohatgi responded.

Singh through the present plea, sought a relaxation of the 6 months conditions mentioned in Article 164 (4) from continuing as a Minister, in view of the situation arising out of the global Covid-19 pandemic.

The plea stated that Singh was elected as a Member of Legislative assembly from the 15-Wangkhei Assembly Constituency, Manipur by a considerable margin of votes, and his term was originally from March, 2017 to March, 2022. At the time of getting elected, he belonged to the Indian National Congress Party (INC) but due to some ideological differences, the he resigned as MLA of Congress and joined another political party in August, 2020.

The petitioner has argued that in the case of the said causal vacancy having arisen, the Election Commission is under an obligation to conduct bye-election within a period of 6 months.

The petunia has further stated t that he was appointed as a Cabinet Minister in the State on 24th September 2020 , and therefore he cannot continue as a Minister beyond 6 months from the said date, since he is not a Member of the Legislature of the State. The situation has arisen due to Election Commission's failure in fulfilling its obligation to conduct bye-elections within 6 months of 11.08.2020.

According to the petitioner, the Election

Commission of India is not conducting the bye-elections in view of the fact that the Election Petition challenging Petitioner's election is pending before the Manipur High Court. However, the pleadings there are complete and despite a mandatory provision to complete trial of the election period within a period of 6 months, it's been pending for the past 4 years.