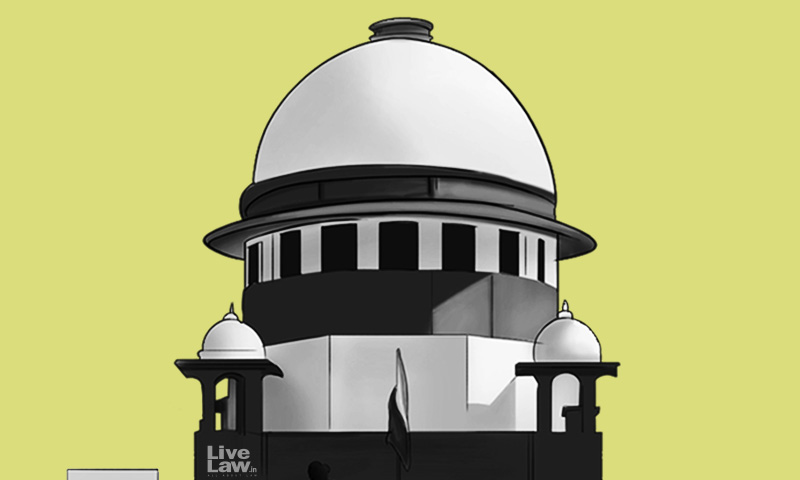 The Supreme Court has observed that anticipatory bail granted ignoring material aspects including the nature and gravity of the offence is liable to be cancelled. The bench of Justices DY Chandrachud and BV Nagarathna in the present matter was hearing a criminal appeal assailing High Court's order granting anticipatory bail to the accused(s) in connection with a crime registered...

The Supreme Court has observed that anticipatory bail granted ignoring material aspects including the nature and gravity of the offence is liable to be cancelled.

The bench of Justices DY Chandrachud and BV Nagarathna in the present matter was hearing a criminal appeal assailing High Court's order granting anticipatory bail to the accused(s) in connection with a crime registered for offences punishable u/s 302 and 323 r/w 34 of IPC, 1860.

Top Court while setting aside the orders granting anticipatory bail observed that,

"The Court has to determine whether, on the basis of the material available at this stage, the High Court has applied the correct principles in allowing the applications for anticipatory bail. The offence is of a serious nature in which Vikas Singh was murdered. The FIR and the statements under Sections 161 and 164 of the CrPC indicate a specific role to Jogendra Singh and Suryabhan Singh in the crime. The order granting anticipatory bail has ignored material aspects, including the nature and gravity of the offence, and the specific allegations against Jogendra Singh and Suryabhan Singh. Hence, a sufficient case has been made out for cancelling the anticipatory bail granted by the High Court."

The appellant (Prashant Singh Rajput) on September 29, 2021, was at Negai Tiraha with the deceased (Vikas Singh) who was the appellant's brother in law and two other individuals, Rajkishore Rajput and Dharmender Patel. 4 accused(s) namely Ujiyar Singh, his two sons Chandrabhan Singh and Suryabhan Singh and his driver Jogendra Singh arrived in a jeep. Due to alleged rivalry, Ujiyar Singh and Chandrabhan Singh shot at Vikas Singh, while Jogendra Singh held him, leading to his death while Suryabhan Singh hit the appellant on his head with the butt of his gun, leading to an injury.

Upon being brought to a hospital, Vikas Singh was pronounced dead, following which the appellant registered an FIR under section 302 and 323 of IPC read with 34 of IPC, 1860.

Apprehending arrest, Jogendra Singh filed anticipatory bail application u/s 438 CrPC, 1973 during the investigation of the incident which was rejected on October 8, 2020.

Upon submission of final report u/s 173 CrPC as per which Ujiyar Singh and Chandrabhan Singh were named as accused but Jogendra Singh and Suryabhan Singh were stated to have no role in death since they were in Jabalpur 40 kms away from the spot where the incident occurred, the appellant filed a protest petition.

The investigation officer ("IO") on March 8, 2021 filed a supplementary challan pursuant to directions for further investigation by the Judicial Magistrate First Class. The challan stated that evidence had emerged showing the involvement of Ujiyar Singh and Chandrabhan Singh in the deceased's death. Hence, the JMFC in order dated March 10, 2021 observed that the IO had conducted an investigation only against Ujiyar Singh and Chandrabhan Singh, and had not properly considered the accusations against Suryabhan Singh and Jogendra Singh. Both of them were thus summoned.

Apprehending arrest, Suryabhan Singh and Jogendra Singh filed an anticipatory bail application before the Trial Court which was rejected and they thereafter approached the High Court.

The Single Judge of the Jabalpur bench of Madhya Pradesh High Court while allowing Jogendra Singh's anticipatory bail on July 1, 2021, noted that the investigation report did not reveal that Jogendra was present at the spot of crime.

Observing that the veracity of such a report could not be questioned at this stage, the Court held that even if he was present at the spot, there was no allegation against him of having fired at the deceased or having provoked the accused(s) to fire at the deceased.

While allowing Suryabhan Singh's anticipatory bail application on May 31, 2021, the High Court observed that the investigation report indicated that Suryabhan was not present at the spot of the incident. However, based on the statement of witnesses, the tower location of mobile numbers of the accused(s) and the CCTV footage, he was in Jabalpur. The High Court further held that the 'only' allegation against Suryabhan Singh was that he attacked the appellant, but that it only resulted in a simple injury.

Assailing the High Court's judgement, Advocate Uday Gupta appearing for the appellant submitted that the High Court ignored the FIR and the statements of the appellant and the other eye-witnesses according to which Jogendra Singh and Suryabhan Singh were present at the spot since the four accused had come together in a jeep, and each had a specific role in the crime. It was also his contention that the Single Judge has ignored the seriousness and gravity of the crime, as well as material aspects and hence, this Court, should cancel the anticipatory bail granted, in accordance with the principles laid down by this Court in Mahipal v. Rajesh Kumar (2020) 2 SCC 118, para 16.

Appearing for the accused Jogendra Singh, Advocate SK Gangele submitted that the IO's report showed that he was not present at the spot but was in Jabalpur. He also argued that the FIR registered at Ujiyar Singh's behest provided for an alternate explanation of the events that lead to the deceased's death.

Senior Advocate RC Mishra appearing for Suryabhan Singh averred that the FIR and the appellant's statement u/s 161, CrPC did not make any allegation of Suryabhan Singh having fired at the appellant prior to hitting him with a gun, while his statement under Section 164 of the CrPC made that claim for the first time. He further averred that no such empty cartridge was found and only the bullets in the body of the deceased had been recovered.

Advocate Abhinav Srivastava representing the State submitted that the crime was of a serious nature and that JMFC's order dated January 13, 2021 said that although Ujiyar Singh and Chandrabhan Singh had been arrested and kept in Judicial Custody, Jogendra and Suryabhan were absconding.

"The supplementary challan dated 8 March 2021 indicates that more material had emerged during the course of investigation as against the events portrayed in the FIR registered at the behest of Ujiyar Singh. Hence, the case portrayed by the appellant could not have been ignored by solely relying on the counter-FIR," bench also noted.

Observing that the material at this stage could not be examined with a fine-tooth comb in the manner of a criminal trial, the bench in the judgement authored by Justice DY Chandrachud observed that,

"The High Court has placed reliance upon the report submitted under Section 173 of the CrPC on 15 December 2020 to hold that Jogendra Singh and Suryabhan Singh were not present when the incident occurred. However, the High Court has not addressed the clear deficiencies in the course of the investigation which have been highlighted in the order of the JMFC dated 13 February 2021 and the trial Court's order dated 24 March 2021. These are, inter alia: (i) the failure to notice eye-witness statements; (ii) reliance on CCTV footage for the period of time after the incident had occurred, ignoring prior or contemporaneous footage; (iii) not collecting CCTV footage between Jabalpur and the scene of offence; (iv) relying on CDRs without determining if Jogendra Singh and Suryabhan Singh had actually used the number; and (v) not conducting any fingerprint analysis."

The Bench thereafter, while allowing the appeal, also noted that the deficiencies in the investigation were noted by the trial court in the order dated March 24, 2021 but were overlooked by the Single Judge bench of the High Court.