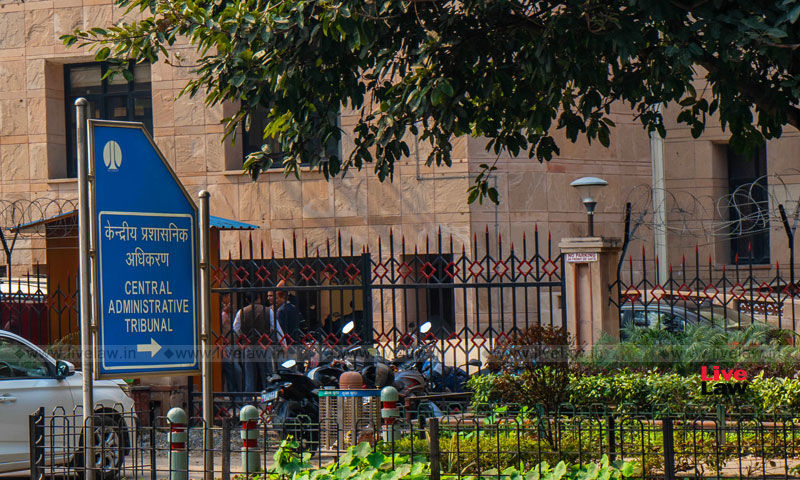 Taking note of the vacancies in the Central Admininstrative Tribunals, the Supreme Court on Friday passed an order directing incumbents who are holding the post of members of CAT as judicial or administrative members to continue to function even beyond their term, subject to their consent and availbility .

The Court invoked its extraordinary powers under Article 142 of the Constitution of India to pass this direction as a special arrangment.

Remarking that the vacancies would impinge upon the citizen's right to access of justice, the bench of Justices DY Chandrachud and Surya Kant said that the arrangement is made till the next date of listing which is July 26, 2022 by which date it is anticipated that the vacancies in CAT would be filled up.

"Most benches of CAT indicate that there are substantial vacancies & constitution of bench for regular hearing OA's would be a difficult exercise.

Since vacancies would impinge upon citizens' right to access of justice this court is of the view that exercise of Jurisdiction under Article 142 is mandated.

We accordingly direct that pending further orders, the incumbents who are holding the post of members of CAT as judicial or administrative members shall continue to function even after the completion of their tenure subject to their consent and availability to act as judges. This arrangement is being made till the next date of listing by which date it is anticipated in terms of the statement made on behalf of Union of India in this court that vacancies would be filled up. List on July 26," the bench said in its order.

The directions were issued in a petition filed by Central Administrative Tribunal (Principal Bench) Bar Association seeking stay on the impending retirement of all the existing Judicial/Administrative Members of CAT who are due for retirement till all the vacancies which arose from 2019-2022 are filled by actual joining of candidates.

What Transpired In The Supreme Court Today ?

When the matter was called for hearing, Justice DY Chandrachud the presiding judge of the bench, while focusing on the counter affidavit filed by the Centre said, "We just saw your Counter Affidavit, and out of 69 members in CAT across India, 29 judges are in place today and there are 41 vacancies. How will the tribunals function if you do not make the appointment?"

"You have issued an Advertisement on April 7 so the appointment will take time. The average selection process takes time and meanwhile if the 29 members are working and if they also retire, the entire tribunal system will collapse. It's already collapsed because you yourself are saying that they are working through virtual mode and from different places they are holding benches," remarked Justice Kant.

Responding to the remarks posed by the bench, ASG said that by July, the appointments of 34 vacancies will take place.

Counsel for the petitioner had submitted that as a matter of fact, the correct present strength of the judges is 27 & not 29.

"We have to ensure that if the Tribunals are going to be understaffed, as regards the judges who are going to retire, we will exercise our 142 jurisdiction and say that they will not demit office and continue to stay till you make fresh appointments. These tribunals have taken over the work of High Courts. Employees of the govt would have gone to HC for the service disputes and because of the tribunals they have lost this chance and now they go before the Tribunals. If there is nobody to take their case too, what about access to justice?" remarked Justice Chandrachud.

While remarking that the Top Court would ask the incumbents who are holding the post of members of CAT as judicial or administrative members to continue to function even after the completion of their tenure till the bench takes up the matter at the end of July, the bench said, "Parties will be at liberty to move the High Court under Art 226. The Bar wants the cases to only be heard by the Tribunal only."

Again emphasizing that the Central Government would be able to make appointments to the 34 vacancies, ASG submitted that till July, only 2 vacancies would arise.

The bench however directed the members to continue to function after completion of their tenure till the next date of listing.

Preferred by Central Administrative Tribunal (Principal Bench) Bar Association, New Delhi, it was stated in the petition that although 35 Judicial Members including the Chairman and 35 Administrative Members cater to 19 benches and 8 circuit benches but due to retirement of members at regular intervals, many benches of the Tribunals have become non functional.

"As on 31st March, 2022 the Guwahati Bench has become totally non-functional as no Member is available there. Besides the Jabalpur Bench, Cuttack Bench, Lucknow Bench, Jammu and Srinagar Bench are left with only one member either Judicial or Administrative because of which no division bench can be constituted there," the petition stated.

The plea further stated that if the said situation continues for a couple of more months, more than half of the sanctioned benches of the Central Administrative Tribunal will become non-functional.

The petition has been filed through AOR Amita Singh Kalkal.