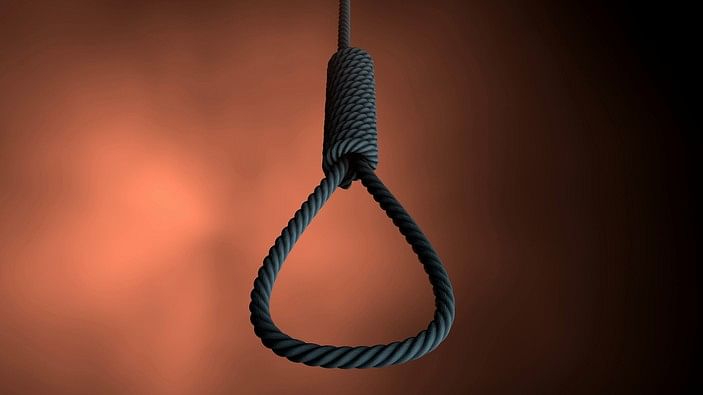 We believe that there is hope for reformation, rehabilitation, the Supreme Court observed while it commuted death sentence awarded to a man accused of rape and murder of a five year old girl.The court said that the accused has committed an abhorrent crime, but the option of imprisonment for life is certainly not foreclosed in this case."We believe that incarceration for life will serve...

We believe that there is hope for reformation, rehabilitation, the Supreme Court observed while it commuted death sentence awarded to a man accused of rape and murder of a five year old girl.

The court said that the accused has committed an abhorrent crime, but the option of imprisonment for life is certainly not foreclosed in this case.

"We believe that incarceration for life will serve as sufficient punishment and penitence for his actions, in the absence of any material to believe that if allowed to live he poses a grave and serious threat to the society, and the imprisonment for life in our opinion would also ward off any such threat. We believe that there is hope for reformation, rehabilitation, and thus the option of imprisonment for life is certainly not foreclosed and therefore acceptable.", the bench of Justices L. Nageswara Rao, Sanjiv Khanna and BR Gavai observed.

The court, however, directed that the accused shall not be entitled to premature release/remission until he has undergone actual imprisonment for at least thirty (30) years.

The case of the prosecution is that the accused – Irappa Siddappa Murgannavar – subjected a five year old girl (R) to rape, killed her by strangulation, and then disposed of her body, tied in a gunny bag, into the stream named Bennihalla.  The case against him was based on three-fold circumstances: (i) that he took away R from a neighbour's house on 28th December 2010; (ii) that the accused was last seen by certain witnesses carrying R and a gunny bag towards the Bennihalla stream; and (iii) that based on the disclosure statement of the accused on 1st January 2011, the dead body of R was recovered in a gunny bag from Bennihalla. The Trial Court convicted the accused and sentenced him to death. The same was affirmed by the Karnataka High Court.

In appeal, the Apex Court affirmed the conviction of the accused. It said that the circumstances relied upon are fully established; they are conclusive in nature and tendency; the chain of evidence is so complete as not to leave any reasonable ground for conclusion consistent with the innocence of the appellant; the facts established are consistent only with the hypothesis of the guilt of the accused and exclude every hypothesis except the one proved. To commute the sentence, the court made the following observations:

It appears from the above data that low age of the victim has not been considered as the only or sufficient factor by this Court for imposing a death sentence. If it were the case, then all, or almost all, 67 cases would have culminated in imposition of sentence of death on the accused. In the case of Bantu alias Naresh Giri v. State of Madhya Pradesh,  where the appellant was accused of raping and murdering a six year old girl, this court noted that though his act was heinous and required condemnation, but it was not rarest of the rare, so as to require the elimination of the appellant from the society. There too, there was nothing on record to indicate criminal antecedents of the appellant or to show that he would be a grave danger to the society

There Are Mitigating Circumstances

The court observed that the observation by the High Court that there are no mitigating circumstances at all is incorrect. The court said:

"To begin with, it is clear that the appellant had no criminal antecedents, nor was any evidence presented to prove that the commission of the offence was preplanned. As submitted by the counsel for the appellant, there is no material shown by the State to indicate that the appellant cannot be reformed and is a continuing threat to the society. On the contrary, it can be seen from the Death Sentence Prisoner Nominal Roll dated 17th July 2017 issued by the Chief Superintendent, Central Prison, Belgaum, that the conduct of the appellant in jail has been 'satisfactory'. We would consider the appellant's conduct in prison as expiation for his past deeds, also reflecting his desire to reform and take a humane turn. Furthermore, the young age of the appellant at the time of commission of the offence (23 / 25 years), 8 his weak socioeconomic background,9 absence of any criminal antecedents, non pre-meditated nature of the crime, and the fact that he has spent nearly 10 years 10 months in prison have weighed with us as other extenuating factors, which add up against imposition of death penalty which is to be inflicted only in rarest of the rare cases. The respondent State has not shown anything to prove the likelihood that the appellant would commit acts of violence as a continuing threat to society; per contra, his conduct in the prison has been described as satisfactory"

The bench, therefore, partly allowed the appeal and observed thus: