Sec 120B IPC - Not Safe To Convict A Person For Criminal Conspiracy In Absence Of Evidence Showing Meeting Of Minds : Supreme Court 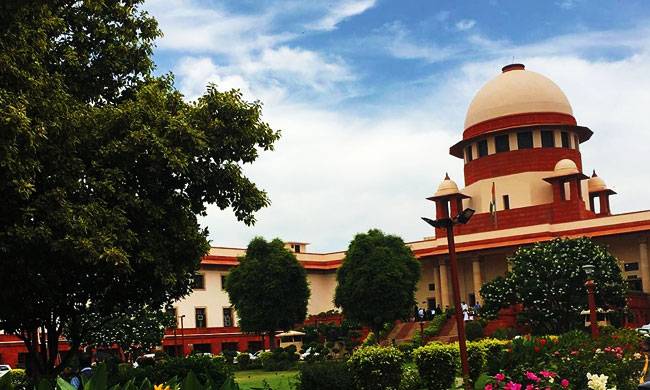 The Supreme Court has observed that in absence of any evidence to show meeting of minds between the conspirators for the intended object of committing an illegal act, it is not safe to hold a person guilty for offences under Section 120-B of IPC.The bench of Justices R Subhash Reddy and Hrishikesh Roy was considering a criminal appeal against the judgement dated March 17, 2020, passed by...

The Supreme Court has observed that in absence of any evidence to show meeting of minds between the conspirators for the intended object of committing an illegal act, it is not safe to hold a person guilty for offences under Section 120-B of IPC.

The bench of Justices R Subhash Reddy and Hrishikesh Roy was considering a criminal appeal against the judgement dated March 17, 2020, passed by the Punjab and Haryana High Court ("impugned order"). By way of the impugned order the High Court had dismissed the appeal filed by the appellant / accused and upheld the conviction and order of sentence passed by the Additional Sessions Judge, Rewari.

While allowing the appeal in Parveen @Sonu v State of Haryana the bench observed that,

"It is fairly well settled, to prove the charge of conspiracy, within the ambit of Section 120-B, it is necessary to establish that there was an agreement between the parties for doing an unlawful act. At the same time, it is to be noted that it is difficult to establish conspiracy by direct evidence at all, but at the same time, in absence of any evidence to show meeting of minds between the conspirators for the intended object of committing an illegal act, it is not safe to hold a person guilty for offences under Section 120-B of IPC. A few bits here and a few bits there on which prosecution relies, cannot be held to be adequate for connecting the accused with the commission of crime of criminal conspiracy. Even the alleged confessional statements of the co-accused, in absence of other acceptable corroborative evidence, is not safe to convict the accused."

On March 14, 2009 when the police were escorting four accused(s) from Central Jail, Jaipur to be produced before CJM Court, Bhiwani they were attacked by four young boys who tried to rescue the accused(s). The accused, who were in custody, also tried to escape and snatch the official carbine. One of the accused fired upon Head Constable Arjun Singh who succumbed to firearm injuries. Pursuant to completion of the investigation, all the accused were prosecuted for the offences punishable under Sections 224, 225, 332, 353, 392, 307, 302, 120-B of the IPC and Section 25/54/59 of the Arms Act.

The accused Amarjit Singh and Surender Singh @ Dhattu were further held guilty for commission of offence punishable under Section 25 of the Arms Act and by order dated January 18, 2010 on the quantum of sentence, they were sentenced to life imprisonment along with fine of Rs.5,000/- each for the offences under Section 302 r/w Section 120-B of the Indian Penal Code, apart from conviction for other offences.

Appearing for the appellant, Advocate Rishi Malhotra submitted that though there was no concrete proof to establish the participation of the appellant in the alleged crime, the Trial Court as well as the High Court believed the prosecution story in absence of any supporting evidence and convicted him. It was submitted that except for the alleged confessional statements of co-accused, there was no other acceptable evidence to connect the appellant herein to the crime. He further argued that there was no TIP (Test Identification Parade) conducted and the accused, who was apprehended as per the prosecution, was only Vinod and all the other three persons fled away.

Counsel further contended that though there was absolutely no evidence to connect the appellant/accused, the Trial Court had convicted the appellant in absence of any acceptable evidence to prove the guilt of the appellant and even the High Court, except recording the depositions of all the witnesses, had not considered any of the grounds urged, and dismissed the Appeal.

Additional AG for the State of Haryana Advocate Bansuri Swaraj submitted that there was sufficient material, evidence on record that clearly established the accused's guilt beyond reasonable doubt.

The bench in the judgement authored by Justice R Subash Reddy relied on the Top Court's judgement in Indra Dalal v. State Of Haryana (2015) 11 SCC 31 in which the court had considered the conviction based only on confessional statement and recovery of the vehicle used in the crime.

Reference was also made to Uppa alias Manjunatha v. State of Karnataka (2013) 14 SCC 729 in which it was observed that when an accused is held guilty and sentenced to imprisonment, confirmation of sentence by the High Court is justifiable only in the event of giving sound reasons upon analysis of material evidence.

The bench thus observed that the prosecution had failed to prove its case, that the appellant herein, had conspired with other accused for the offences for which he was charged.

"Except the alleged confessional statements of the co- accused and in absence of any other corroborative evidence, it is not safe to maintain the conviction and sentence imposed upon the Appellant. The findings recorded by the Trial Court in convicting the appellant mainly on the ground that he was one of the conspirators for the crime in question, is erroneous and illegal. The High Court has not considered the evidence on record in proper perspective and erroneously confirmed the conviction and sentence imposed on the appellant," Court observed while allowing the appeal.