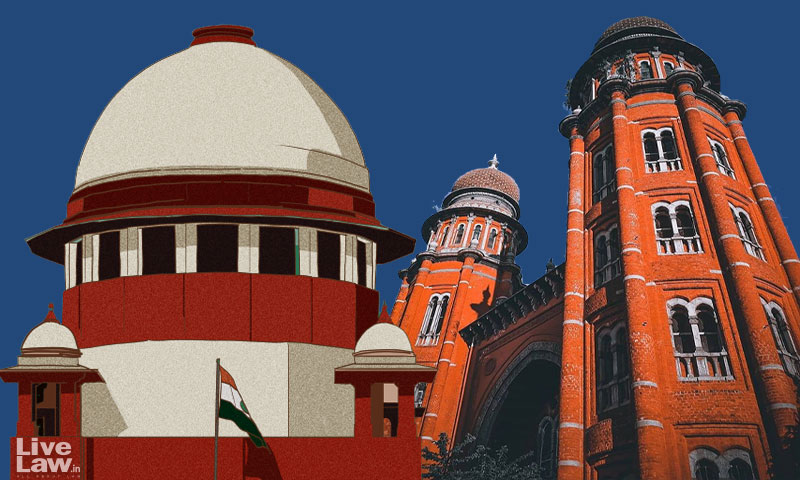 The Supreme Court on Friday criticized the Madras High Court for not allowing SP Velumani, former Tami Nadu Minister during the AIADMK term, to have a copy of the preliminary report filed against him in a corruption case.

"When the State has not pleaded any specific privilege which bars disclosure of material utilized in the earlier preliminary investigation, there is no good reason for the High Court to have permitted the report to have remained shrouded in a sealed cover", said a bench led by the Chief Justice of India NV Ramana while ordering the High Court to give copy of the preliminary report to Velumani.

The preliminary report, filed during the AIADMK government, had exonerated Velumani, but after the DMK government came to power, the State changed its stand and registerd FIR against Velumani.

It must be emphasized that prosecution by the State ought to be carried out in a manner consistent with the right to fair trial, as enshrined under Article 21 of the Constitution, the Court stated(SP Velumani vs Arappor Iyakkam & Ors).

The Bench, also comprising Justice Krishna Murari and Justice Hima Kohli, observed that the High Court committed patent error by not considering the material before it and not taking the matter to its logical conclusion, and also made sweeping observations prejudicial to appellant relying on submissions made on behalf of the State.

"It was the High Court which had ordered that a preliminary enquiry be conducted and a report be submitted by the special investigating officer. However, once the enquiry was completed, the High Court failed to even peruse the said report. Rather, the High Court left the decision completely in the hands of the State Government. Such an approach, as adopted by the High Court in the present matter, cannot be countenanced in law", the bench recorded.

The bench observed that when the State government changed its stand with regard to the appellant, the High Court neither gave an opportunity to appellant to defend himself nor sought justification from the State.

"Although the High Court directed the appellant to file a counter affidavit in the writ proceedings, the State hastened to register the aforesaid FIR on 09.08.2021.It is noteworthy that the initial affidavit filed by the State was categorical that they did not intend to pursue action against the appellant herein. However, the subsequent change of stand by the State clearly contradicts the expectation brought about by the initial affidavit. The principles of natural justice demanded that the appellant be afforded an opportunity to defend his case based on the material that had exonerated him initially, which was originally accepted by the State", the bench said.

The court has issued the order in Velumani's specials leave petition challenging the High Court's order declining his request for copy of the preliminary inquiry report and the materials collected by a Police Officer appointed by the Madras High Court.

The State argued that the entitlement to get copies of documents under Section 207 CrPC will arise only after the Magistrate takes cognizance. The Court however said that the said rule is not applicable in the instant case.

"We may note that the contention of the State may be appropriate under normal circumstances wherein the accused is entitled to all the documents relied upon by the prosecution after the Magistrate takes cognizance in terms of Section 207 of CrPC. However, this case is easily distinguishable on its facts. Initiation of the FIR in the present case stems from the writ proceedings before the High Court, wherein the State has opted to re­examine the issue in contradiction of their own affidavit and the preliminary report submitted earlier before the High Court stating that commission of cognizable offence had not been made out. It is in this background we hold that the mandate of Section 207 of CrPC cannot be read as a provision etched in stone to cause serious violation of the rights of the appellant­ accused as well as to the principles of natural justice".

The Apex Court had earlier come down heavily on the Madras High Court for its order declining to provide a copy of the preliminary inquiry report.

"This is what happens when we allow political scores to be settled in courts", the court had remarked

"This is not correct, the High Court is wrong. Suppose tomorrow i order an inquiry, and the Agency submits a report. Can i say no keep it in sealed cover I'll send it to government? If they accepted the PIL, ordered an inquiry, a report is submitted, how can the High court say like this?" the Chief Justice of India remarked

While referring to the present matter as a case of 'regime revenge', the CJI led bench had also made remarks against the stand of the Tamil Nadu Government in the present case and stressed on the importance of Investigating Agencies being fair without being influenced by the party in power.

The direction was given by Division Bench of Chief Justice Sanjib Banerjee and Justice P.D Audikesavalu while disposing off two petitions filed against alleged discrepancies in handing out public works contracts of Chennai and Coimbatore Corporations.

It was alleged that the former Minister deliberately reduced the number of tenderers for public works and awarded contracts to his close aids, in violation of the Tamil Nadu Transparency in Tenders Act, 1998 and the Rules, as well as the Competition Act.

The High Court's Order had come in the plea filed by 'Arappor Iyakkam', an NGO and MP R.S. Bharathi. Back in January 2019, the former had approached the court to issue a Writ of Mandamus directing DVAC to register an FIR on the basis of its complaint dated 12.09.2018.

However, after the new government under DMK-alliance came to power in May 2021, the State changed its stand and said that the CAG report has flagged certain irregularities in tender process. Based on this stand, the High Court in July 2021 ordered that the "State should spare no effort in getting to the bottom of the matter and proceed against those found to be responsible for the irregularities". Following this order, the State registered an FIR. In that backdrop, Velumani moved an application seeking copy of the preliminary report.

The High Court turned down the request and said that he will be entitled to the copy of the report when the final report is filed. The Court also disposed of the PIL directing the DAVC to submit final report within 10 weeks. Now, the Supreme Court has restored the PIL and has asked the preliminary report to be shared with Velumani.

The following direcetions are issued by the SC :

a. The High Court is directed to supply a copy of the report submitted by Ms. R. Ponni, Superintendent of Police along with the other documents to the appellant herein.

c. The High Court is directed to dispose of the cases on their own merit, uninfluenced by any observation made herein.

d. Although the prayer for quashing of the FIR was not orally pressed before this Court, however, the appellant is granted liberty to seek appropriate remedy before the High Court.

Constitution of India- Article 21- Fair Trial - It must be emphasized that prosecution by the State ought to be carried out in a manner consistent with the right to fair trial, as enshrined under Article 21 of the Constitution (Para 27)

Fair Investigation - Supreme Court criticises Madras High Court for keeping preliminary enquiry report in sealed cover without sharing with the accused- "When the State has not pleaded any specific privilege which bars disclosure of material utilized in the earlier preliminary investigation, there is no good reason for the High Court to have permitted the report to have remained shrouded in a sealed cover (Para 28)

Fair investigation - The principles of natural justice demanded that the appellant be afforded an opportunity to defend his case based on the material that had exonerated him initially, which was originally accepted by the State (Para 22)