Repeated Filing Of Cases & Complaints Against Spouse Can Amount To 'Cruelty' For Granting Divorce: Supreme Court 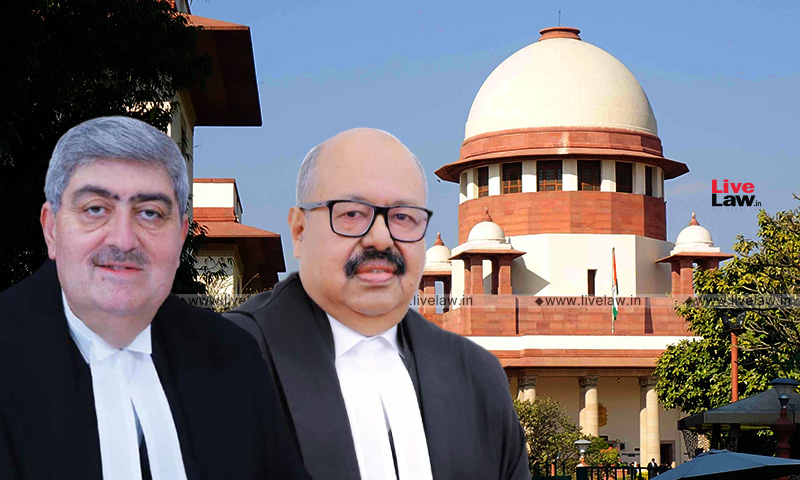 The Supreme Court observed that repeated filing of cases and complaints against a spouse can amount to 'cruelty' for the purpose of granting divorce under Hindu Marriage Act.The bench of Justices Sanjay Kishan Kaul and Hrishikesh Roy, in a case, referred to such conducts, even if they were subsequent to filing of the divorce petition, to grant divorce to a 'husband' on the ground of...

The Supreme Court observed that repeated filing of cases and complaints against a spouse can amount to 'cruelty' for the purpose of granting divorce under Hindu Marriage Act.

The bench of Justices Sanjay Kishan Kaul and Hrishikesh Roy, in a case, referred to such conducts, even if they were subsequent to filing of the divorce petition, to grant divorce to a 'husband' on the ground of irretrievable breakdown of marriage and the ground of cruelty.

In this case, the 'wife' left the company of the 'husband' on the first day of marriage itself.  As she refused his plea to live with him, the husband issued notice seeking divorce on the ground of cruelty under Section 13(1)(i-a) of the Hindu Marriage Act, 1955.  Later, the Trial Court, allowed his divorce petition, on the ground of irretrievable breakdown of marriage. The appellate court set aside the decree of divorce while allowing the petition filed by wife for restitution of conjugal rights. The High Court restored the decree of divorce, allowing the appeal filed by husband. The wife filed review petition inter alia on the ground that it was not within the jurisdiction of the High Court or the trial court to grant a decree of divorce on the ground of irretrievable breakdown of marriage. The same was allowed.

The court noticed that, after filing of divorce petition, the wife had (1) resorted to filing multiple cases in courts (2) approached the High Court to initiate disciplinary action against the husband, who was working as an Asst. Professor  (3) made representations to the college authorities seeking initiation of disciplinary proceedings against him (4) sought information about her husband's remarriage or whether he was living with somebody else, well known to her, and the proceedings were found to be an abuse of the process of the RTI Act (5) lodged a criminal complaint against him under Section 494 IPC (6) complained to the his employer threatening to file a criminal complaint against him, etc.

The following observations have been made in the judgment:

"In appropriate cases, this court has granted decrees of divorce exercising its unique jurisdiction under Article 142 of the Constitution of India, to do complete justice between the parties. Such a course is being followed in varied kinds of cases, for instance where there are inter se allegations between the parties, in order to put a quietus to the matter, the parties withdraw these allegations and by mutual consent, this court itself grants divorce. There are also cases where the parties accept that there is an irretrievable breakdown of marriage and themselves request for a decree of divorce. One of the more difficult situations is where, in the opinion of the court, there is irretrievable breakdown of marriage but only one of the parties is willing to acknowledge the same and accept divorce on that account, while the other side seeks to oppose it even if it means carrying on with the marriage".

legislature's reluctance to introduce irretrievable breakdown as a ground for divorce

6. The ground which is often taken to oppose such a decree of divorce, apart from the absence of legislative mandate, is that the very institution of marriage is distinctly understood in different countries. Under the Hindu Law, it is sacramental in character and is supposed to be an eternal union of  two people - society at large does not accept divorce, given the heightened importance of marriage as a social institution in India. Or at least, it is far more difficult for women to retain social acceptance after a decree of divorce. This, coupled with the law's failure to guarantee economic and financial security to women in the event of a breakdown of marriage; is stated to be the reason for the legislature's reluctance to introduce irretrievable breakdown as a ground for divorce – even though there may have been a change in social norms over a period of time. Not all persons come from the same social background, and having a uniform legislative enactment is thus, stated to be difficult. It is in these circumstances that this court has been exercising its jurisdiction, despite such reservations, under Article 142 of the Constitution of India.

7. A marriage is more than a seemingly simple union between two individuals. As a social institution, all marriages have legal, economic, cultural, and religious ramifications. The norms of a marriage and the varying degrees of legitimacy it may acquire are dictated by factors such as marriage and divorce laws, prevailing social norms, and religious dictates. Functionally, marriages are seen as a site for the propagation of social and cultural capital as they help in identifying kinship ties, regulating sexual behaviour, and consolidating property and social prestige. Families are arranged on the idea of a mutual expectation of support and amity which is meant to be experienced and acknowledged amongst its members. Once this amity breaks apart, the results can be highly devastating and stigmatizing. The primary efects of such breakdown are felt especially by women, who may find it hard to guarantee the same degree of social adjustment and support that they enjoyed while they were married

Pendency of the reference

The court noticed that a constitution bench is yet to examine the reference in Shilpa Sailesh v. Varun Sreenivasan in which issues raised are: (a) what could be the broad parameters for exercise of powers under Article 142 of the Constitution to dissolve the marriage between consenting parties without referring the parties to the family court to wait for the period prescribed under Section 13-B of the Act, and (b) whether the exercise of such jurisdiction under Article 142 should be made at all or whether it should be left to be determined on the facts of each case.

We are conscious that the Constitution Bench is examining the larger issue but that reference has been pending for the last five years. Living together is not a compulsory exercise. But marriage is a tie between two parties. If this tie is not working under any circumstances, we see no purpose in postponing the inevitability of the situation merely because of the pendency of the reference

The court noticed, in spite of this reference, that there have been various instances where the court has exercised its powers to grant divorce in such circumstances. The case at hand, the court said, is not covered by the questions referred to constitution bench.