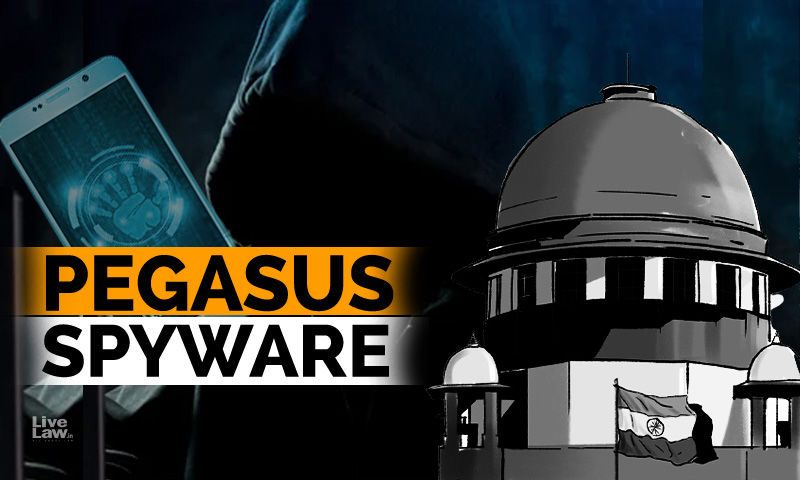 The Supreme Court on Tuesday deferred to Friday(February 25) the hearing of the Pegasus case. The matter was otherwise listed for hearing tomorrow.Solicitor General Tushar Mehta requested the Chief Justice of India to defer the matter to Friday saying that he was engaged in a part-heard matter tomorrow."Tomorrow Pegasus matters are coming up. Im in a part heard matter, I'd be on my legs there....

The Supreme Court on Tuesday deferred to Friday(February 25) the hearing of the Pegasus case. The matter was otherwise listed for hearing tomorrow.

Solicitor General Tushar Mehta requested the Chief Justice of India to defer the matter to Friday saying that he was engaged in a part-heard matter tomorrow.

"Tomorrow Pegasus matters are coming up. Im in a part heard matter, I'd be on my legs there. If it can be kept on Friday", the SG requested.

The Technical Committee constituted by the Court to look into the allegations of widespread and targeted surveillance of politicians, journalists, activist etc using the Pegasus spyware.has submitted an interim report in the case.

A Bench comprising CJI NV Ramana, Justice Surya Kant and Justice Hima Kohli will examine the report along with other petitions relating to the case.

The Court had in October last year constituted a Committee headed by retired Supreme Court judge Justice RV Raveendran and had asked the committee to investigate the matter expeditiously.

The overseeing Judge was assisted in this task by:

The Court constituted the probe committee after making a prima facie finding that the petitioners had established a case. In a judgment emphasising the importance of free speech and press freedom and expressing concerns about unauthorised surveillance, the bench led by CJI NV Ramana stated that national security ground raised by the State cannot totally exclude judicial review. The Central Government had refused to disclose whether it had used Pegasus spyware by stating that it was a national security issue. Rejecting the Centre's defence, the Court said that mere invocation of national security can't give the State a free pass. The Court also rejected the Centre's proposal that it can form a technical committee by saying that an independent committee was required to ensure impartial probe.

Several petitions were thereafter filed before the Top Court seeking an independent probe into the matter, notice whereupon is yet to be issued. However, the Top Court has expressed concern over the alleged incident, saying that no doubt, the allegations are serious, if the reports are true. "Truth has to come out, that's a different story. We don't know whose names are there", CJI NV Ramana said.