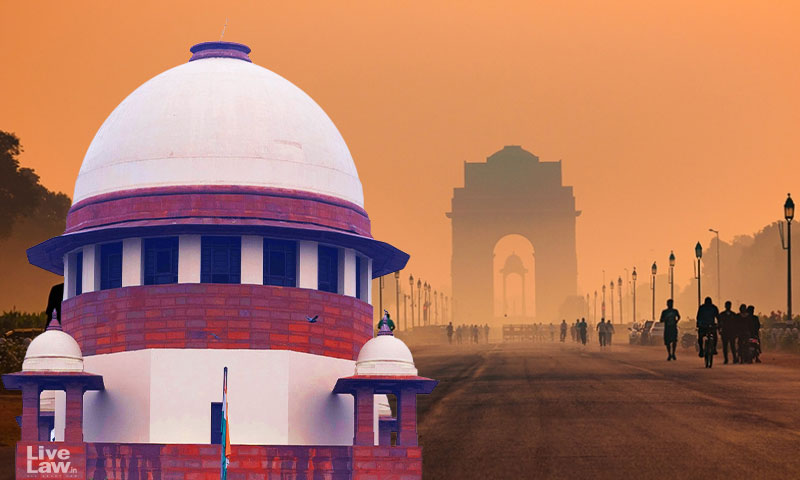 A liquor company has moved the Supreme Court seeking directions for permission to operate its industrial unit without the restriction of operating only for 8 hours and for only 5 days in a week.An application has been filed by Haryana Liquors Ltd seeking relaxations of the curbs imposed to control the air pollution in Delhi-National Capital Region.The Commission for Air Quality Management...

A liquor company has moved the Supreme Court seeking directions for permission to operate its industrial unit without the restriction of operating only for 8 hours and for only 5 days in a week.

An application has been filed by Haryana Liquors Ltd seeking relaxations of the curbs imposed to control the air pollution in Delhi-National Capital Region.
The Commission for Air Quality Management had earlier issued a direction that industrial operations and processes in NCR, where gas is not available and the industrial unit is not running on PNG or cleaner fuels, will be allowed to operate only upto 8 hours a day during weekdays and shall remain closed during Saturdays and Sundays.
The Supreme Court had through its order dated 3rd December taken the Commission's direction on record which was placed in an affidavit before the court filed by Union of India.
The direction is being sought by the applicant on account of the nature of the operations of the applicant which is a continuous process plant as opposed to a start -stop operation.
The application filed through Advocate Yashraj Singh Deora has argued that the impugned direction has resulted in complete halt of any production activity within the plant.
According to the applicant company, it has carried out the activity strictly in accordance with the laws in force pertaining to environment and pollution.
The applicant has argued that unless modified the direction in question will force the shutdown of continuous process plants and thus hit the employees/wage earners of the unit thereby impacting one thousand workers and their families working directly and indirectly with the Applicant's unit.
Further it has been argued that it will also have cyclical impact on other related industrial units located outside the NCR region.
The applicant has submitted that the industry of the applicant in fact purchases stubble from the farmers, thereby giving them incentive not to burn the stubble in the open. Further unless the farmers are incentivised the mere providing of machinery for removal of stubble would not be sufficient as the removed stubble would still have to be stored at appropriate places.
According to the application, the applicant had taken loans from Public Sector banks to the tune of Rs 84 crores to set up the plant and if the plant does not run the Applicant will not be in a position to pay the loans causing unnecessary and consequential action from the financial institutions.
Supreme Court had on December 10th granted liberty to the Commission for Air Quality Management in National Capital Regions to take a decision on the lifting the ban on construction activities, and restrictions on industrial activities, within a week.
A bench comprising Chief Justice of India NV Ramana, Justice DY Chandrachud and Justice Surya Kant accordingly disposed of the intervention applications filed by builders forum, operators of sugar, rice and paper mills etc., taking note of the slight improvement in Delhi's air quality.
The directions were passed in the writ petition Aditya Dubey versus Union of India filed through Advocate Nikhil Jain, seeking emergency steps to control the worsening air quality situation in the national capital.
Case Title: Aditya Dubey (Minor) & Anr vs Union of India & Ors