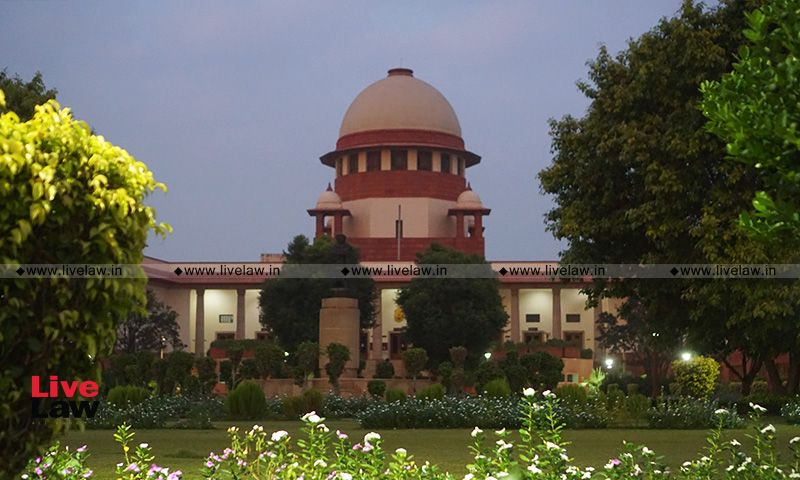 The Supreme Court, on Tuesday, held a petitioner in contempt, who had filed forged medical certificate, claiming to be COVID-19 positive, along with an application seeking extension of time to surrender. A Bench comprising Justices U.U. Lalit, S. Ravindra Bhat and P.S. Narasimha sentenced the contemnor to be detained for one day in the office of the Additional Registrar...

The Supreme Court, on Tuesday, held a petitioner in contempt, who had filed forged medical certificate, claiming to be COVID-19 positive, along with an application seeking extension of time to surrender.

A Bench comprising Justices U.U. Lalit, S. Ravindra Bhat and P.S. Narasimha sentenced the contemnor to be detained for one day in the office of the Additional Registrar (in-charge of security) till the rising of the Court. It further directed him to pay a fine of Rs. 2,000 which would be eventually deposited in the account of the Supreme Court Legal Service Committee. In case of default in paying the fine amount, the contemnor was directed to undergo a default sentence of three days.

The contemnor, Mr. Henry Nikolas Fernandes filed an application under Section 482 Cr.P.C. before the Bombay High Court assailing orders passed by the Court of Judicial Magistrate, 1st Class, 2nd Court at Thane, which sought to cancel the order granting bail to the contemnor. The High Court had rejected the application and eventually the Apex Court refused to interfere in the SLP filed by the contemnor. At the request of the Counsel appearing for Mr. Fernandes, two weeks' time was granted to him to surrender. At this stage, he filed a Miscellaneous Application seeking extension of time to surrender. Along with the application he filed a Laboratory Test Report stating that he was detected to be COVID-19 positive. Though the Court did not grant any extension, it was apprised by the Counsel for the complainant that the certificate was forged and fabricated. The doctors who had issued the certificate were issued notice. As per the affidavits filed by the doctors, they claimed that they had not issued the certificate to the contemnor, but one Ms. Rukhshana Yasin Dhuaru on 27.04.2021.

The Apex Court issued notice to the contemnor as to why action in contempt is not to be initiated against him. Thereafter, the contemnor had tendered unconditional apology for filing fabricated medical certificates. He apprised the Bench that his wife was suffering from several ailments, so he was apprehensive that if he surrenders, he might contract the virus when in custody and would eventually endanger his wife's life. It was also mentioned in this affidavit that he was fearful that if the contemnor surrenders, his bail application will not be heard for months given the backlog of cases that has been aggravated by the pandemic and the limited functioning of Courts. He also stated that his erstwhile Counsel had advised him to somehow get hold of a COVID-19 positive Report to get an extension of time to surrender.

On Tuesday, when the matter was called out, Mr. Balaji Srinivasan, the Counsel appearing on behalf of the contemnor submitted that the contemnor concedes his guilt, leaving it to the mercy of the Court to decide on the issue of punishment.

"It is well settled that a person who comes to the Court must come with clean hands and never make even an attempt to pollute the stream of justice by filing a document which he knows to be false or fabricated."

The Court found him to be guilty of having committed contempt of Court. Considering the fact that he had tendered unconditional apology at the very initial stage, sentenced him to a day's detention.

Mr. Srinivasan submitted that the contemnor shall surrender before the concerned Court within seven days.