"We Cannot Have Two Parallel Legal Systems, One For Rich And Powerful And The Other For Common Man": SC Pulls Up MP Govt. For Protecting Murder Accused 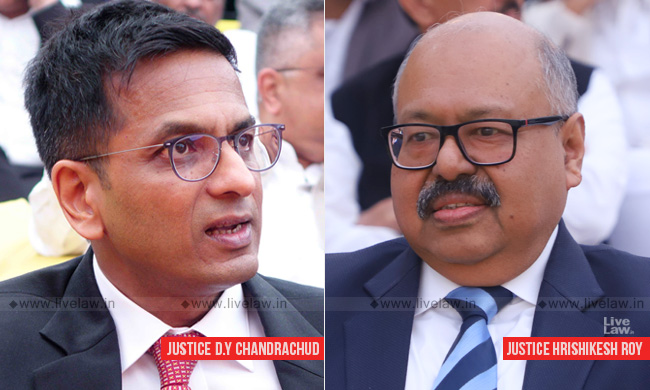 x
"There cannot be two parallel legal systems, one for rich and powerful and the other for common man, and that the existence of a dual system will only chip away the legitimacy of the law", Supreme Court said

The Supreme Court on Thursday held that the independence of the district judiciary, being the first line of defence, is cardinal to the administration of justice, and that if the faith of citizens is to be preserved, the "colonial mindset" towards district judiciary needs to change.Acknowledging that trial judges work in very difficult conditions, the bench emphasised the need to protect...

The Supreme Court on Thursday held that the independence of the district judiciary, being the first line of defence, is cardinal to the administration of justice, and that if the faith of citizens is to be preserved, the "colonial mindset" towards district judiciary needs to change.

Acknowledging that trial judges work in very difficult conditions, the bench emphasised the need to protect the district judiciary. Noting that impartiality is the cornerstone of the independence of judiciary, it has been observed that if a judge gives in to any pressure, the danger of a political clout grows.

In connection with Congress leader Devendra Chaurasia's murder in Damoh, Madhya Pradesh, the Supreme Court pulled up the State Government and its police.

The bench of Justices D. Y. Chandrachud and Hrishikesh Roy was pronouncing the judgment on Chaurasia's son, Somesh Chaurasia's plea in context of the Madhya Pradesh High Court having directed in July, 2019 that the investigation may be completed as far as possible within three months but not later than 90 days, that on completion of the investigation, if Singh is found involved in commission of the crime, he be immediately taken into custody and the procedure as prescribed be followed. It was also observed that neither Singh shall threaten nor influence the witnesses and the complainant side. The High Court had been disposing off the son's plea for cancellation of Singh's bail, noting the statement of the Additional Advocate General for the State that the State Government is further investigating the issue on an application filed on behalf of Singh inter alia stating that he has been falsely implicated. It may be noted that for 2 years since the order, Singh was not produced before the court. In February this year, the competent ASJ had issued warrant for his arrest. Subsequent to that, the said judge was being intimidated by the SP and other police officials and had complained in this behalf to the District Judge.

The Court on Thursday also remarked that there cannot be two parallel legal systems, one for rich and powerful and the other for common man, and that the existence of a dual system will only chip away the legitimacy of the law.

The bench reprimanded the "abject failure of the police to complete the investigation into the murder", that the accused evaded arrest despite the issuance of warrants and the intervention by the top court, and that the state provided security to the accused because his wife happens to be an MLA.

"The High Court ignored material concerns in refusing to interfere in the grant of bail. The order had the effect of interference in Investigation of the FIR", said the bench.

The bench cancelled Singh's bail. Noting that the Additional Sessions Judge in the case had recorded that he is apprehensive about his safety, the bench has asked the Chief Justice of the Madhya Pradesh High Court to conduct inquiry into allegations of the ASJ.

In March this year, the bench had demanded, "The ASJ is being threatened by the SP for issuing the arrest warrant?! Is there any Rule of Law in the state?"

"The order of the learned Additional Sessions Judge dated 8 February 2021 indicates that he is being pressurized by the Superintendent of Police, Damoh, who, together with his subordinates, is attempting to pressurize the judicial officer. The judicial officer has expressed the apprehension that the accused who are "highly influential political persons" have raised false allegations against him and applied for transfer of the pending case which was dismissed by the District Judge after it was found to be false. The learned Additional Sessions Judge has apprehended that he may be subjected to an "unpleasant incident" in the future"."We take serious note of the manner in which the Additional Sessions Judge, Hata who is in charge of the criminal case has been harassed by the law enforcement machinery in Damoh. We have no reason to disbelieve a judicial officer who has made an impassioned plea that he was being pressurized as a result of his orders under Section 319 of the CrPC"."If you cannot make the arrest, admit that you have failed to conduct the administration as per the Constitution", observed Justice Shah."This is jungle-raj!", added Justice Chandrachud.

"We accordingly order and direct the Director General of Police of the State of Madhya Pradesh to immediately ensure the arrest of the second respondent and report compliance by filing a personal affidavit in this Court. The DGP shall also enquire into the allegations levelled by the second respondent against the Superintendent of Police Damoh by the Additional Sessions Judge in his order dated 8 February 2021, noted above. Notice shall issue to the Superintendent of Police, Damoh returnable on 26 March 2021".The Court has also issued a direction to the effect that adequate security shall be provided to Shri R P Sonkar, 2nd Additional Sessions Judge, Hata, District Damoh under the directions of this Court.