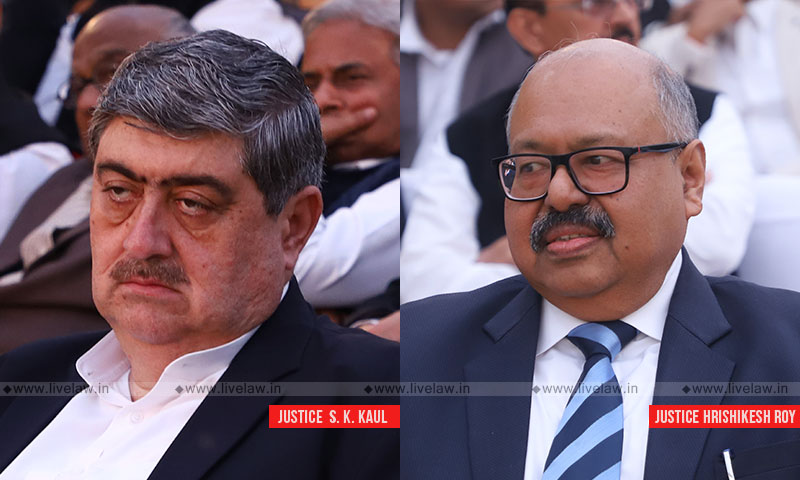 The Supreme Court on Wednesday directed all State Governments and Union Territories to fill up the vacancies in the State Consumer Dispute Redressal Commissions within 8 weeks from today.

Also, the Central Government has been directed to fill up the vacancies in the National Consumer Dispute Rederssal Commission within 8 weeks from today.

Further, the Court directed  Chief Secretaries of States & Centre (Secretary, Consumer) to be present in the virtual hearing on the next date in case of non-compliance of the directions regarding filling up of vacancies in Consumer Redressal Commissions.

The direction was given by a bench comprising Justice Sanjay Kishan Kaul and Justice Hrishikesh Roy in a suo motu case registered taken by the Court to address the issue of unfilled vacancies in consumer commissions.

"In view of large vacancies, we direct all existing and potential vacancies be advertised, if not done already, within 2 weeks", the Court directed the States and UTs as regards vacancies in SCDRCs.

"It appears some States & UTs haven't set up selection committees. They are directed to do so within 4 weeks from today", the bench added in the order.

The bench noted that some states have given the excuse that selection is held up as the number of posts has not been sanctioned in consultation with Central Government. The bench rejected this excuse given by the States by observing that as per the mandate of Section 42 of the Consumer Protection Act, the consultation with the Central Government is required only if the number of members is more than 4.

"The legislative mandate is for each forum to have President & 4 members. Only when the numbers are more than that can they be prescribed in consultation with the Central Government. That process cannot derail the process of appointment of President & 4 members", the bench stated in its order.

So far as infrastructure and man power requirements are concerned, the bench noted that most affidavits have been filed last minute.

"We direct that updated position be furnished to the Amicus within 10 days from today", the bench said. Senior Advocate Gopal Shankaranarayanan is appointed as the amicus curiae in the matter.

States to notify Rules within 2 weeks

The Court also said that many states were "dilly-dallying" on the framing of rules under Section 44 of the Consumer Protection Act 2019 and directed the States and UTs to notify such rules within 2 weeks from today, if they have not done so.

If the States and UTs fail to do so within the prescribed time, the Model Rules framed by the Union Government will automatically apply to them, the bench ordered.

As regards the National Consumer Disputes Redressal Commission, the bench noted only 4 out of the 7 vacancies have been filled up.

"You appointed 4 people, you should've appointed 7. When will you appoint 7", the bench asked Additional Solicitor General Aman Lekhi.

The ASG replied that he has written to the Ministry and will move them to make early appointments. He also said that the appointments need to be in line with the recently passed Tribunals Reforms Bill 2021.

"There are a total of 3 vacancies now. We're of view there is no reason why Central government should take more time, therefore schedule laid down for state would equally apply for Central government", the bench ordered.

(Story to be updated when full copy of the order is uploaded).