'Liberty Is Not A Gift For Few': Supreme Court Directs High Courts, District Courts To Monitor Pendency Of Bail Applications 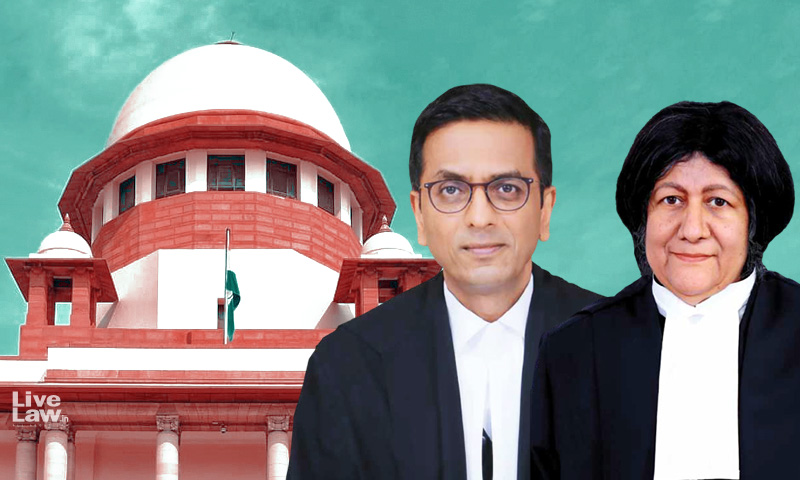 In its judgment in Arnab Goswami case, the Supreme Court noted that there is a pressing need for courts across the judicial hierarchy in India to remedy the institutional problem of bail applications not being heard and disposed of with expedition.Quoting Justice Krishna Iyer's observations in State of Rajasthan, Jaipur vs Balchand, the Court observed that the basic rule of our criminal...

In its judgment in Arnab Goswami case, the Supreme Court noted that there is a pressing need for courts across the judicial hierarchy in India to remedy the institutional problem of bail applications not being heard and disposed of with expedition.

Quoting Justice Krishna Iyer's observations in State of Rajasthan, Jaipur vs Balchand, the Court observed that the basic rule of our criminal justice system is "bail, not jail' The High Courts and Courts in the district judiciary of India must enforce this principle in practice, and not forego that duty, leaving this Court to intervene at all times, the bench comprising Justices DY Chandrachud and Indira Banerjee said in the case Arnab Manoranjan Goswami v The State of Maharahstra.

Emphasizing the role of District Judiciary, the court observed that they have important role in preserving the life and liberty of citizens. The court said:

"We must in particular also emphasise the role of the district judiciary, which provides the first point of interface to the citizen. Our district judiciary is wrongly referred to as the "subordinate judiciary'. It may be subordinate in hierarchy but it is not subordinate in terms of its importance in the lives of citizens or in terms of the duty to render justice to them. High Courts get burdened when courts of first instance decline to grant anticipatory bail or bail in deserving cases. This continues in the Supreme Court as well, when High Courts do not grant bail or anticipatory bail in cases falling within the parameters of the law. The consequence for those who suffer incarceration are serious. Common citizens without the means or resources to move the High Courts or this Court languish as undertrials. Courts must be alive to the situation as it prevails on the ground – in the jails and police stations where human dignity has no protector"

As judges, we would do well to remind ourselves that it is through the instrumentality of bail that our criminal justice system's primordial interest in preserving the presumption of innocence finds its most eloquent expression. The remedy of bail is the "solemn expression of the humaneness of the justice system". . Tasked as we are with the primary responsibility of preserving the liberty of all citizens, we cannot countenance an approach that has the consequence of applying this basic rule in an inverted form. We have given expression to our anguish in a case where a citizen has approached this court. We have done so in order to reiterate principles which must govern countless other faces whose voices should not go unheard.

The bench further called upon High Court to utilize the data available National Judicial Data Grid to monitor pendency and disposal of cases, including that before the District judiciary. The court observed:

The data on the NJDG is available in the public realm. The NJDG is a valuable resource for all High Courts to monitor the pendency and disposal of  cases, including criminal cases. For Chief Justices of the High Courts, the information which is available is capable of being utilized as a valuable instrument to promote access to justice, particularly in matters concerning liberty. The Chief Justices of every High Court should in their administrative capacities utilize the ICT tools which are placed at their disposal in ensuring that access to justice is democratized and equitably allocated. Liberty is not a gift for the few. Administrative judges in charge of districts must also use the facility to engage with the District judiciary and monitor pendency. As the data on the NJDG makes clear, there is a pressing need for courts across the judicial hierarchy in India to remedy the institutional problem of bail applications not being heard and disposed of with expedition.

The court also quoted from Lord Denning's powerful speech in the first Hamlyn Lecture which reads as follows:

"Whenever one of the judges takes seat, there is one application which by long tradition has priority over all others. The counsel has but to say, "My Lord, I have an application which concerns the liberty of the subject", and forthwith the judge will put all other matters aside and hear it. …

It is our earnest hope that our courts will exhibit acute awareness to the need to expand the footprint of liberty and use our approach as a decision-making yardstick for future cases involving the grant of bail, the court added.

Justice Chandrachud, in this judgment, has quoted the following observations made by himself in Bhima Koregaon case [Romila Thapar vs Union of India]:

"[T]he basic entitlement of every citizen who is faced with allegations of criminal wrongdoing, is that the investigative process should be fair. This is an integral component of the guarantee against arbitrariness under Article 14 and of the right to life and personal liberty under Article 21. If this Court were not to stand by the principles which we have formulated, we may witness a soulful requiem to liberty."

"The decision was a dissent in the facts of the case. The view of the leading majority judgment is undoubtedly the view of the court, which binds us. However, the principle quoted above is in line with the precedents of this court.", the judge said.