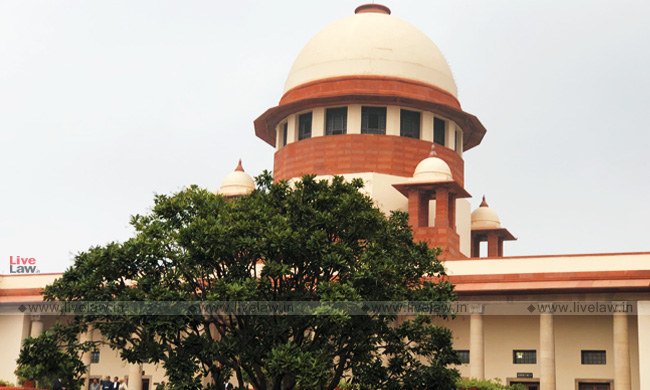 The Supreme Court on Tuesday directed States of West Bengal, Assam and Rajasthan to initiate the first stage of a pilot project pertaining to the relevant infrastructure for video conferencing facilities being made available for deposition of children/witnesses in trafficking cases. Further, all State Governments have been directed to provide numbers of children/witnesses of...

The Supreme Court on Tuesday directed States of West Bengal, Assam and Rajasthan to initiate the first stage of a pilot project pertaining to the relevant infrastructure for video conferencing facilities being made available for deposition of children/witnesses in trafficking cases.

Further, all State Governments have been directed to provide numbers of children/witnesses of child trafficking who are required to depose outside their State as well as the information relating to facility of VC in one district of their choice.

The directions were rendered by a Bench headed by Justice L. Nageswara Rao while hearing a suo moto matter pertaining to the spread of the COVID-19 virus in Children Protection Homes.

Amicus Curiae Gaurav Agrawal submitted to the Court that an experiment could be conducted for the establishment of deposing on video conference on the basis of four sample cases.

"We had identified four cases. 2 are pending in Delhi, 1 in Sitamani and 1 in Jaipur. We chose this because the Courts have the VC provision. The second issue is about the residence of the child. They're mostly hotspots and these are the places where trafficking takes place. So, we have considered whether necessary infrastructure is available at a remote point", submitted Agrawal.

Justice Rao then asked Agrawal, "Who will establish these remote points? Are you expect the Court or the State to do it? What about the coordinators at these points? Do you want someone from the judiciary or Child Commissions?"

The Bench then raised the issue of possible pressure being imposed on a child to depose in a particular manner. To this, Agrawal assure the Court that a completely independent coordinator would be appointed from a Child Welfare Committee and that this person would be ensuring if the child was vulnerable. Further, the deposition would take place before a Judge, and a remote point coordinator would be present, along with a legal officer from NALSA.

This was countered by the Court as it could entail excessive pressure on the child. The Court also suggested as to whether an individual from the State Legal Services Authority may be appointed, instead of the CWC.

The Court also informed Agrawal that the proposal would be implemented in a stage-by-stage basis and that they would proceed by seeing how the first stage (infrastructure) would unfold.

"We will give directions to Bihar, West Bengal and Assam to implement stage one for insfrastructure. We will give them time till the end of January", remarked the Court.

Advocate Manish Kumar, appearing for the State of Bihar, submitted to the Court that Bihar had the appropriate infrastructure and that the witnesses had been able to depose without any pressure. The Bench directed Kumar to file a detailed Affidavit on the same, including the stats on witnesses and cases in the State.

Kumar then informed the Bench that the Juvenile Justice Act already contained a provision for a Probation Officer and that the same would be in conflict with the appointment of a remote point coordinator. To this, the Bench stated that this was only a pilot project.

The Bench then asked Agrawal and Senior Advocate Anitha Shenoy, who was appearing for the Petitioner, as to whether appointing a retired judicial officer would be more beneficial than a serving judicial officer, to which both agreed.

"You have to take into consideration that the child should be under any influence. Think of the precautions. This child is in a remote location, deposing before the Court. He is very vulnerable. You and Shenoy think of these suggestions. We will pass an order. We also want to get the actual statistics of cases pending in these three states and the break-up, so that we can see how much work needs to be done. Retired officers will help", said Justice Rao.

Advocates Diksha Rai and Nikhil Parikshit, appearing for States of Assam and West Bengal respectively, were also directed by the Bench to seek instructions on the infrastructure and current statistics pertaining to the number of witnesses and particulars of the children.

The Bench then passed an Order stating that the first stage of the proposal relating to infrastructural needs would require necessary equipment such as desktops and laptops connected to the internet, with a functioning broadband and anti-virus software. Further, a waiting area with a restroom to maintain privacy of the children, as suggested by the Amicus, would also be needed.

"The Amicus has selected certain cases for proposed pilot project, the details of which he has given. In these cases, children residing in the States of Bihar, Assam and West Bengal, have been mentioned. We have heard Counsels for these States after taking note of concern of Petitioner on the issue of children/victims in trafficking cases not being able to travel to courts situated in far-off places", dictated the Court.

Court continued that that suggestions had been considered so that children did not face any difficulty in travelling. Further, there was also a need to ensure that there was no external influence or pressure on children when they deposed through VC.

The Order also recorded that the Court had proposed the appointment of retired judicial officers as coordinators.

The Court further directed the Counsels of Assam, West Bengal and Advocate-on-Record for Rajasthan to instruct the State Government to initiate process of providing infrastructure for VC facility in one district.

Additionally, all State Governments have been directed to provide the statistics relating to number of children/witnesses in child trafficking cases who are required to depose outside their State, as well as the information relating to VC facility in one district of their choice.