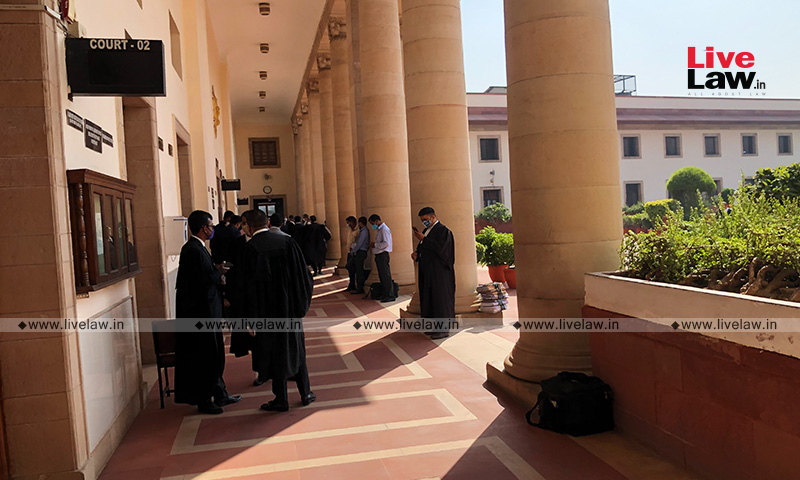 x
The Supreme Court on Friday dismissed a writ petition filed by an advocate challenging his result in the 2019 AOR examination which he had failed.
Noting that there is no provision for re-evaluation in the Regulations Regarding AOR Examination, issued in pursuance of the 2013 SC Rules, the bench of Justices D. Y. Chandrachud and A. S. Bopanna said that the bench cannot undertake this expert work and re-open an exam of 2019.
However, the bench pointed out to the advocate, who appeared as party-in-person a few instances where the examiner was justified in marking him wrong.
"If you don't know that the parties in a suit are called the plaintiff and the defendant and not the petitioner and the respondent, then I can only say that you have to study again and take the exam again...the question is after the SC dismisses an SLP, a review petition is maintainable before the HC, and you say the review petition is not maintainable. That is why you have got 0...you are saying that if you write that 2 + 2 is 4 and someone says you are wrong, where should you go? Come to page 109- your answer is 100% wrong. That is why 0...now we cannot look at every answer", observed Justice Chandrachud.
"Also, it is not just about the answer being correct or wrong. It is not like a Maths exam. These are descriptive answers- you have to look at the correctness of the English, at your construction", continued the judge.
"We cannot go into the brain of the evaluer to find out why he gave you 5 marks instead of 7", added Justice Bopanna.
"The examiners are also senior counsel appointed by this court. We have to respect the examiner", noted the bench.
"Whether re-evaluation is possible as a matter of principle, you tell us? If we start this exercise, then in every case where an exam is held, the Court would have to do this expert work...So many candidates appeared in this exam and the results have been pronounced", observed Justice Bopanna.
Justice Chandrachud indicated Regulation 12 of the Regulations Regarding AOR Examination which states that no application for evaluation of answer sheets will be entertained.
When the advocate refused to relent and pressed that he has moved the Court in the writ jurisdiction and that the court has administrative jurisdiction to grant him relief under Article 145 and the SC Rules, Justice Bopanna said, "We are more patient than you. We have heard you for quite some time because you are an advocate. We could have dismissed this straightaway also. You require training to be an AOR. You must understand the extent to which the Court...If there was a provision for re-evaluation, we could have directed that"
Justice Chandrachud also added, "We have heard you for half an hour now. You don't have to be satisfied by us but we have to be satisfied by you...other people have also failed in that exam. We cannot re-open the 2019 exam. Study again and appear in the exam again"
The bench then proceeded to dismiss the petition.
Case Title : Vivek Sharma versus Supreme Court of India|W.P.(C) No. 1151/2021
Click Here To Read/Download Order