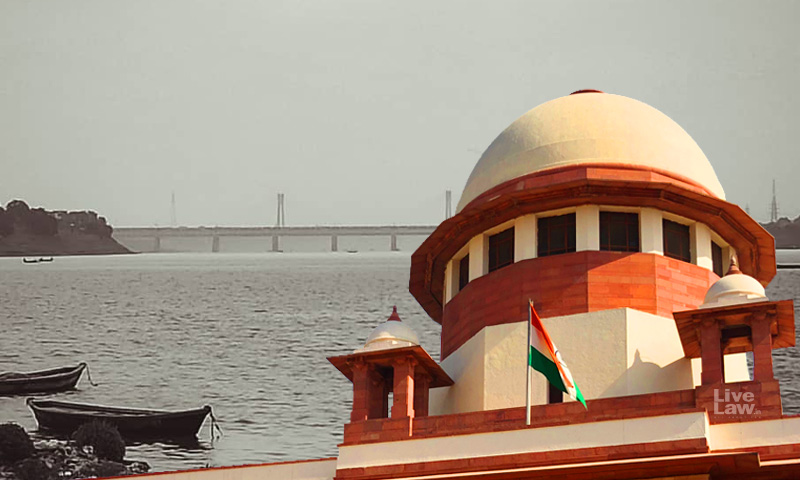 The Supreme Court on Friday dismissed a petition filed by the Delhi Jal Board seeking to initiate contempt proceedings against Haryana Chief Secretary Vijai Vardhan & the Additional Chief Secretary, Irrigation and Water Resources Department, Devender Singh, for 'wilful disobedience' of Court's February 1996 order of the court regarding maintaining of water level at the Wazirabad reservoir...

The Supreme Court on Friday dismissed a petition filed by the Delhi Jal Board seeking to initiate contempt proceedings against Haryana Chief Secretary Vijai Vardhan & the Additional Chief Secretary, Irrigation and Water Resources Department, Devender Singh, for 'wilful disobedience' of Court's February 1996 order of the court regarding maintaining of water level at the Wazirabad reservoir to serve the drinking-water needs of Delhi.

According to the Board, the court through its order had directed that the water level at Wazirabad reservoir has to be kept full to its capacity by Haryana in order to meet the drinking water needs of Delhi

During the hearing, Senior Advocate Vikas Singh appeared for the Delhi Jal Board.

Referring to letter dated 20th May 2021 sent by the Chief Secretary of Haryana to Chief Executive Officer of Delhi government, Singh stated that the letter acknowledged that 370 cusec was supplied instead of 450 cusec.

"Please tell us what is the contempt now, after 26 years. The Committee that was appointed by us, which says quantity of water released by Haryana is in accordance with the agreement." the bench comprising Justices L Nageswara Rao, AS Bopanna and V Ramasubramanian asked

"The contempt is....Wazirabad is to be kept full according to that order" Mr Singh said.

The Bench responded saying that "As we understand, that is for that year, and that's for an interim order passed earlier."

Mr Singh submitted that the Wazirabad pond requires 450 cusec and this was admitted by Haryana also.

The Bench then said "We are warning you, please advise Government to refrain from filling plea after plea, this is 4th time you are coming here."

"I don't understand, Why will your Lordships say I shouldn't file something that I'm not legally entitled to file?" Mr Singh said.

"How many times will you file? Application after application, now contempt!" Bench said.

Concluding his arguments, Singh submitted that there is a contempt as Wazirabad pond is to be kept full.

Senior Advocate Shyam Divan appearing for the respondents urged the Court to dismiss the contempt proceeding.

"I would urge you to reject this, it is an absolute complete abuse of process. It's unfortunate how DJB comes here again and incorrect statements which are in knowledge of DJB are being made" Mr Divan said.

Explaining the situation that prevailed when the order was passed, Mr Divan submitted that back then the water supply was from river Yamuna to Delhi, which was found to be wasteful manner of supply as there was huge transmission losses since river bed was being used as water was being pumped away before arriving at Delhi.

He added that in this backdrop huge canal has been created subsequent to the judgement and therefore whole basis of water supply from river Yamuna to Delhi is concerned has gone.

"They are talking about twin main pipe lines and Yamuna. The entire infrastructure with regard to carrier line and twin pipe lines are subsequent to judgement. Therefore the transmission of water is not through Yamuna, it's through what is describe as the carrier lined channel, which is used by them as they like." Mr Divan said.

Mr Divan added "The Whole foundation of case, that originally water in 1996 water was coming from Yamuna alone, in Wazirabad and ponds had to be kept open, now that has been by-passed by the whole new water infrastructure that has taken place."

In response to contempt allegations and submissions made by Mr Singh, Mr Divan made the following submissions:

• There's a certain minimum quantity that Haryana has to release and the minimum obligation is being supplied., with total amount that Haryana sends to Delhi being 820 cusecs.

• There's been a change as order was passed by the top court when river Yamuna served as a channel which has completely now been given a go by.

"Repeatedly this Delhi Jal Board comes to this Court year after year. Expert body meetings are held, meetings are held at the highest level, and they cannot keep coming here. This is essentially an inter state water issue. I'm urging the court to keep in mind that when you have these negotiated and delicate issues between States, suddenly issuing directions in contempt, even though your lordships are always circumspect in contempt jurisdiction, I'd urge more so in this situation" Mr Divan said

Mr Divan also submitted that Haryana has suffered tremendously this year, and have had a huge deficit and enormous water shortage

Mr Vikas Singh submitted that "the intent was to keep me full from domestic use. Then it was river Yamuna and now it's through canal. Canal was made by me to ensure I conserve the water. I am saying at least give me what you were giving me then or enough to fill up the pond"

"For that negotiate with them. Contempt petition dismissed." Bench said.

" Negotiations will not happen. Let them file a reply at least. Don't close the contempt." Singh said.

The Bench however went ahead and dismissed the case.

The Delhi Jal Board had previously filed a plea before the top Court seeking direction to States of Punjab and Haryana to immediately cease the discharge of untreated pollutants causing rise in ammonia levels into the River Yamuna, and to ensure supply of enough water from Haryana to the NCT of Delhi.

The Supreme Court had in April appointed a committee to conduct local inspection with regard to the quality and quantity of water released by the state of Haryana at Balla (upstream of the Yamuna river in Delhi), the level of the Wazirabad bank and whether the Delhi government is diverting the water to the Water Treatment Plants at Wazirabad, Chandrawal and Okhla before the water reaches the Wazirabad bank.

The Court had in May directed the Board to approach the Upper Yamuna River Board, with their prayer relating to allocation of water to Delhi