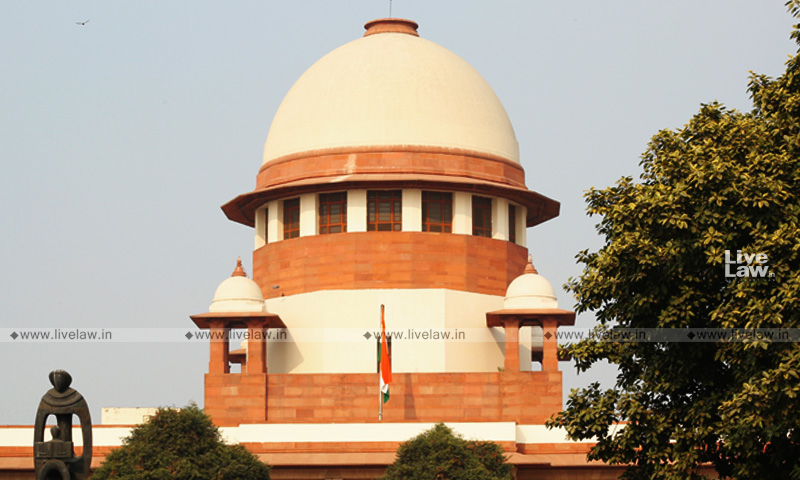 The Supreme Court on Friday refused to entertain an appeal filed by the National Investigation Agency against the Bombay High Court's order upholding bail granted to a Mumbai youth Areeb Majeed, who is facing trial under UAPA following his return from Syria after joining Islamic State,A division bench comprising Justices S Abdul Nazeer and AS Bopanna observed that the High Court...

The Supreme Court on Friday refused to entertain an appeal filed by the National Investigation Agency against the Bombay High Court's order upholding bail granted to a Mumbai youth Areeb Majeed, who is facing trial under UAPA following his return from Syria after joining Islamic State,

A division bench comprising Justices S Abdul Nazeer and AS Bopanna observed that the High Court has detailed the reasons for its decision and has imposed stringent condition.

Following his return, Majeed is facing trial in a case registered by the NIA under the anti-terror law UAPA and Section 125 IPC(waging war against Asiatic power in alliance with India)

He was granted bail by the Special Court on March 17, 2020 . In February this year, the Bombay High Court dismissed the appeal filed by the NIA against the trial court's order granting bail.

In the hearing before the Supreme Court today, Additional Solicitor General SV Raju submitted that Majeed was a terrorist who had returned to India to bomb the police headquarters.

"He is a terrorist and went to Syria and came to India to bomb police headquarters." ASG Raju said. He further submitted that one of reasons cited by the High Court for upholding the bail was that the accused argued his own case.

But the bench pointed out that stringent conditions have already been imposed.

"Read the conditions for bail! He has to stay with family at Kalyan, give sureties, give his residential address, report to incharge etc", the bench said.

Background
A division bench of the Bombay High Court comprising Justices SS Shinde and Manish Pitale had cited Majeed's prolonged incarceration of six years and slow pace of the trial to uphold his bail. The court, however, had rejected the Special NIA Court's findings on the merits of the case in favour of the accused.

Majeed, left for Iraq as a 21-year-old along with three other young men on May 24, 2014 and was the only one to return to India six months later, on November 28, 2014. He was arrested on arrival by the state's Anti - Terrorism Squad and subsequently handed over to the NIA, the next day.

The NIA alleged that the four of them travelled to Baghdad, joined the Islamic State (IS) and 'committed terrorist acts in the name of jihad in Iraq and Syria' during the war. The charge of being a part of IS was later dropped against him.

Majeed consistently claimed he was in fact brought back with the help of NIA and the Indian Consulate in Istanbul, argued that the prosecution has only been alleging he committed terror acts without proof.

He is charged under sections 125 of the IPC (waging a war against any asiatic power in alliance with the government of India) and sections 16 (punishment for terrorist act) and 18 (punishment for conspiracy) of the Unlawful Activities (Prevention) Act and faces life imprisonment if found guilty.

The High Court had imposed stringent bail conditions on Majeed, in addition to the conditions imposed by the Special Court.