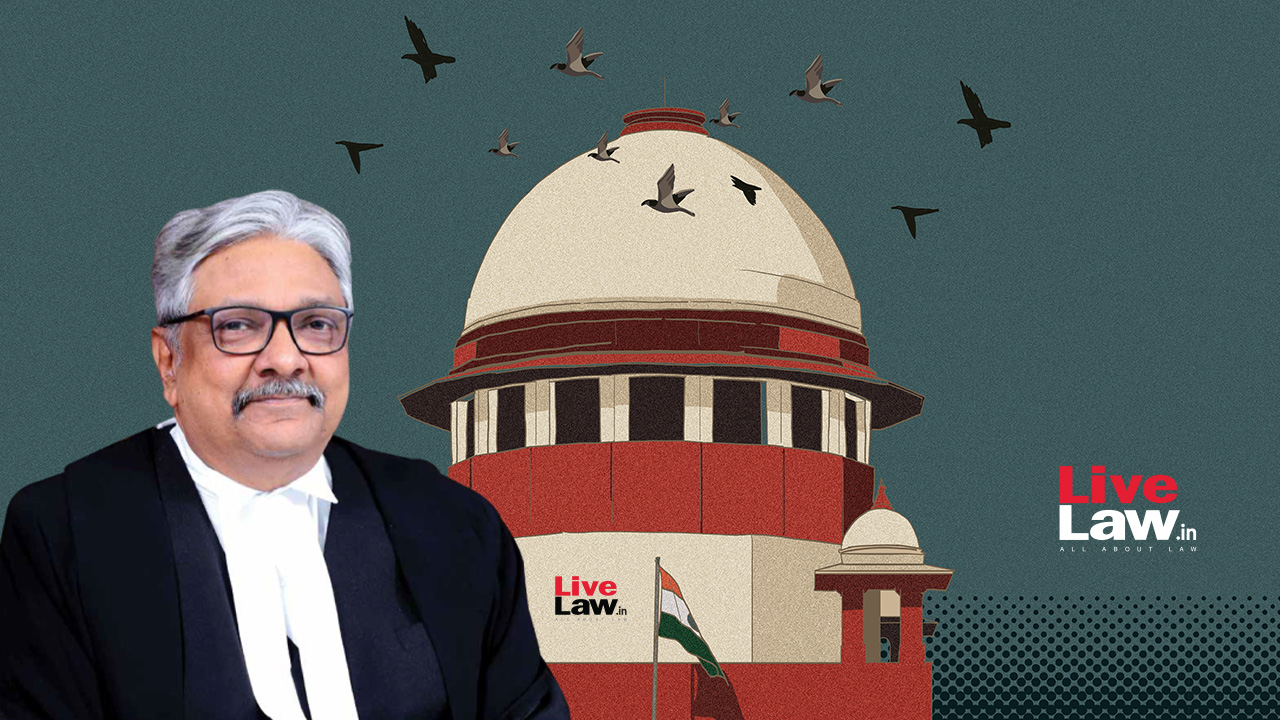 A Division Bench led by Justice K.M. Joseph of the Supreme Court of India on Friday rejected an application seeking his recusal from hearing a contempt petition filed against a judicial officer of Maharashtra. The case of the applicant was that another Division Bench also headed by Justice K.M Joseph had set aside a contempt notice issued against the alleged contemnors by a Bench of...

A Division Bench led by Justice K.M. Joseph of the Supreme Court of India on Friday rejected an application seeking his recusal from hearing a contempt petition filed against a judicial officer of Maharashtra. The case of the applicant was that another Division Bench also headed by Justice K.M Joseph had set aside a contempt notice issued against the alleged contemnors by a Bench of a larger coram purportedly "without giving any reason". It was urged that the impugned order be recalled, and the matter be heard again after Justice Joseph's recusal. On the other hand, the counsel for the alleged contemnor, Advocate Sudhanshu S. Choudhari, claimed that the petitioner habitually filed contempt petitions against judges and judicial officers. The Bench also comprised Justice Hrishikesh Roy.

The petitioner, appearing in person, on Friday, contended that the principles of 'Satyamev Jayate' (truth alone triumphs) and 'Yato Dharmastato Jayah' (where there is righteousness, there is victory) contained in the inscriptions on the national emblem and the emblem of the Supreme Court had been violated. He also invoked the right to equality under Article 14 as a ground to assail the impugned order. He argued –

"On one hand, the Metropolitan Magistrate has been allowed to go scot-free despite committing contempt, and on the other the Ranbaxy Directors have been convicted…The three-judges Bench had issued a notice against the Magistrate, but the two-judges Bench dropped it. Justice K.M. Joseph was a member of both benches. No reason has been given. Whatever argument I had advanced has not been considered. This is a violation of the Constitution Bench judgement in the Dawoodi Bohra case…The act of dropping the notice encouraged corruption in the judiciary, and corruption is cancer. The end result is lawlessness, no rule of law, and therefore, the end of democracy."

The petitioner, a retired engineering contractor, added that he had filed a complaint against Justices Joseph and P.S. Narasimha to the President and the Chief Justice of India for dropping the said contempt petition. As a parting remark, he stressed –

"Your Lordship, no man can be a judge in his own case. When there is an allegation against any judge, the judge himself should recuse…If Justice K.M. Joseph is not recusing himself, I should be allowed to move a transfer application before the Chief Justice of India."

The Division Bench rejected the application seeking Justice Joseph's recusal. Another connected application was also dismissed by the Court, noting the petitioner's reluctance to make his submissions, despite being granted repeated adjournments. The petitioner had claimed that he had not received a message that the other matter was also listed on Friday. Justice Roy refused to accept this explanation and said –

"If you have seen the last order, you know that the matter is coming up on September 30. This information is communicated to you through the order itself."

On the recusal application and the prayer for recalling the order, Justice Roy orally pronounced –

"…The complaint states that the concerned Bench did not record any reason for not proceeding in contempt against the judicial officer of the state of Maharashtra. The case of recusal is also pressed forth. We have heard the petitioner-in-person and the learned counsel appearing for the concerned judicial officer. Having considered the submissions made by the petitioner-in-person on the reasons projected by him, we are of the considered opinion that recusal by these two Hon'ble judges as requested by the petitioner is entirely misconceived and such a prayer cannot be allowed…Further, no justification has been made for recall of the order."

"You have also made a prayer to punish the Registrar?"

"We feel no action is called for against any of the officers of the Supreme Court registry."

Choudhari prayed for the imposition of exemplary costs –

"He has been doing it for a long time, against learned judges of the High Court, of other courts…He is going to go on doing this."

The Bench initially toyed with the idea of imposing a nominal cost of Rs 5,000 in light of the petitioner's "propensity to bring the judicial officers and the judiciary down", but ultimately, refrained from doing so because the petititioner was retired. Justice Roy concluded with the hope that the petitioner would not "indulge in such misadventures in the future".

Last year, the Supreme Court had observed that a litigant could not seek recusal of a judge from hearing their case on the ground that a favourable order may not be given. In Neelam Manmohan Attavar v. Manmohan Attavar [LL 2021 SC 65], the apex court, rejecting a plea seeking recusal of Justice D.Y. Chandrachud, had held –

"We see no valid and good ground for recusal by one of us. Merely because the order might not be in favour of the applicant earlier, cannot be a ground for recusal. A litigant cannot be permitted to browbeat the Court by seeking a Bench of its choice. Therefore, the prayer of the applicant, petitioner-in-person that one of us (Dr. Dhananjaya Y Chandrachud, J.) should recuse from hearing the present miscellaneous application is not accepted and the said prayer is rejected"