No Priority For MPs/MLAs In Hearing Of Criminal Appeals : Supreme Court Clarifies 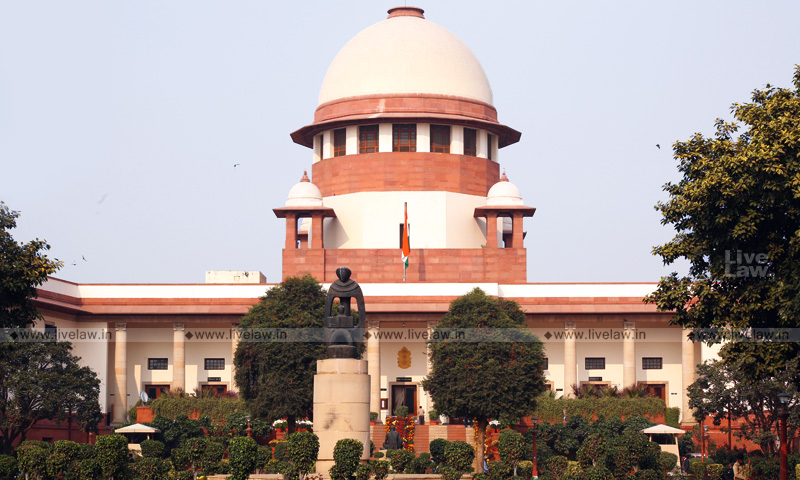 x
"High Court shouldn't treat our order as a mandate that appeals of MPs, MLAs have to be heard necessarily out of turn".

The Supreme Court on Wednesday observed that its order to expedite trial in criminal cases against MPs and MLAs should not be understood as a mandate to give out-of-turn hearing of their criminal appeals.A Special Bench comprising CJI Ramana, Justice DY Chandrachud and Justice Surya Kant was hearing a plea filed regarding pendency of criminal cases against MPs & MLAs and expeditious...

The Supreme Court on Wednesday observed that its order to expedite trial in criminal cases against MPs and MLAs should not be understood as a mandate to give out-of-turn hearing of their criminal appeals.

A Special Bench comprising CJI Ramana, Justice DY Chandrachud and Justice Surya Kant was hearing a plea filed regarding pendency of criminal cases against MPs & MLAs and expeditious disposal of the same by setting up of Special Courts.

"High Court shouldn't treat our order as a mandate that appeals of MPs, MLAs have to be heard necessarily out of turn",  the bench said.

The observations were made after Senior Advocate Mukul Rohatgi, appearing for a convicted ex-Member of Parliament, told the court that the hearing of his client's appeals is being objected to by the complainant on the ground that Supreme Court's order allows only expedited trial and not appeals.

"He was convicted of murder on July 6th, 2019, was on bail throughout the trial, last two years he has been in jail. His appeal has been taken up for hearing on an expedited basis on grounds that he is an ex-MP. When the appeal came for hearing in last 6 months it was adjourned once or twice, the complainant doesn't want my appeal to be heard." Mr Rohatgi informed the Court.

Mr Rohatgi further said that the complainant filed a special leave petition before the top court saying that the appeal can not be heard on an expedited basis because the Supreme Court's order allows only expedited trial and not appeals.

Advocate Kamini Jaiswal appearing for the complainant submitted that the objection was regarding the decision of the High Court's decision to give priority to hearing to the ex-MP's appeal by misconstruing the Supreme Court' order. To buttress her argument, Advocate Jaiswal read out the portions of the High Court's order which stated that "this group of appeals taken up out of turn on account of direction issued by Supreme Court in PIL related to early disposal of cases related to MPs/ MLAs."

Taking note of this, the bench said that there is no question of giving priority just because the appellant happened to be an ex-MP.

"The High Court has misunderstood our order and taken your appeal out of turn", the bench told Rohatgi.

The bench observed that once an MP or MLA stands convicted, they stand on the same footing as any other convict before High Court.

The Bench then told Mr Rohatgi " There is no question of priority but also no question of stopping the hearing of your appeal. We don't Prevent the High Court but we don't want to give priority to your client by virtue of this order."

"We'll clarify that portion of the order. We will allow HC to hear the suspension application of Mr Rohatgi's client. At the same time, we don't want to give any priority to MPs MLAs in these cases", the bench said. It said it will dictate the order and upload the same during the course of the day.

The bench passed these observations while hearing the PIL Ashwini Kumar Upadhyay v. Union of India which sought directions for expediting trial in criminal cases against MPs/MLAs.

Last year, the Supreme Court had directed the High Courts to create special benches to monitor the progress of trial in cases against legislators.

The relevant extract from the order passed by the Court is as follows :

"....we clarify that the order dated 16th September 2020 passed by this Court pertains to expeditious disposal of trials and it has no bearing on criminal appeals pending before High Courts against conviction of MPs/Ex­MPs or MLAs/Ex­MLAs. Such criminal appeals will be taken up as per their turn and need not be given an out of turn hearing on a is understanding of our order dated 16th September 2020. However, the convict­/accused shall be at liberty to seek suspension of their sentence and release on regular bail. If any such application has been filed/is filed, the same shall be decided as per its own merits, in accordance with law"