Endosulfan Tragedy| All Applicants Paid Compensation Except Those Whose Legal Heirs Are In Dispute: Kerala Govt Tells Supreme Court 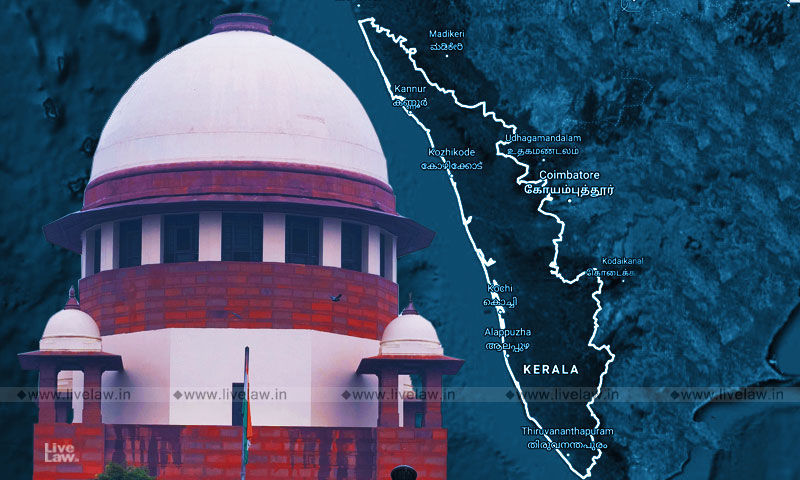 While hearing a contempt plea preferred by victims of Endosulfan alleging failure on the part of State of Kerala to disburse 5 lakhs compensation, the Supreme Court, on Friday, was apprised by Senior Advocate, Mr. Jaideep Gupta appearing for the State of Kerala, that all applicants other than the 14 applicants, in whose case there is some dispute amongst the legal heirs, have been paid compensation.

"We were to file a report. We have filed it. 14 applicants have not been paid because of some dispute amongst legal heirs. Otherwise all others paid."

In compliance with the previous order of the Court, Mr. Gupta has filed a compliance affidavit indicating the progress in compensation, medical facilities and palliative care to the victims.

On 10.01.2017, the Supreme Court had directed the Kerala Government to release Rs.5 lakh each as compensation to all Endosulfan victims, within three months. But, as the Government had failed to do so, a contempt petition was filed seeking issuance of directions regarding compensation and for setting up a medical facility at Kasargod District to provide treatment to the victims.

The Counsel for the petitioner pointed out that he would require some more time to examine the State's affidavit, since the same was served to him only a day prior to the hearing. In view of the same, a Bench comprising Justices D.Y. Chandrachud and J.B. Pardiwala adjourned the matter for 2 weeks.

With respect to the medical facilities Mr. Gupta submitted that the TATA Trust Hospital that is asked to be handed over for Endosulfan victims, is, at present, serving as a isolation centre for COVID patients and is also a monkeypox facility. But he stated that the Kerala Government is not averse to handing it over for treatment of Endosulfan victims 'at some stage'.

The Counsel for the petition submitted that at least 100 beds out of the 550 beds of the hospital could be reserved for the Endosulfan victims. He alleged that all the 550 beds were lying idle.

"At least 100 beds be kept for the Endosulfan victims. There are 550 beds hospital lying idle."

Mr. Gupta denied such allegations. He stated that the hospital was very much in use.

Controverting the same, the Counsel for the petitioner sought time to file an additional affidavit in this regard. He also pointed out that the palliative care that the State is providing is not adequate.

Previously, the Apex Court had expressed its displeasure that the State had only disbursed compensation to the 8 victims (who were petitioners before the Court) out of 3704 victims and that too at a belated stage. It had directed the State to pay them (the petitioners) costs of Rs 50,000 each within a period of 3 weeks from the date of order. The Apex Court was livid that even when the order to pay compensation was passed on 10.01.2017 and 5 years have gone by, the State had only made payment to the 8 petitioners and not the other applicants. Even the amount disbursed to the petitioners was after the contempt petition was filed. It had orally observed -

"The State Government of Kerala can't do this. These 8 victims have moved the court and they have given them compensation but not the others. These are victims of Endosulfan. Some of them have cancer, some are mentally disabled. Why do these poor people have to come to Delhi for justice? You must do it yourself. Our judgment is of 10.01.2017, 5 years have gone by."

Apart from compensation the State Government had been also directed to consider the feasibility of providing assistance to deal with life long health issues having regard to the large number of persons involved.