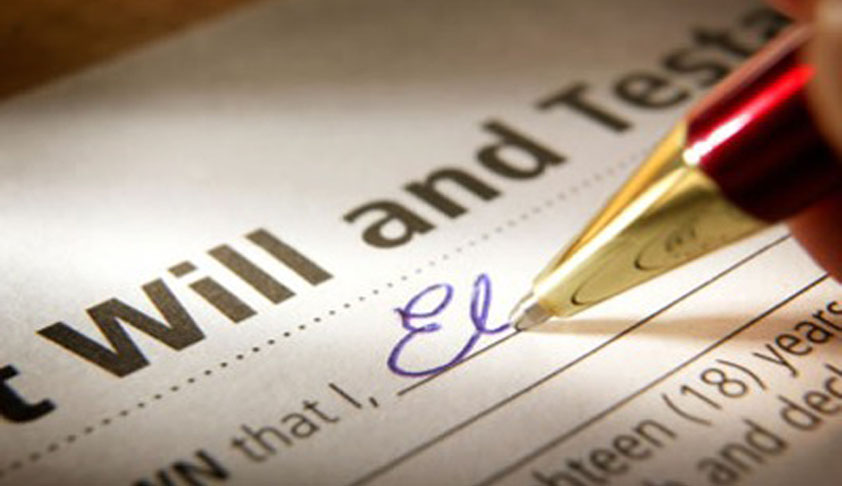 "Where there is a Will, there is a lawsuit", is a quote seen attributed to Addison Mizner, a famous American Architect. The facts of the case which culminated in a Supreme Court judgment today underlines this thought. The litigation spree which started in the year 1955 in a Naidu-family in the name of a Will has hopefully come to a halt today when the Supreme Court pronounced the...

"Where there is a Will, there is a lawsuit", is a quote seen attributed to Addison Mizner, a famous American Architect. The facts of the case which culminated in a Supreme Court judgment today underlines this thought.

The litigation spree which started in the year 1955 in a Naidu-family in the name of a Will has hopefully come to a halt today when the Supreme Court pronounced the judgment dismissing all the appeals against the Madras High Court judgment of 2007.

Lakshmiah Naidu and Rangaswami Naidu were the sons of one R. Venkitusamy Naidu. Rangaswami was married to one R. Krishnammal and the couple had no issues. Lakshmiah had four sons, viz., Bakthavatsalam, Venkatapathy, Jagannathan and Ramaswamy.

The dispute among the family members started in the year 1955 after the death of Rangaswami Naidu. In a proceedings under Section 145 of the Code of Criminal Procedure, 1898, the Magistrate was to decide a 'possession' dispute between Rangaswami's widow and nephew on one side and Lakshmiah and his sons on the other. The case of the former was that Rangaswami died after executing a Will. The Magistrate did not make any discussion about the Will finding it unnecessary and returned a finding that the latter are in possession.

Disputes did not end there. Krishnammal, the widow of Rangaswami filed a suit in 1958. The suit ended in a compromise decree. In 1963, disputes resurfaced when two persons named R. Alagiriswami Naidu and V. Kalyanaswami (family members) filed a suit. This also resulted in a compromise decree. Ramaswamy, son of Lakshmaih, died in 1976 and Krishnammal died in 1977. After these deaths, Alagiriswami Naidu again filed a suit for partition. Sub Judge, Coimbatore decreed the suit and ordered partition.

Sons of Lakshmiah Naidu, widow and daughters of Ramaswamy Naidu filed a suit in 1982 against A. Alagiriswami after he entered into some sale transactions on the strength of a Will by Rangaswami Naidu. The other defendants in the suit were nephews of Rangaswami Naidu and who were legatees under the will. The plaintiffs sought declaration of title and also prayed for injunction. In 1983, R. Alagiriswami filed a suit for partition also.

Both these suits were tried together. The Will was attacked by the legal heirs of Lakshmiah Naidu on the ground that it was procured by coercion and undue influence. The suit filed by R. Alagiriswami came to be dismissed whereas the suit filed by legal heirs of Lakshmiah Naidu, came to be decreed. The first appellate court reversed these findings. Both the courts concurrently found that there was no proof that there was a partition in 1932. Allowing the second appeal, the Madras High Court restored the decree of the trial court in 2007.

In 2008,  various parties challenged the Judgment of the High Court before the Apex Court. The Supreme Court, in a judgment delivered today, dismissed all the appeals.

As stated earlier, even the Section 145 CrPC proceedings were initiated in relation to the dispute between family members based on a Will said to have been made by Rangaswami Naidu.

Today, the Supreme Court, in its judgment which elaborately discussing the law relating to the proof of execution of a Will, observed: "We would arrive at the conclusion that the will was indeed executed by R. Naidu was his last will."

Though the Apex Court disagreed with the High Court findings regarding the validity of the Will, it ultimately agreed with the ultimate conclusions reached by it based on other aspects of the case.