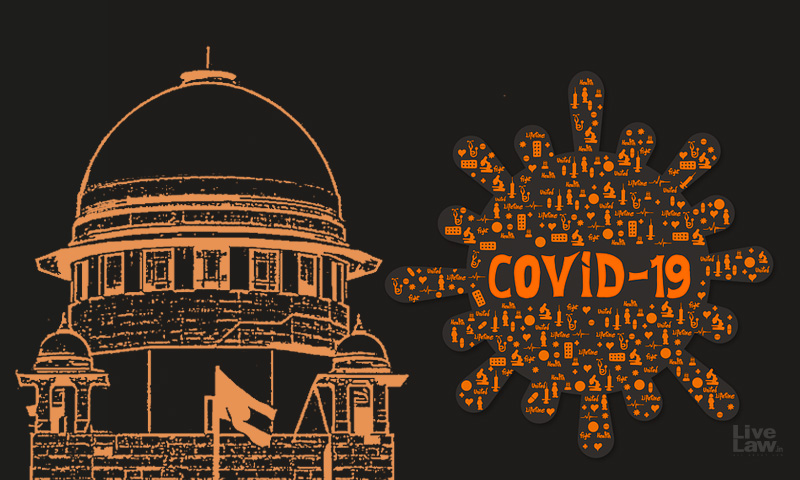 The Union of India has told the Supreme Court that payment of ex-gratia compensation to all deceased persons due to COVID-19, is beyond the fiscal affordability of the Governments, as the finances of State Governments and the Central Government are under severe strain, due to the reduction in tax revenues and increase in health expenses on account of the pandemic."It is an unfortunate...

The Union of India has told the Supreme Court that payment of ex-gratia compensation to all deceased persons due to COVID-19, is beyond the fiscal affordability of the Governments, as the finances of State Governments and the Central Government are under severe strain, due to the reduction in tax revenues and increase in health expenses on account of the pandemic.

"It is an unfortunate but important fact that the resources of the Governments have limits and any additional burden through ex-gratia will reduce the funds available for other health and welfare schemes." Centre has said

The submissions have been made by the Ministry of Home Affairs through an affidavit filed in the pleas filed before Supreme Court seeking ex gratia monetary compensation of Rs. 4 lacs or notified ex gratia monetary compensation to the families of deceased who have succumbed to the pandemic of COVID-19.
While highlighting that ex-gratia relief under the Disaster Management Act, 2005, to 12 notified disasters is provided through the State Disaster Response Fund, MHA has submitted that if an ex-gratia of Rs.4 lakhs is given for every person, who loses life due to COVID-19, the entire amount of SDRF may possibly be spent on this item alone.
MHA has also argued that the matter of ex-gratia assistance should be dealt with by the National Authority to whom it has been entrusted under Disaster Management Act, and any attempt to second guess that may create unintended and unfortunate Constitutional and administrative ramifications.
"Under the Disaster Management Act, 2005, it is the "National Authority" which is empowered to recommend guidelines for the minimum standards of relief, including ex-gratia assistance, and it is well settled through Supreme Court's judgements that this is a matter which should be performed by the authority, to whom it has been entrusted and not one where the Court will substitute its own judgement for the decision to be taken by the Executive." the Affidavit states
While acknowledging that the affected families need help and support, MHA has stated that it is wrong to state that the help can be provided only through ex-gratia assistance as that would be a 'rather pedantic and narrow approach'.
According to MHA, health interventions, social protection, and economic recovery for the affected communities, would be a more prudent, responsible, and sustainable approach.
Further, MHA has stated that there is no precedent of giving ex- gratia for an ongoing disease or for any disaster event of long duration, extending for several months or years, and granting ex-gratia for one disease, while denying the same for those accounting for larger share of mortality, would not be fair and would create unfairness and invidious discrimination.
The Central Government had on June 11th, told the Supreme Court that the Centre was actively considering the issues raised in two pleas seeking ex gratia monetary compensation of Rs. 4 lakhs or notified ex gratia monetary compensation to the families of the deceased who had succumbed to the COVID-19 pandemic.
The Supreme Court had earlier directed the Central Government to bring on record any policy or guidelines pertaining to death certificates issued to COVID-19 patients, including guidelines by the Indian Council of Medical Research (ICMR).
Further directions were given to place before the Court all the schemes stipulated under Section 12(3) of the Disaster Management Act on the aspect of ex gratia compensation to families of those who had succumbed to COVID-19.
TagsCovid VictimsCOVID Death Datadeaths due to COVIDCOVID Death Compensationcovidcovid death in indiaDeaths Occured During COVIDFiscal AbilityEx-Gratia CompensationSupreme CourtSupreme Court of IndiaCentral governmentUnion of IndiaMinistry of Home Affairsmonetary compensationDisaster Management Act 2005
Next Story
Similar Posts
+ View more
Law Firms
+ More
Latest News
+ More
लाइव लॉ हिंदी
+ More
International
+ More
Environment
+ More