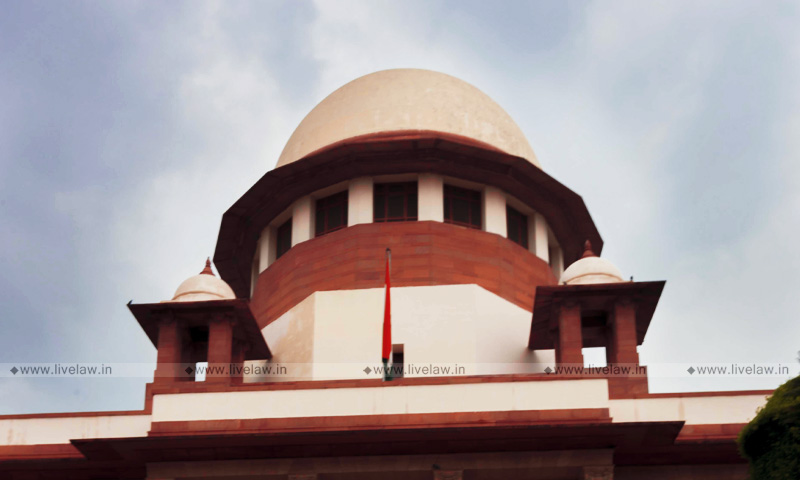 The Supreme Court on Friday took exception to a judge sentencing a convict to death in a POCSO case in a trial completed within 4 days and sentencing another POCSO convict to life in a trial completed in a single day.A bench comprising Justices UU Lalit and S Ravindra Bhat was considering a writ petition filed by a suspended Additional Sessions Judge from Bihar who alleged that...

A bench comprising Justices UU Lalit and S Ravindra Bhat was considering a writ petition filed by a suspended Additional Sessions Judge from Bihar who alleged that the disciplinary proceedings were initiated against him by the High Court for deciding POCSO cases within days. The judge had awarded life sentence to a man in a POCSO case in a trial completed within a day; in another case of child rape, the judge had sentenced a man to death after completing trial within 4 days.

The bench issued notice on the writ petition and sought the documents related to the matter from the Patna High Court.

During the hearing, the bench said that the approach of the judge cannot be termed as "commendable".
"Merely because something is done in 4 days it does not mean that judgment has to be set aside. But we cannot say such an approach is commendable", the bench observed.
As the hearing progressed, Justice Lalit noted, "We have been trying to devise methods to assess mitigating factors on death sentence and they have to see the prison records. Here, this judge has passed the death sentence in 4 days."
Further, the bench observed that the approach of the Judge was not in consonance with the law laid down. "What about sentencing issue to be heard? Do we (Judges) do it in one day? There are umpteen judgements of the Supreme Court which say that sentencing issues should not be done on the same day."
Further, the court said, "You have heard and sentenced the accused to life imprisonment in a single day. It does not happen like this. Pendency is one issue and approach to a matter is a different issue."
Senior Advocate Vikas Singh, appearing for the petitioner, submitted that there are precedents which state that disciplinary proceedings cannot be initiated against a judge for passing an erroneous judgment.
Justice Lalit then pointed out that the bench had few days ago refused to interfere with the termination of services of a judge at probation level for passing an illegal sentence in a murder case.
"The other day there was a lady who came here, who granted 5 year sentence in a murder matter. She was proceeded against departmentally. She was discharged at probation level. We did not interfere with that order. Why?...... For a murder, there are only two options: one life imprisonment and the other is death. That's a fundamental error in approach….."
The petitioner Shashi Kant Rai, a judge who was hearing cases under the Protection of Children from Sexual Offences (POCSO) Act, has moved the Supreme Court challenging his suspension, claiming that action was taken against him only for questioning the new evaluation system in place for promotions in the district judiciary.
Terming the non speaking suspension order dated February 8, 2022 as illegal, malicious and arbitrary, the petitioner has argued that he had sought for consideration for restoration of seniority on the basis of new evaluation system introduced by the High Court, but the High Court straightaway issued notice and later suspended him for questioning the process of evaluation of judgments. He has also stated that the High Court failed in its constitutional obligation to guide and protect the judicial officers and suspended him without giving any reasons.
Relying on Rule 6 (7) of the Bihar Rules, the petitioner has stated that the suspension order stands revoked as no charge-sheet has been framed and communicated to the Petitioner till date and no such revocation has been communicated to the Petitioner till date.
The suspended judge who had assumed charge as Special Judge, POCSO on August 20, 2020 has also stated that he reasonably believes that there is an institutional bias. To further substantiate his contention, he has stated that this is because in one of his judgments he had granted capital punishment to the accused in four working days of trial and in another case awarded punishment of Life imprisonment in one working day of trial which was not only widely reported by media but was appreciated by the Government as well as by the public.
Case Title: Shashi Kant v HC of Judicature at Patna| WP(C) 557/2022