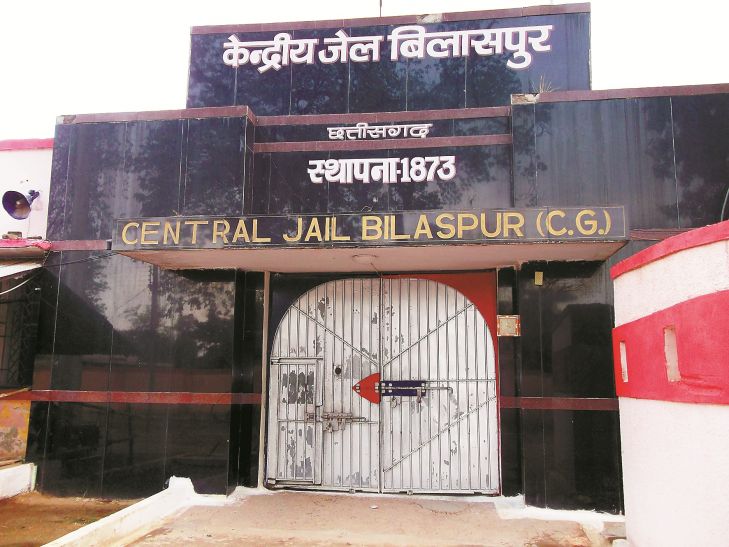 In a temporary relief to nearly 5500 prisoners in Chhattisgarh, the Supreme Court on Wednesday extended the time to surrender for prisoners in the state who were released on interim bail or parole as per the directions of the High Powered Committee to decongest prisons during COVID19 pandemic.The Chhattisgarh High Court had refused to extend the deadline for surrender beyond December 31,...

In a temporary relief to nearly 5500 prisoners in Chhattisgarh, the Supreme Court on Wednesday extended the time to surrender for prisoners in the state who were released on interim bail or parole as per the directions of the High Powered Committee to decongest prisons during COVID19 pandemic.

The Chhattisgarh High Court had refused to extend the deadline for surrender beyond December 31, 2020. Aggrieved by this, a prisoner filed special leave petition in the Supreme Court.

On December 30, a vacation bench comprising Justices Indira Banerjee and Aniruddha Bose issued notice on the petition, returnable by January 5, and extended the time to surrender till January 6 or until further orders of the court.

"Permission to file the Special Leave Petition is granted.

Issue notice, returnable on 05.01.2021 before the appropriate Bench.

Time to surrender is extended till 06.01.2021 or until further orders of this Court".

The High Powered Committee was constituted following the directions passed by the Supreme Court on March 23 in the suo moto case "In Re:Contagion of COVID19 virus in Prisons".

On September 30, the Chhattisgarh High Court directed that the 5500 prisoners who were given interim bail/parole as per the recommendations of the HPC should surrender by December 1.  A group of prisoners sought for extension of time to surrender citing the rising graph of COVID19 cases in the state.

The High Court, on December 1, observed that further extension of interim bail or parole was not necessary as courts have started physical hearing. Therefore, the HC observed that parties can approach the appropriate court by way of appropriate proceedings seeking extension of time to surrender. However, the Court granted a "breathing time" of one month for the prisoners to enable them to file such applications before the concerned courts.

"We do not find  necessary to continue the extension of the interim order anymore, except for giving breathing time by a further period of 'one month' from today so as to facilitate all the parties concerned move the appropriate Court/forum by way of appropriate proceedings", the a HC division bench of Chief Justice PR Ramachandra Menon and Justice Parth Prateem Sahu observed.

This meant that the prisoners have to surrender by December 31 unless their bail/parole is extended by concerned courts in individual cases.

Though a SLP was filed against the refusal of the High Court to extend the time to surrender beyond December 31, the Supreme Court refused to entertain the same and asked the petitioner to approach the HC. The petitioner says that he filed an urgent application for listing the petition seeking extension. But on December 21, the request for urgent listing of the application before the appropriate bench was turned down.

In such circumstances, the petitioner - a prisoner named Jay Jaiswal- filed a fresh SLP in the Supreme Court. It was contended that there was overcrowding in Chhattisgarh prisons by 150% and without making conscious efforts to decongest prisons, the High Court committed a "paramount mistake" by ordering the surrender of released prisoners by December 31.

"Despite being aware that the jails are running above their capacity and any further influx would lead to an uncontrollable increase in the numbers of inmates, the High Court went ahead and rejected the extension of the parole and interim bail granted to the undertrial prisoners and convicts", the plea stated.

The petitioner argued that the HC order will create an "unprecedented COVID19 crisis" in the prisons.

"As a matter of fact, it is hard to believe that when there were a few covid cases in the country, the Hon'ble High Court was inclined to grant parole/bails to the inmates but when at present there are more than 10 million covid cases and the situation is getting worse with each day passing, the HPC and Hon'ble High Court has denied to grant the extension of bails and parole to the prisoners".

"With each day passing, the Covid situation has only worsened and the conditions and hygiene facilities of the prisons are not hidden from anyone, hence the overcrowding of prisons along with the Covid situation makes the prison more vulnerable than other places. As a matter of fact, the prisons can turn out to be an epicenter of the Covid super spread. Thus, the impugned order passed by the Hon'ble High Court needs to be thought over", the petition stated.

In October, the Supreme Court had stayed a similar direction passed by the Delhi High Court denying extension of interim bail/parole for prisoners released on account of COVID19.

Following the SC intervention, the HPC of Delhi, on December 1, extended the bail period for 45 days observing that 'asking prisoners to surrender when COVID19 cases are still rising is a dangerous proposition".

Earlier this month, the Supreme Court extended the stay till January 21, 2021.