Minor Girl Kidnapped From Gorakhpur: Supreme Court Directs Delhi Police To Ensure That Investigation Reports Of The Case Are Not Publicly Disclosed 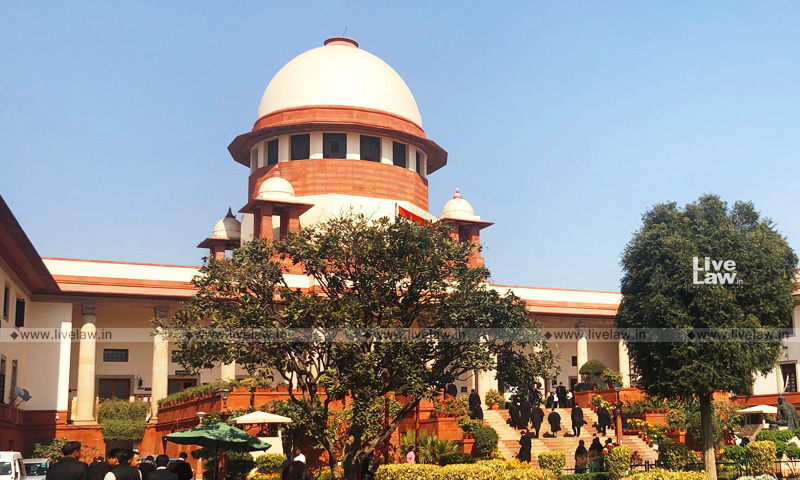 Supreme Court on Tuesday directed the Delhi Police to ensure that development or reports of investigation in case pertaining to the kidnapping of a 13-year-old girl from Gorakhpur who had been untraceable for 2 months are not publicly disclosed.

A Bench comprising Justice AM Khanwilkar, Justice Dinesh Maheshwari and Justice CT Ravikumar issued the direction in a habeas corpus petition filed by the girl's mother, seeking steps to trace her.

The direction was issued in response to a request made by Advocate Amit Pai, appearing for the girl's mother seeking directions to restrict the Media from divulging information considering the involvement of a minor in the present case.

With regard to the discrepancy in the girl's age, the Bench has directed the concerned authorities at AIIMS Delhi to ensure that age determination report of the girl is given before next date of hearing on 17th September.

The Bench found it appropriate to pass further directions once it's ascertained if the girl is a minor or not.

The observation was made after the Amicus Curiae Senior Advocate KV Vishwanathan appointed by Court to represent the minor girl submitted that while the UPT report detected the girl was pregnant, the ultrasound did not detect any pregnancy. Therefore, to determine if she's pregnant and whose consent is required for the test, it is essential to determine the girl's age and whether she is a minor.

The Bench was earlier informed that AIIMS Delhi had referred the minor victim to the forensic department for age determination.

In the present case, after the girl remained untraced for two months, Supreme Court had on 1st September asked the Uttar Pradesh Police to hand over the investigation records to the Delhi police and had directed the Delhi Police Commissioner to oversee the investigation. Within 2 days, the girl was traced by Delhi Police in Calcutta and the abductor was arrested.

This was followed by the Supreme Court directing the transfer of investigation in the present case on 7th September from the Uttar Pradesh police to the Delhi police on an immediate basis.

The Bench had also directed that all steps must be taken by the Delhi police to ensure that the minor girl is protected from being exposed to any untoward circumstances. The police officer in charge of the Gorakhpur police station was also instructed to hand over all the relevant records of the case to the Delhi police.

On the last occasion, ASG Rupinder Singh Suri, appearing for the Delhi Police, had informed the Court that the minor girl had undergone medical examination at AIIMS Delhi including counselling to cope with the trauma.

Advocate Amit Pai appearing for the petitioner had apprised the Court that the minor victim was currently pregnant and had urged the Court to issue appropriate directions on an urgent basis for her protection. He further submitted that there was a discrepancy regarding the age of the victim. Although her school certificate and Aadhar card mention that she is only 13 years old, the police records state that she is 16 years old.

ASG Suri informed the Court that AIIMS Delhi had referred the minor victim to the forensic department for age determination.

The Bench also noted from the report of the counselling session that the minor victim had admitted that she had been subjected to sexual assault. Accordingly, the Bench directed ASG Suri to talk to the Delhi police authorities about their plan of action and thereafter apprise the Court on the next date of hearing.

According to the present petitioner who is working as a domestic maid in Delhi, the suspect had been trying to lure and seduce her minor daughter for long. With respect to that, she had lodged a complaint before the Malviya Nagar Police station in Delhi. Further in July, while the petitioner was with her husband's family at Gorakhpur along with her daughters, the eldest daughter went missing.

According to the petition, the younger daughter had overheard certain phone conversations between the suspect and her sister, where the former was threatening her with dire consequences if she did not come to his flat in Delhi. Soon after this conversation, the girl went missing.

The petitioner alleged that though a complaint was soon made before the Gorakhpur police, they did not take any prompt steps. In this backdrop, the habeas corpus petition was filed in the Supreme Court, voicing the apprehension that the girl might be sexually abused or be trafficked into sex trade.

The Bench had expressed unhappiness with the failure of the UP Police in tracing the girl. In response, the counsel for the State of Uttar Pradesh, Advocate Anuvrat Sharma, told the bench that the state police were taking diligent steps and the investigation's pace was affected due to the inter-state ramifications. The girl was suspected to be in West Bengal back then and the police had collected the Call Detail Records (CDR) as per the counsel.

The Bench had then decided to hand over the investigation either to the CBI or to the Delhi Police.

The Bench had also passed a direction to the Gorakhpur police to share the entire investigation records to Malviyanagar Police(Delhi) by the next day. It also directed the Delhi police commissioner to ensure further investigation to trace out the missing girl.