Can Sex Between People Living As Husband And Wife Be Called Rape? SC Asks While Giving Relief To Rape Accused 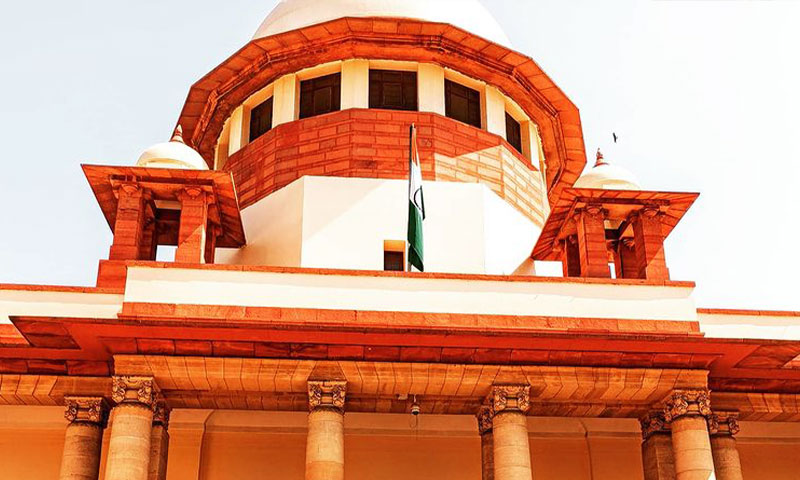 "When two people are living as husband and wife, however brutal the husband is, can the act of sexual intercourse between them be called rape?", asked Chief Justice of India SA Bobde in a matter pertaining to the quashing of an FIR alleging rape due to false promise of marriage. The petitioner approached the Supreme Court saying that he and the woman had been living together and...

"When two people are living as husband and wife, however brutal the husband is, can the act of sexual intercourse between them be called rape?", asked Chief Justice of India SA Bobde in a matter pertaining to the quashing of an FIR alleging rape due to false promise of marriage.

The petitioner approached the Supreme Court saying that he and the woman had been living together and had sexual relationships on the basis of consent. He claimed that the FIR was lodged after the relationship with the woman turned sour.

The Bench, also comprising Justices AS Bopanna and V. Ramasubramanian,  was not inclined to consider the prayer for quashing the FIR and allowed the Petitioner to withdraw his petition with the liberty to seek discharge. Also, the bench stayed his arrest for 8 weeks.

During the hearing, Advocate Aditya Vashisht, appearing for the Respondent-Complainant, submitted to the Bench that the Petitioner had lived with the woman promising marriage and had inflicted violence on her by brutally beating her. He showed the medical certificate of the injuries as well.

Senior Advocate Vibha Datta Makhija, appearing for the Petitioner, submitted that the allegations did not make out a case for rape and that the Counter-Affidavit of the Respondent clearly exhibited her consent.

"This is the habitual case with the lady, she has done this with two other people in the office", Makhija added. To this the CJI informed her that she might be having a good case for discharge and could apply for it.

"We are listening to this argument because you are saying it. You know what the Courts have said about calling rape victims habitual? We suggest you withdraw and apply for discharge after the evidence is led. That might give you a surer decision. We are not inclined to entertain this 482 petition", said the CJI.

Makhija then averred, "I am a working person, with this sword hanging…", to which the CJI responded, "We will see you are not arrested till final decision in trial".

The Bench then allowed the Petitioner to withdraw the petition with liberty to seek discharge and initially stayed the arrest till the completion of the trial. However, this was opposed by the Respondent who submitted that the Petitioner had attempted extortion and recovery from him was necessary.

Accordingly, the Court modified the Order and directed for a stay of arrest for a period of 8 weeks.

The petition had been filed as an SLP against an Order rendered in a Section 482 petition before the Allahabad High Court wherein the Court had noted that it could not be said that no cognizable offence was made out against the Petitioners and therefore, the quashing of the FIR had been refused.

"From the perusal of the FIR, prima facie, it cannot be said that no cognizable offence is made out against the Petitioners. The Petitioners are involved in the serious offences hence no ground exists for quashing of the FIR or staying the arrest of the petitioners. The prayer for quashing the FIR is refused", held a Division Bench of Justices Naheed Ara Moonis and Anil Kumar-XI.

India is yet to criminalise marital rape. The Second Exception to Section 375 of the Indian Penal Code stipulates that "sexual intercourse by a man with his own wife, the wife not being under fifteen years of age, is not rape".

Presently, a batch of writ petitions, challenging the aforementioned Exception as unconstitutional and violative of the fundamental rights of married women, are pending before the Delhi High Court. In 2019, a Bench headed by CJI SA Bobde (then Justice) had directed the Petitioner in a marital rape case to approach the High Court which was already seized of the matter.