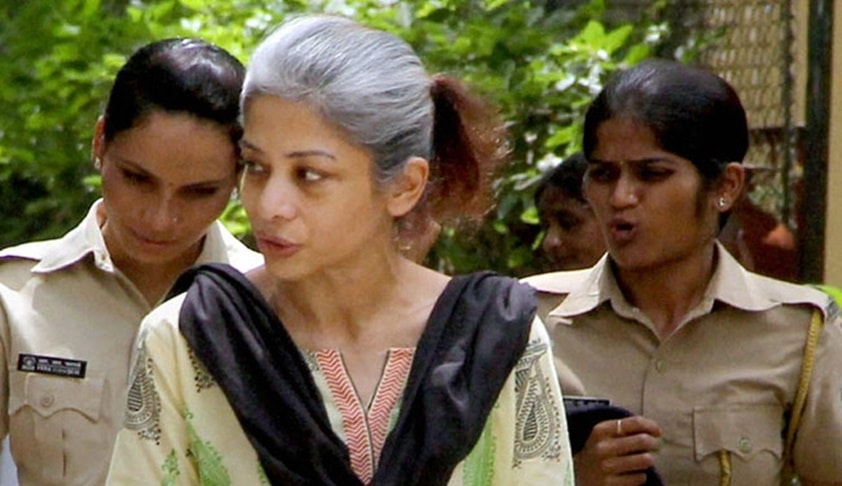 The Supreme Court on Wednesday granted bail to Indrani Mukerjea in the case alleging the murder of her daughter Sheena Bora, considering the fact that she has been under custody for 6.5 years, and that the trial is not likely to complete soon. Apart from the conditions to be imposed by the Trial Court, the Apex Court noted that the conditions imposed while granting bail to co-accused husband, Peter Mukerjea would also be imposed on her.

A bench comprising Justices L Nageswara Rao, BR Gavai and AS Bopanna passed the order in a special leave petition filed against an order passed by the Bombay High Court in November 2021 rejecting her bail plea. The bench noted that Indrani has been behind bars for 6.5 years now and that even if 50% of the witnesses are given up by the prosecution, the trial is not likely to be over soon.

The bench was also told that the co-accused in the case, Peter Mukerjea, the husband of Indrani Mukerjea, was granted bail earlier. She is charged with murdering her own daughter, through earlier husband after conspiring with her then husband. The allegation against her is that she had murdered her daughter, Sheena Bora in view of her live-in relationship with Rahul Mukerjea who is son of Peter Mukerjea through earlier wife.

Apart from the period of incarceration, Mr. Rohatgi emphasised on the fact that out of 237 prosecution witnesses only 68 has been examined till date. He argued that the Investigating Officer in the matter was on leave from 07.06.2021 to 04.05.2022. It was his apprehension that given the large volume of witnesses and the pace at which witnesses are being examined, the trial will not complete anytime soon. Reliance was placed upon earlier judgements of the Apex Court wherein accused persons undergoing long period of custody in jail have been enlarged on bail.

Mr. Raju opposed the bail application stating that the evidence of the eye-witness, who is an accused turned approver evidently indicate Indrani's involvement in the crime. He further submitted that the CDRs also suggest the same. On instructions, he submitted that 50% of the witnesses would be given up and trial would be completed at the earliest. The Bench was impelled not to grant bail considering the fact that the evidence of Rahul Mukerjea, who is a crucial witness in the matter is scheduled to be recorded on 27.05.2022 and if released on bail, there is an apprehension that Indrani would influence him.

In April 2012, a case was filed with the Mumbai Police alleging kidnapping and murder of Sheena Bora. Ms. Indrani's driver, who was arrested in another case confessed to having murdered Bora and informed the Mumbai Police that her mother, Ms. Indrani was involved in the murder. The CBI took up the investigation in 2015. She was arrested and so was her husband Mr. Peter Mukerjea, who was granted bail by a Special Court in March 2020.

Ms. Mukerjea, who is presently lodged in Byculla jail, Mumbai wrote a letter to CBI in December, 2021 stating that she would move the Special Court to record the statement of an inmate who had claimed to have met Bora in Kashmir.

In 2016, Ms. Mukerjea's first bail plea on medical grounds was rejected by the Special Court. Her second plea was rejected in September, 2017, wherein the Special Court had observed that she would be safer inside the prison. In Nov, 2018, her third plea was rejected by the Special Court stating that if released she could tamper with evidence and witnesses. Again on 06.08.2020, her bail was rejected on the ground that she being an influential person could influence witnesses. On 16.11.2021, the Bombay High Court rejected her bail plea. The High Court stated that material in the form of circumstantial evidence strongly supported her direct involvement in the murder. On consideration of her plea on medical grounds it was opined that the prosecution had taken enough precaution and had provided the best medical facilities to her. Observing that delay in trial cannot be a ground for release, the High Court stated -

"Even if the trial has begun, it is likely to take some time and cannot be a ground for release in the present case, particularly given the nature of the offence alleged to have been committed by Mukerjea, which requires the defence to examine such a large number of witnesses to prove the accused's guilt. Even so, the trial was delayed due to a pandemic that lasted more than a year, which cannot be blamed on the prosecution."