Supreme Court Issues Notice To Centre On Plea Seeking Guidelines For Police On Seizure, Preservation Of Personal Digital Devices And Their Contents 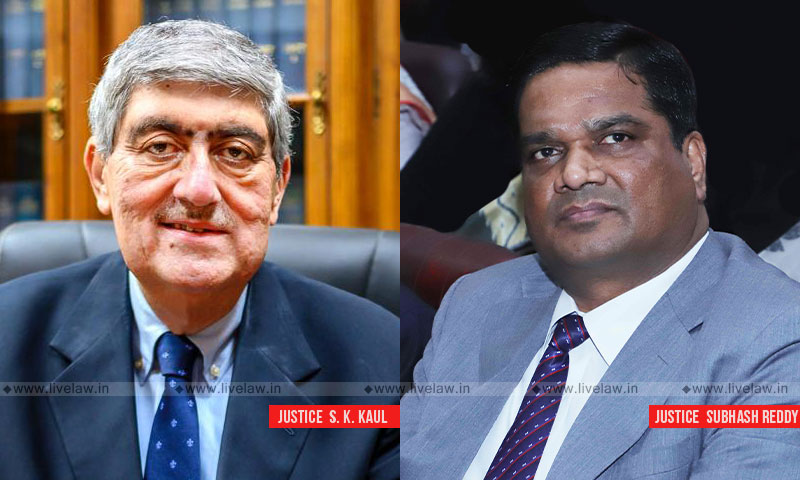 The Supreme Court on Friday issued notice to the Union of India for getting its response in a PIL seeking directions on police and investigative agencies, working under the control of Central and State Governments for specifying guidelines with regards to seizure, examination and preservation of personal digital and electronic devices and their contents thereof. Supreme Court Bench comprising...

The Supreme Court on Friday issued notice to the Union of India for getting its response in a PIL seeking directions on police and investigative agencies, working under the control of Central and State Governments for specifying guidelines with regards to seizure, examination and preservation of personal digital and electronic devices and their contents thereof.

Supreme Court Bench comprising of Justice SK Kaul and Justice R Subhash Reddy issued notice to Respondent No. (Union of India) for getting its response before considering whether notices to other respondent parties (States and UTs) are required to be issued in the matter. The notice is returnable in four weeks.

Focussing on the aspect of the academic freedom as being a part of right to freedom of speech under Art. 19(1)(a) and also the right to practice a profession or occupation, the petition states thus:

"Data that is stored digitally by academics - physical scientists and social scientists may have been collected through extensive field work spanning decades or the results of scientific experiments or calculations similarly representing major effort. If these are tampered with or damaged, the loss to research in the sciences and social sciences is considerable and often irreplaceable. A lifetime's work is life as much as livelihood. Patentable material may exist or work that runs the risk of being plagiarised. Work may also be stored in 'clouds', compelled exposure of which carries all of the aforesaid risks as much as the seizure of physical devices."

Apart from the academic freedom, the petition focuses on the right to privacy, right against self incrimination, protection of privileged communication, integrity of electronic material and the return of copies of seized material to the accused or person under the investigation.

According to the petition, the following guidelines can be considered by the Court:

1. As far as possible, prior permission or order from a Judicial Magistrate should be attained before opening, examining and seizing digital/electronic devices .

2. In case the seizure is urgent, the reasons for not seeking prior permission or orders should be recorded in writing and served upon the owner of the device

3. In either case, the material or nature of the material sought to be examined or seized, its relevance and link with the offence anticipated or being investigated should be specified with as much clarity as possible

4. The owner of the device should not be compelled to reveal his passwords, and in case of biometric encryption, should not be forced to unlock his devices.

6. After seizure, the hard disk should be examined in the presence of the person whose device it is or from whom it was seized, as also a neutral computer professional.

7. Material, mails and other data, agreed to by all sides as irrelevant to the crime under investigation, should be removed from the investigator's copy in the presence of the representative of the accused and the independent professional and a renewed hash value should be recorded in a memo drawing up such proceedings.

Placing reliance on the judgment of KS Puttuswamy v. Union of India, the petition reads "It is imperative to now read the provisions of the CrPC relating to search & seizure viz. Sections 91-105 & 165-166 under a new enlightenment offered by the observations in Puttaswamy. In particular, the provisions ought to be read as a restriction on the fundamental right to privacy, thereby placing the onus on the State to demonstrate the reasonableness thereof."

Stating that the State should be providing sufficient safeguards against the abuse of interference with the exercise of fundamental rights, the petition states:

"The powers of search & seizure, particularly because they engage fundamental rights such as the right to privacy, the right against self-incrimination, and the right of protection of privileged communication, ought to be therefore read and supplied with adequate safeguards such that they are not abused to defeat such rights. It is imperative that this Hon'ble Court lays down inviolable guidelines therefore."

Recently, the Karnataka High Court had issued a set of guidelines regarding the procedure to be followed for seizure of data in electronic gadgets, smartphones, laptop, email accounts etc.