GUJCOTOC Act Can't Be Invoked If Only One Chargesheet Has Been Filed Against Accused : Supreme Court 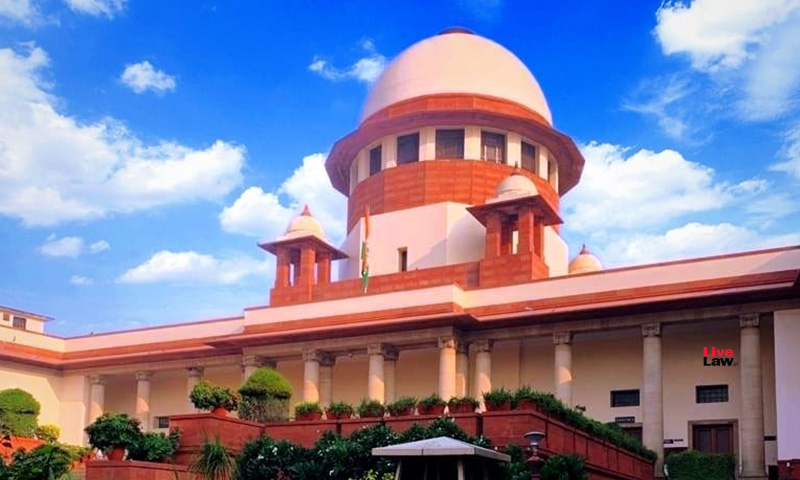 Opining that for invoking the provisions of the draconian Gujarat Control of Terrorism and Organised Crime Act, 2015, it is necessary that more than one charge-sheet must have been filed in respect of an activity which can be said to have been undertaken by one as a member of an organised crime syndicate on behalf of such syndicate, the Supreme Court on Monday released the petitioner on bail.

The bench of Justices B. R. Gavai and Hima Kohli was hearing an SLP against the January decision of the Gujarat High Court rejecting the application filed by the petitioner/applicant for grant of bail in connection with a 2021 FIR for offence under Sections 3(1)(2), 3(2) and 3(4) of the GUJCTOC Act.
The bench recorded,
"We have heard Mr. Mukul Rohatgi learned senior counsel for the petitioner/applicant and Ms. Deepanwita Priyanka, learned counsel appearing for the respondent-State. Mr. Rohatgi submits that for invoking the provisions of the Gujarat Control of Terrorism and Organised Crime Act, 2015 (hereinafter referred to as "the GCTOC Act") which is analogous with the Maharashtra Control of Organized Crime Act, 1999 (hereinafter referred to as "MCOCA"), two requirements have to be satisfied. The first one is that an activity undertaken is either singly or jointly as a member of an organized crime syndicate or on behalf of such a crime syndicate. The second one is that in respect of such an activity, more than one charge-sheet must have been filed in the preceding period of last 10 years.
Mr. Rohatgi submits that in the present case, the second requirement is not satisfied. He submits that in the Chart wherein all the crimes registered against the petitioner/applicant have been listed, it could be seen that only FIR No.64 of 2021 dated 26th January, 2021 is in respect of an activity committed by two members of the syndicate. He therefore submits that requirement of filing of more than one chargesheets is not satisfied in the present case. Mr. Rohagti further submits that the petitioner/applicant has already been released on bail in respect of other FIRs. Only on account of him being implicated in FIR No. 66 of 2021 under GCTOC Act, he is deprived of his liberty. Mr. Rohatgi further submits that unless there is some act in respect of which an offence is registered, the provisions of the GCTOC Act cannot be invoked"
The bench noted that Ms. Deepanwita Priyanka on the contrary submits that all the offences alleged in the FIRs which are given in the Chart, are directly or indirectly committed for the benefit of the crime syndicate of which the petitioner/applicant is a member.
The bench observed, "Undisputedly, the perusal of the Chart would reveal that only one offence, i.e., FIR No. 64 of 2021 would show that it has been committed by seven accused out of which two are the members of the syndicate. In respect of offences at Serial Nos. 1 to 4 in the Chart, no members of the syndicate are arrayed as accused"
The bench proceeded to state that it is the Court's the prima facie view that for invoking the provisions of the GCTOC Act, the following conditions will have to be fulfilled:
(i) that such an activity should be prohibited by law for the time being in force;
(ii) that such an activity is a cognisable offence punishable with imprisonment of three years or more;
(iii) that such an activity is undertaken either singly or jointly, as a member of an organised crime syndicate or on behalf of such syndicate;
(iv) that in respect of such an activity more than one charge-sheet must have been filed before a competent Court; and
(v) that the charge-sheet must have been filed within a preceding period of ten years; and
(vi) that the Courts have taken cognisance of such offences.
The bench then noted, "Undisputedly, in the present case only one charge-sheet was filed in respect of an activity which can be said to have been undertaken by the petitioner/applicant as a member of an organised crime syndicate on behalf of such syndicate."
Taking into consideration this aspect of the matter and further that the petitioner/applicant has already been directed to be released on bail in respect of crime registered at Serial Nos. 1 to 5, the bench was inclined to allow the present Special Leave petition.
"The petitioner/applicant is, therefore, directed to be released on bail on such terms and conditions as found appropriate by the Trial Court. In addition, we impose the following conditions on the petitioner/applicant:
1. The petitioner/applicant shall report to the investigating officer on every Monday between 10.00 a.m. to 1.00 p.m.
2. The petitioner/applicant will not attempt to influence the witnesses or tamper with the records", ordered the bench.
Proceedings before the High Court
The High Court recorded that the investigation pertains to one Vipul Dahyabhai Gajipara, in collusion with his accomplices, including Mohammad Iliyas Mohammad Bilal Kapadia (the SLP petitioner), formed organised crime syndicate to commit crimes and made monetary benefits yielded out of such crimes their livelihood; that Committing such crimes in public frequently, they create an atmosphere of fear and terror in order to put the public at large under their coercion and not become obstacle in their criminal activities and to carry on their activities without any obstructions.
"The Court is of the view that If the provisions of Section-2(C) of the GUJCTOC Act are read with the judgment in the case of Sandip Omprakash Gupta case, the fact is clear that there are two main requirements for attracting provisions of the GUJCTOC Act against the applicant–accused. (1) More than one offense punishable with imprisonment of three years and more should have been registered against the accused in last ten years, wherein charge-sheet has been filed and the court has taken a cognizance of an offense. (2) Where the accused has committed any offense punishable with imprisonment of three years or more after this act has come into force. Both these requirements are met with in the case of present applicant–accused...In view of the foregoing reasons, no case is made out to exercise discretion in favour of the applicant more particularly when the main accused persons are still at large. The present application stands dismissed", the High Court had ruled in the impugned judgment.
Case Title: MOHAMAD ILIYAS MOHAMAD BILAL KAPADIYA v. THE STATE OF GUJARAT