Interests, Needs Of Common People Have To Be Seen: SC Dismisses Challenge To Demolition Of Old Delhi's Hanuman Temple With Liberty To Apply For Alternative Site 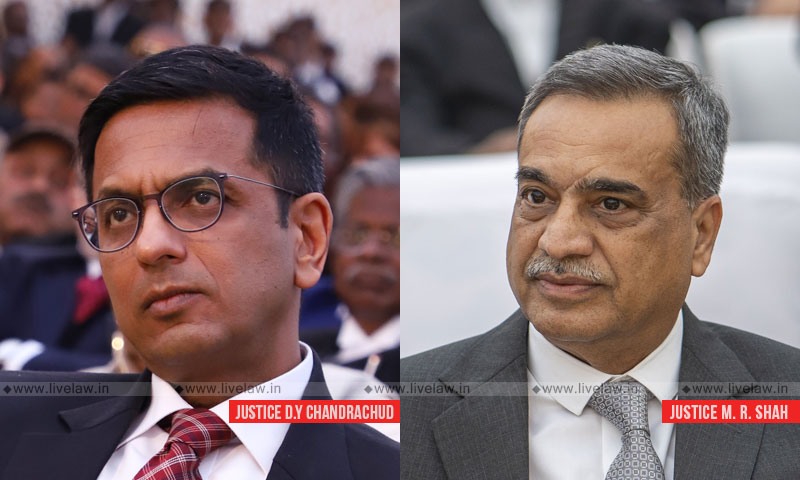 The Supreme Court on Tuesday dismissed as withdrawn a plea against the demolition of a decades-old Hanuman Temple in Delhi's Chandni Chowk on January 3, which had created an uproar in the national capital, with liberty to make a representation for grant of an alternative site. The demolition, which was part of the Delhi Government's Chandni Chowk Redevelopment Plan, had also...

The Supreme Court on Tuesday dismissed as withdrawn a plea against the demolition of a decades-old Hanuman Temple in Delhi's Chandni Chowk on January 3, which had created an uproar in the national capital, with liberty to make a representation for grant of an alternative site.

The demolition, which was part of the Delhi Government's Chandni Chowk Redevelopment Plan, had also triggered a tussle between the Aam Aadmi Party (AAP), which leads the government, and the BJP, which governs the North Delhi Municipal Corporation (NDMC), the civic agency that carried out the razing exercise.

The bench of Justices D. Y. Chandrachud and M. R. Shah was hearing the challenge to the decision of the Delhi High Court to remove the Hanuman Temple from Chandni Chowk in Delhi. The petition, by Jitendra Singh Vishen, urged the Supreme Court to order the Delhi government and the North Delhi Municipal Corporation to re-establish the Hanuman temple in its place. Simultaneously, it has been claimed that the beautification of Chandni Chowk should not be done till the Delhi Government and North Delhi Municipal Corporation re-install the Hanuman Temple in its place.The petition said that the work of removing the temple was done without following the procedure according to law, which violated the right of worship of the devotees. This temple has been at Chandni Chowk for five decades and a large number of devotees come here for worship but there has never been any problem here.

"The Delhi High Court gave a decision in this case without hearing the temple management, devotees or the people, after which the temple was removed on January 3, 2021...the sentiments of the people are affected", urged advocate Vishnu Shankar Jain for the petitioner.

"It is in view of the Chandni Chowk redevelopment plan...common people use that area. We have to see the needs and interests of the community", observed Justice Chandrachud.

"Don't escalate the matter. Let the 'Pujari' of the temple make an application for allotment of an alternative land where people can pray etc", said the judge.

As the petitioner was agreeable to this suggestion, the bench dismissed the SLP as withdrawn.

The bench, however, allowed a representation to be made before the competent authority for allotment of an alternative site for the temple, away from the area in question, where there is no danger to traffic or the movement of the pedestrians.

The Delhi High Court had ordered the demolition of the Temple in November, 2019. The Delhi HC had overruled the Delhi Government's 'religious committee' which suggested the integration of the Hanuman Mandir and the Shiv Temple in the re-development plan.

The Delhi High Court had also slammed the Delhi government for its "u-turn" on the removal of the temples, pointing out that the Court had directed the North Delhi Municipal Corporation in 2015 itself to clear encroachments, including the temple that stalled the progress of the Chandni Chowk redevelopment project.

t may be noted that, the Supreme Court vide its order dated 13th July 2020 had disposed the SLP filed by the Govt. of NCT challenging the order of the High Court dated 14th November, 2019, in view of the statement made on behalf of Government of NCT that it would move a suitable application before the High Court for further directions, as may be warranted.

The Court dismissed the application for intervention on the ground that when GNCTD had been granted the liberty to approach the court as per the Order of the Supreme Court and had so far not approached the court for any relief, there was no reason to entertain this application which was nothing but an attempt to reagitate the same issue that has been considered and rejected by an earlier order dated 14th November, 2019.

Again, in November 2020, the Delhi High Court refused to entertain a plea by the Shri Manokamna Siddh Shri Hanuman Seva Samiti saying that any request to intervene must come from the AAP government itself.