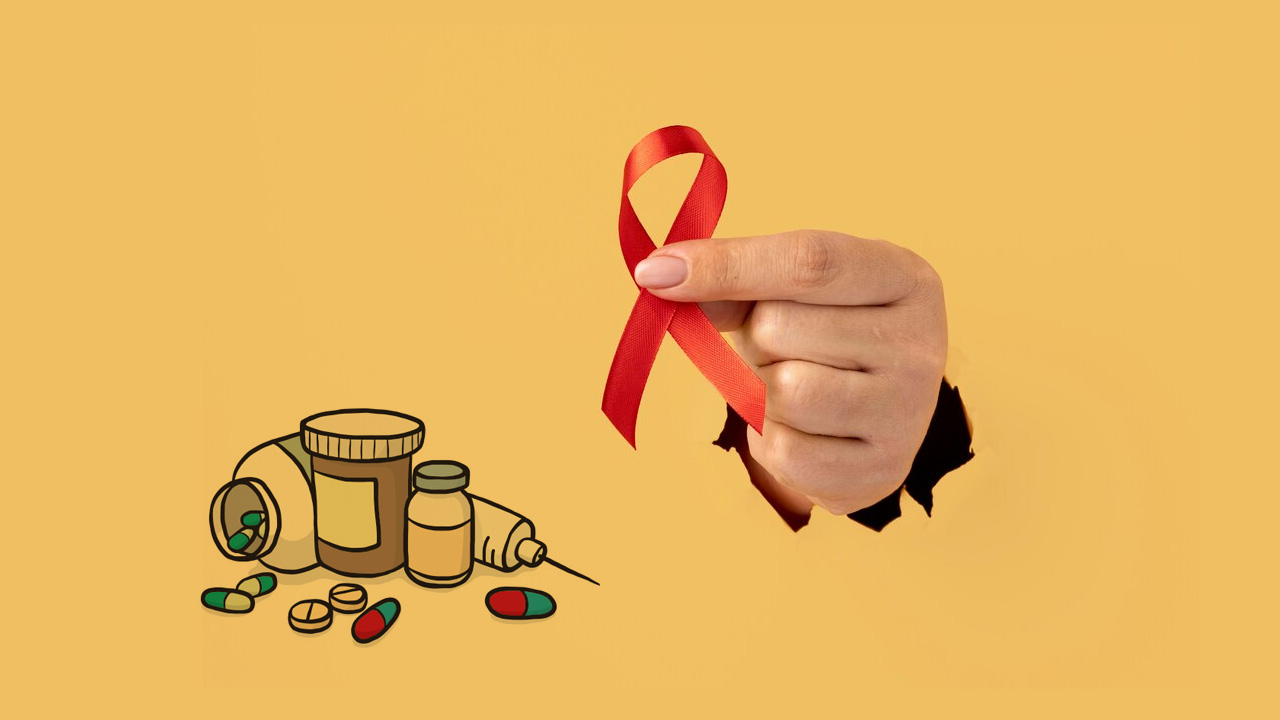 The Supreme Court bench comprising Justice D. Y. Chandrachud and Justice Hima Kohli recently issued notice on a plea filed by the Network of People Living with HIV/AIDS, a registered society, against shortage of antiretroviral drugs in the country.The bench noted the petitioner's submission that the tender for 2021-22, which was due in August 2021, was issued in December 2021 but...

The Supreme Court bench comprising Justice D. Y. Chandrachud and Justice Hima Kohli recently issued notice on a plea filed by the Network of People Living with HIV/AIDS, a registered society, against shortage of antiretroviral  drugs in the country.

The bench noted the petitioner's submission that the tender for 2021-22, which was due in August 2021, was issued in December 2021 but same did not fructify and a fresh tender had to be issued in March 2022 by the authorities. The court issued notice to the authorities, returnable in two weeks.

The petition has sought the protection of Right to Health and Life of People Living with HIV/AIDS (PLHIVs) who face the risk of developing advanced HIV disease which is life threatening. The Petition drawn and filed by Advocate Astha Sharma submits that the cause of action arose "on account of systemic failures in the procurement system and the repeated shortage/stock out of the ARV drugs".

It further alleges that the non-availability of the ARVs at the Anti Retro Viral Therapy (ART) Centres of the National AIDS Control Organization (NACO) leads to interruptions in the ARV treatment of the PLHIVs, and thereby increases their chances of falling-ill "due to AIDS heightening their risk of death". The same violates the right to health and life of the PLHIVs, argues the plea.

Emphasising on the importance of the Anti Retro Viral Treatment the petition states that, "Strict adherence to ART is non-negotiable for a person living with HIV, and ART needs to be taken every 24hrs or 12hrs (depending on the prescription) without fail life-long. Non-adherence to the ART, and skipping any of the medicines given under the therapy, allows the virus to multiply and even increases the risk of the virus mutating into a drug-resistant version."
The petition further states that that the Central Medical Service Society (CMSS) is responsible for ensuring that the tendering for supply of medicines provided under various government programs is made in a timely manner. The CMSS and NACO therefore have to ensure that the bids for the ARV are made in time so as to ensure continuous supply of the ARVs, the plea contends
The petitioner has also submitted that since 2014, there have been several instances where members of Petitioner have suffered and failed in the ART adherence due to shortages, unavailability and stock-out of the ARVs at the ART Centres.
"Representations were sent in 2014 seeking that timely procurement of ARV drugs for children be made, as ART centres were facing shortage of the same. In 2017, there was a stock-out of the essential HIV medicine – lopinavir/ritonavir for infants and young children. Living with the imminent threat of death, the children living with HIV had then written to the Hon'ble Prime Minister to ensure immediate procurement of the drugs. The stock-out of ARVs during this time was spread over six states," reads the writ petition.
Since January 2022, ART centres in various states including Maharashtra, Andhra Pradesh, Gujarat, Rajasthan and Bihar have a stock out, according to the plea. In July several ART centres in Delhi reported stock-out of ARVs and at the same time stock out was seen in many other states, it adds.
The petitioner has also cited the example of Manipur State AIDS Control Society seeking support from third parties to donate ART drugs to deal with the stock out issue. The petitioner has also informed the court that NACO is aware of the situation and had recommended a change in regimen as temporary measure to deal with the crisis but that temporary measure is still continuing.
"The Petitioners herein, continue to be aggrieved by the continued stock-out of life-saving ARVs, with no response from the concerned authorities to assuage their concerns, and to ensure that the short fall is met," states the plea.
The petitioners have prayed to the court to issue a writ directing the authorities to utilize an emergency procurement mechanism and seek support from UN agencies to respond to the stock outs. The plea further prays for a direction to ensure procurement and distribution of quality assured, non-expired ARVs and that WHO pre-qualified ARV medicines are made forthwith available to all PLHIV at all ART centres.
The petition also seeks directions to ensure that tendering of ARVs are completed annually in a timely manner,  and a committee comprising of Respondents and Petitioners is set up for regular updates on tendering and procurement of ARVs and diagnostics for HIV/AIDS treatment.
Case Title: Network of People Living with HIV/AIDS and Ors. vs Union of India and Ors. – WP (C) 686/2022