Conception That House Makers Do Not "Work" Or That They Do Not Add Economic Value To The Household Is A Problematic Idea: SC In Motor Vehicle Compensation Case 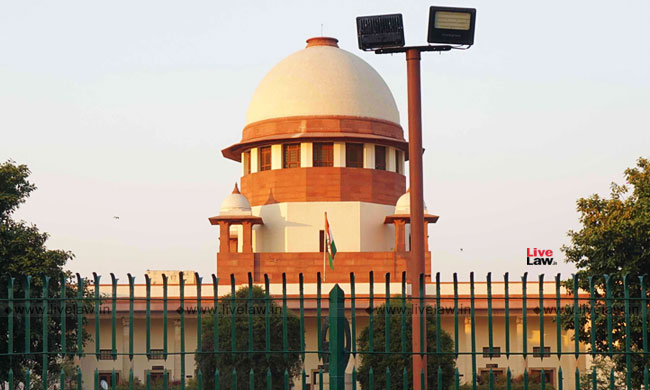 The conception that house makers do not "work" or that they do not add economic value to the household is a problematic idea that has persisted for many years and must be overcome, Justice NV Ramana observed in a judgment delivered today in an appeal arising out of a motor accident compensation claim.The court was disposing an appeal arising out of Motor Accident...

The conception that house makers do not "work" or that they do not add economic value to the household is a problematic idea that has persisted for many years and must be overcome, Justice NV Ramana observed in a judgment delivered today in an appeal arising out of a motor accident compensation claim.

The court was disposing an appeal arising out of Motor Accident Compensation Claim filed by heirs of a deceased couple who died in an accident. One of the deceased in this case was a house maker. In this case, the Motor Accident Claims Tribunal awarded a total sum of Rs 40.71 lakhs for both deceased to the claimants. Partly allowing the appeal filed by Insurance Company, the High Court reversed the addition of future prospects.

Allowing the appeal filed by claimants, the bench enhanced the total motor accident compensation of Rs 22 lakhs awarded by the High Court to the claimant­s by Rs 11.20 lakhs to reach a new total of Rs 33.20 lakhs. The judge penned a separate opinion while concurring with the judgment authored by Justice Surya Kant.

In his opinion, the Judge noted that there are two distinct categories of situations wherein the Court determines notional income of a victim. The first category of cases relates to those wherein the victim was employed, but the claimants are not able to prove her actual income, before the Court. In such a situation, the Court  "guesses" the income of the victim on the basis of the evidence on record, like the quality of life being led by the victim and her family, the general earning of an individual employed in that field, the qualifications of the victim, and other considerations, the judge said.

The second category of cases, the judge said, relates to those situations wherein the Court is called upon to determine the income of a non­earning victim, such as a child, a student or a homemaker. In this context, the judge noted that in India, according to the 2011 Census, nearly 159.85 million women stated that "household work" was their main occupation, as compared to only 5.79 million men. The judge made the following observations:

"The sheer amount of time and effort that is dedicated to household work by individuals, who are more likely to be women than men, is not surprising when one considers the plethora of activities a house maker undertakes. A house maker often prepares food for the entire family, manages the procurement of groceries and other household shopping needs, cleans and manages the house and its surroundings, undertakes decoration, repairs and maintenance work, looks after the needs of the children and any aged member of the household, manages budgets and so much more. In rural households, they often also assist in the sowing, harvesting and transplanting activities in the field, apart from tending cattle."

"The issue of fixing notional income for a homemaker, therefore, serves extremely important functions. It is a recognition of the multitude of women who are engaged in this activity, whether by choice or as a result of social/cultural norms. It signals to society at large that the law and the Courts of the land believe in the value of the labour, services and sacrifices of homemakers. It is an acceptance of the idea that these activities contribute in a very real way to the economic condition of the family, and the economy of the nation, regardless of the fact that it may have been traditionally excluded from economic analyses. It is a reflection of changing attitudes and mindsets and of our international law obligations. And, most importantly, it is a step towards the constitutional vision of social equality and ensuring dignity of life to all individuals."

Observing thus, the judge summarized his opinion regarding the issue of calculation of notional income for homemakers and the grant of future prospects with respect to them, as follows: