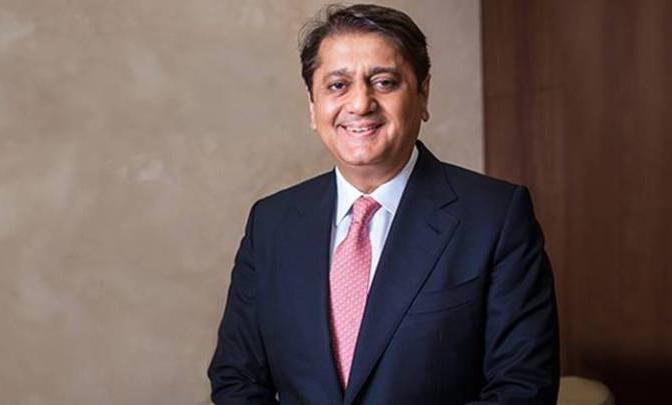 During the hearing, Solicitor General Tushar Mehta appearing for the Enforcement Directorate requested the Bench to issue notice in the matter and tag it with the batch of pleas challenging validity of provisions of the Prevention Of Money Laundering Act.

"This is against regular bail, I know the limitations. Notice and tagging is the request I'm making. The matter be tagged with PMLA matter in which question of section 45 of PMLA Act is under consideration," SG said.

The CJI led Bench however decided to list the matter before itself.

"We'll give a date, argue before us, we'll decide the matter," CJI Ramana said.

"That is entirely your Lordships discretion but this very question is being taken up.." SG said.

The High Court through its impugned order dated 25th March 2021 granted bail to Kochhar on the condition that he would execute a PR Bond of Rs. 3 lakh and deposit his passport.

Kochhar had argued that an Appellate Authority under the Prevention of Money Laundering Act had exonerated him on November 6, 2020, when it dismissed ED's plea to confirm the attachment of their assets.

The ED claimed these were the proceeds of crime. Kochhar had however, argued that while there are 11 accused (some of the companies), only Deepak Kochhar was arrested.

Special Judge under the PML Act had taken cognisance of the ED's investigation complaint against all the accused in the case, on January 30, and summoned them for the offences under section 4 (money laundering) of the PMLA.

The Special Court had observed that Chanda Kochhar had prima facie misused her official position in granting loans to the accused Videocon group of companies and received illegal gratification, through her husband Deepak Kochhar. In February Kochhar appeared before a special court and filed for bail. The court allowed her application on a cash surety of Rs 5 lakh. A similar order was passed fot VN Dhoot.

The ED's probe is based on a case registered CBI in January 2019 into alleged irregularities in the grant of six high-value loans worth around Rs 1,575 crore to five firms of the Videocon Group between June 2009 and October 2011. The loans were granted in contravention of the rules and policy of sanctioning committee, the ED has alleged.

These loans were later termed as non-performing assets resulting in wrongful loss to ICICI bank and wrongful gain to the borrowers and accused persons, the ED says in their complaint, adding, that the total misappropriation is to the tune of Rs.1,730 crore as of April 26, 2012.

ED's investigation states that on September 9, 2009, when the first loan amount of Rs.300 crores was disbursed to Videocon, on the very next day V.N. Dhoot transferred an amount of Rs.64 crores to NuPower Renewables Pvt Ltd (NRPL) managed by Kochhar's husband, Deepak, through his company SEPL.

The agency has alleged that NRPL was incorporated on December 24, 2008, with Deepak Kochhar, V.N. Dhoot and Saurabh Dhoot as its first directors. Before resigning from the company, a year later, Dhoot allotted 19,97,500 warrants to Deepak Kochhar at the rate of Rs.10/- per warrant, on an initial payment of Rs.1/- per warrant.

Subsequently, on June 6, 2009 shares of NRPL held by Dhoot and Kochhar were transferred to SEPL, which became 95% shareholder of NRPL. SEPL was another company incorporated with Dhoot as its director in 2008, however, a year later he sold his shares to Pinnacle Energy (PE) managed by Deepak Kochhar.

Kochhar started her career with the bank in 1984 and rose to the rank of MD & CEO in 2009. The complaint states that despite knowing that Deepak Kochhar is closely associated with Dhoot, Chairman and Managing Director of Videocon Industries Ltd., Kochhar had neither disclosed this fact nor recused herself from the sanctioning committee of ICICI bank while sanctioning the loan to Videocon. It is alleged that Kochhar's flat situated at CCI, in Mumbai, was purchased from the proceeds of crime for a mere Rs. 11 lakh when the actual value of the property was Rs. 5 crores.