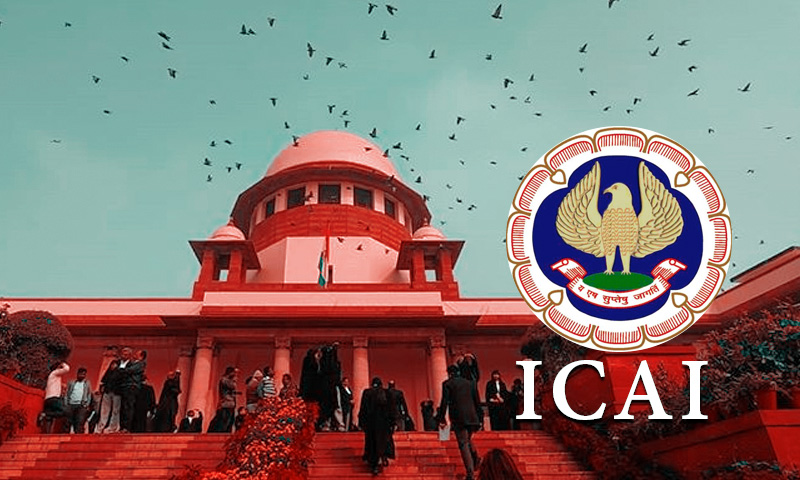 A Division Bench of the Supreme Court of India on September 22 continued hearing the challenge against a rule issued by the Institute of Chartered Accountants Of India (ICAA) barring members from accepting more than the "specified number of tax audit assignments" (at present, the upper limit is set at 60) in a financial year. This matter is now being adjudicated almost two...

A Division Bench of the Supreme Court of India on September 22 continued hearing the challenge against a rule issued by the Institute of Chartered Accountants  Of India (ICAA) barring members from accepting more than the "specified number of tax audit assignments" (at present, the upper limit is set at 60) in a financial year. This matter is now being adjudicated almost two years after the Supreme Court had decided to withdraw similar writ petitions pending in different High Courts and authoritatively pronounce the law on the subject itself.

The compulsory tax audit regime was introduced in 1984 by the insertion of Section 44AB in the Income-tax Act, 1961, which came into effect on April 1, 1985. This section made it obligatory for a person carrying on a business or a profession with total sales, turnover or gross receipts exceeding a certain threshold prescribed in the Act in any previous year, to get their accounts of such previous year audited by a Chartered Accountant. The condition laid down under this section is fulfilled only when such an assessee procures a report of the audit in the prescribed form duly signed and verified by the Chartered Accountant before a specified date.

Before 1985, only the accounts maintained by companies and cooperative societies were required to be audited under the Companies Act, 1956 and the Co-operative Societies Act, 1912 respectively. Other categories of taxpayers were exempt from this obligation to get their accounts audited. Section 44AB was enacted primarily to counter tax evasion and check fraudulent practices.

These guidelines were challenged in several writ petitions filed in different High Courts across India. In some petitions, disciplinary proceedings initiated on the strength of the impugned guidelines have also been challenged. Since conflicting judgements have been rendered on the subject, in 2020, the Supreme Court accepted an application moved by the Institute to transfer all the petitions to itself for a final and conclusive determination of the issues involved.

The principal ground for questioning the validity of the impugned stipulation was that it infringed the fundamental right of citizens to practice any profession or to carry on any occupation, trade or business as enshrined in Article 19(1)(g), apart from also being violative of the right to equality under Article 14. The competence of the Institute to issue this guideline was also called into doubt. Among the counsel who represented the petitioners was Senior Advocate Paramjit Singh Patwalia.

The Institute was represented by Senior Advocate Arvind P. Datar who prefaced his submissions by offering a historical conspectus on the origin of compulsory audit of accounts for a bigger class of assessees under the Income-tax Act, 1961. He also spoke briefly about why a maximum limit was imposed in the first place before the session was adjourned. The remainder of the senior counsel's submissions will be heard this week.

The Bench has listed the matter for hearing again this week. Justice Khanna requested Datar to address the following questions in his submissions –

"First, why are there two sets of parameters under this Act and the Companies Act, 2013, when the objectives and the purposes of the audit mandated in both the enactments are the same? When a company is an assessee, they have to get the auditing done from two different persons. Second, when you have already increased the upper limit to 60 per CA or partner of a CA firm, why should that benefit not be given with retrospective effect?"