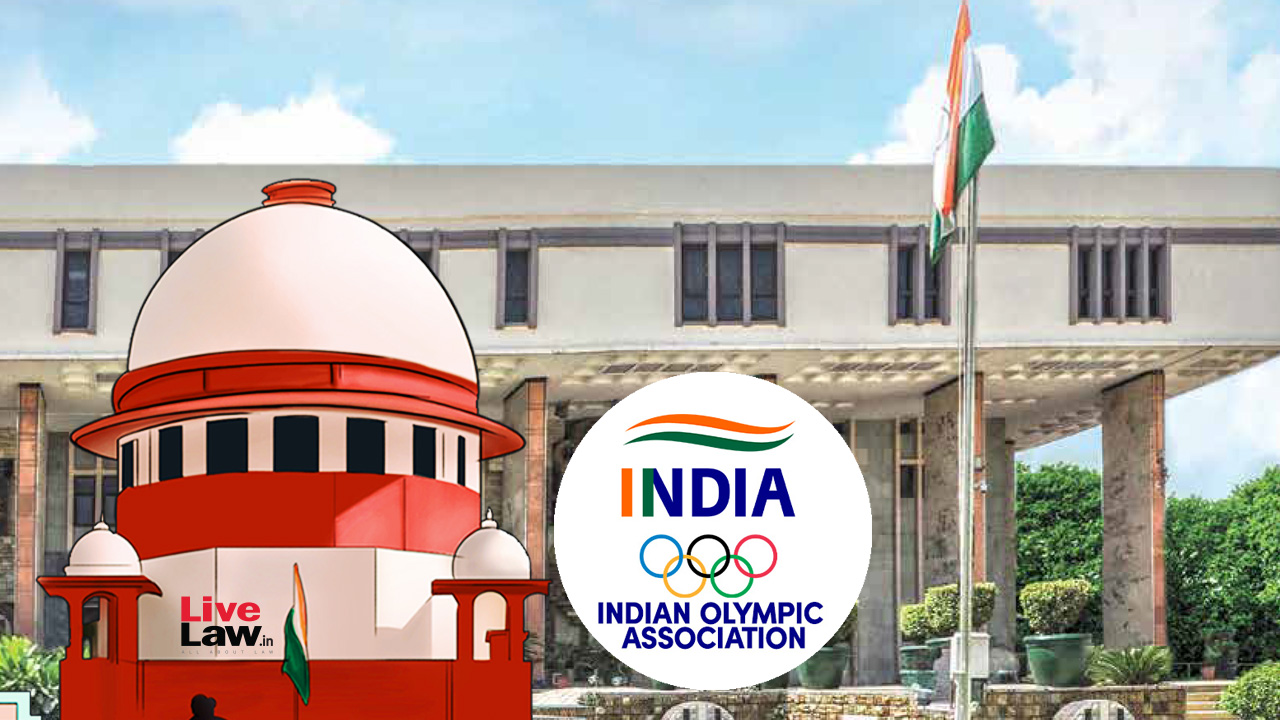 In a case challenging the order of the Delhi High Court directing handing over of affairs of Indian Olympic Association (IOA) to a Committee of Administrators (CoA), the Supreme Court, on Thursday, appointed its former Judge L. Nageswara Rao, to take over the process of amending the sports body's constitution, preparing its electoral rolls; and conducting elections to its executive body.

"...Accordingly, we request Justice L. Nageswara Rao, former judge of this Court to take up the assignment in the interest of ensuring a fair and development-oriented approach for the future of Olympic sports in India. The Ld. Judge would be at liberty to fix his fees in consultation with the IOA. The amendments to the Constitution may be placed before this court. Simultaneously, the preparation of the electoral college and election schedule can also proceed to take place."

A Bench comprising Justices D.Y. Chandrachud and Hima Kohli entrusted the Secretary General, IOA, Rajeev Mehta with the day-to-day administration of the IOA.

"That the National Games are to be conducted by IOA between 29th Sept, 2022 and 12th Oct, 2022, after a gap of 7 years in multiple cities in Gujarat…The Court has been apprised that the MoUs have been executed…preparation done by IOA..committees are made and Secy General is responsible for the day-to-day administration. Having regard to the impending National Games, we direct that the administration of the IOA, till the elections are held, to be conducted by the Secy General of IOA."

However, Senior Advocate, Dr. Menaka Guruswamy argued that the Secretary General has lost the confidence of the executive body and that is one of the issues before the Bench. Considering her averments, the Bench made the entrustment effective 'till further orders'.

On the last date of hearing, the Solicitor General of India, Tushar Mehta had sought appointment of a retired judge to take over the process of amending the Constitution of IOA and other nitty-gritties with respect to conducting the elections.

Mehta had submitted that much like FIFA, that had objected to the CoA governing the day-to-day affairs of the AIFF, the International Olympic Committee has communicated that it does not recognise an acting or interim president of IOA.

He had apprised the Bench about a communication received from the Director of Olympic Solidarity and NOC Relations, International Olympic Committee (IOC) which contemplates that if the National Olympic Committee (NOC) does not fulfil the conditions of the Olympic charter - resolve its governance issues and hold elections, it would mean that the athletes of India would not be able to represent the country at Olympic games and other international sporting events. Moreover, NOC would not receive any funding from the Olympic movement until suspension is lifted.

It was also stated by Mehta that the IOC had decided to treat the Secretary General of the IOA as the main point of contact.

Referring to the said communication, the Solicitor General stated that the IOC has proposed a joint meeting on 27th Sept, 2022 in Lausanne.

Considering the fact that the IOC refused to recognise any interim or acting president of NOC, Mehta had also suggested that the Secretary General of the IOC can be put in charge of the day-to-day administration. However, for the purpose of amending the constitution of IOA, preparing electoral rolls and to hold elections, he suggested, a retired judge of the Apex Court may be appointed. He had urged the Bench to ensure that the changes are brought about before the IOC executive board meeting in December, 2022.

On Thursday, during the course of the hearing, another bone of contention came to the forefront.

ASG, Mr. K.M. Nataraj apprised the Bench that there is a joint meeting organised by IOC on 27th September at Lausanne. He submitted that the representatives are to join the meeting physically. Senior Advocate Rahul Mehra, the original petitioner before the Delhi High Court, apprised the Bench that the IOA representatives set to attend the said meeting are the office-bearers whose appointment has been disputed in the present proceedings.

After a heated discussion amongst the counsels of the parties involved, it was decided that only two representatives of IOA, namely, Rajeev Mehta, Secretary General IOA and Adille Sunmariwalla, Vice President IOA, would be present at the meeting to be held on 27th September, 2022. Accordingly, the Bench recorded -

"….it has been agreed that IOA will be represented by Rajiv Mehta, Secy General and Adille Sumariwalla, Vice President. Rest of the members as set out in the communication of 20.09.2022 shall participate."

It also directed that the Joint Secretary, Ministry of Youth Affairs and Sports, who would represent the Union Government at the meeting to submit a report before the Apex Court about the progress made in the concerned meeting.

The Bench will hear the matter next after the Diwali vacation.

The issue arose when a 2010 petition was filed by Senior Advocate Rahul Mehra seeking constitution of the Indian Olympic Association in accordance with the National Sports Code. In this context, a division bench of the Delhi High Court, comprising of Justice Najmi Waziri and Justice Manmohan, noting that the IOA committee was not continuing as per the National Sports Code, passed an order on August 16, 2022, stating that if a sports federation did not comply with the law of the land, it would receive no recognition from the Government and the benefits and facilities to it would stop promptly. Accordingly, the affairs of IOA were put in the hands of a Committee of Administrators (CoA).

In the last hearing on the matter, the Solicitor General of India Tushar Mehta, appearing for the Central Government, stated that the appointment of CoA was seen as outside interference and thus, could lead to the suspension of IOA, in a manner similar to the suspension of the All India Football Federation (AIFF) by the FIFA.

It may be noted that recently, the FIFA had suspended the AIFF citing the Supreme Court's order constituting a CoA to take over its affairs as an "undue influence from third parties". Accordingly, the Supreme Court had passed a direction to terminate the mandate of the Committee of Administrators (CoA) to manage the affairs of the AIFF. In that case, the Supreme Court's bench comprising then Chief Justice of India NV Ramana and Justice CT Ravikumar had ordered status quo with respect to the Delhi High Court's order.