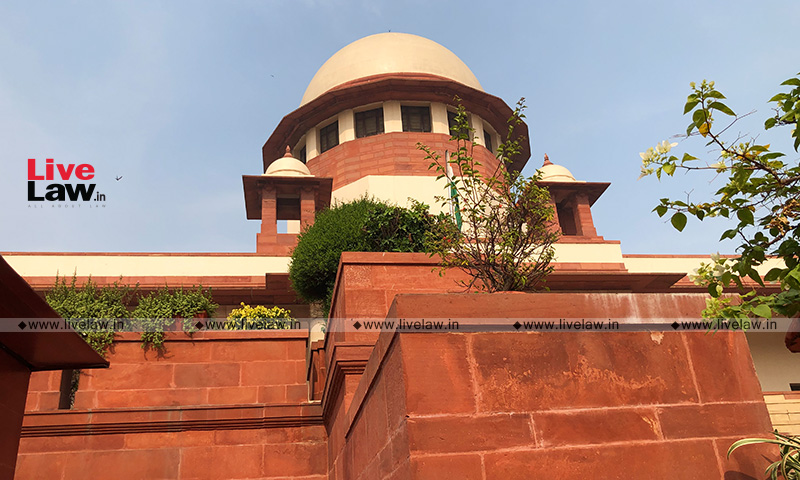 The Supreme Court on Friday dismissed SLP assailing Delhi High Court's order dated April 22, 2022 wherein the High Court had restrained the President, Indian Olympic Association from conducting the Special GBM which was scheduled to be held on April 25, 2022.

The plea was listed before the vacation bench of Justices DY Chandrachud and Bela M Trivedi.

The Delhi High Court had passed the impugned judgment in an application preferred by Secretary General of the IOA seeking a stay on the Special GBM on the grounds that the President's scheduling of the meeting was illegal; contrary to IOA's Rules; without any authority vested in him and was an endeavor to create elbow-room for an individual to assert his influence on persons who may be part of the IOA's GBM.

What Transpired In SC Today?

When the matter was called for hearing, Justice DY Chandrachud while inquiring as to who Jharkhand Olympic Association was and whether the association was party before the Delhi High Court said,

"Who is this Jharkhand Olympic Association? Now you want to support the President by the side win? Were you parties before the HC ? Now WP has been heard and judgment has been revered, & now it appears that Jharkhand Association has been put up by the President to rake up the issue."

Apprising the bench with regards to the developments that unfolded in the meeting for which retired Delhi High Court judge, Justice Rajiv Endlaw was appointed as the Administrator, Advocate Rahul Mehra said, "Opportunity was granted, Division Bench was of the view that these are matters which need to involve in larger sporting interest. They were given their opportunity because there was anticipation of a law & order situation. In that meeting all sorts of things happened and they could not put their house in order. Now when the judgment has been reserved all these petitioners are coming."

Submitting that the application with regards to conducting the Special General Body Meeting was filed long before the Delhi High Court had reserved the judgment in writ petitions concerning the Constitution of IOA and the GBM, Senior Advocate R Basant argued that there were pressing assignments which required consideration.

He further contended that, "Only prayer is that the GBM may be permitted to be conducted. Pressing assignments to be undertaken. The games are coming and for all that decisions have to be taken. Issue before the PIL has nothing to do with the Application at all."

Expressing its inclination to dismiss the SLP, the bench said, "Judgment has been reserved. We don't want to dislocate. Let the HC decide the issue once & for all. No Mr Basant, DISMISSED."

Case Before The High Court

Counsel for the Government of India while urging the High Court to appoint a retired Judge as an Administrator had submitted that due to the bitter opposition between the rival factions of the Secretary General and President of the IOA, the convening of such a meeting at this current juncture was not likely to yield any worthwhile result except providing an occasion to manifest more acrimony and a stiffening of positions between the two factions.

The bench of Justices Manmohan and Najmi Waziri had said that, "The IOA 'President' has sought to convene a Special GBM even when judgment has been reserved in the writ petition which covers issues concerning the Constitution of the IOA, as well as Members of its GBM who may or may not be eligible to vote or participate in a GBM."

Opining the above, the Court had said: