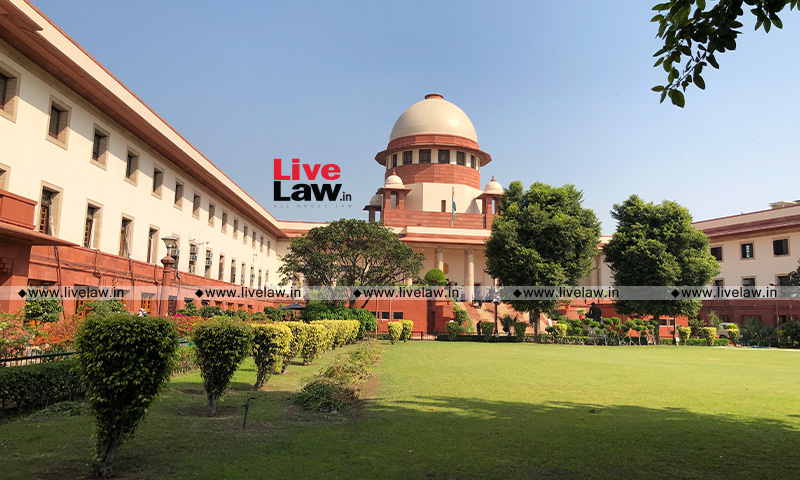 The Supreme Court of India has recently issued directions for operation of the brick kiln industries in the National Capital Region. The Court has mandated compliance with the Environment Ministry notification, adoption of zig zag technology, a prior consent to operate and declaration of the unit's production capacity amongst other conditions. A Bench comprising Justice KM Joseph...

The Supreme Court of India has recently issued directions for operation of the brick kiln industries in the National Capital Region.

The Court has mandated compliance with the Environment Ministry notification, adoption of zig zag technology, a prior consent to operate and declaration of the unit's production capacity amongst other conditions.

A Bench comprising Justice KM Joseph and Justice Hrishikesh Roy has passed the order keeping in view the interest of the environment, and factoring in both the interests of the persons who are running the brick kiln industry and the employees who would be working therein.

In the matter before the National Green Tribunal, an application was filed seeking direction to close down all brick kilns in the NCR till end of February, 2020 or till level of pollution reaches normal level.

The Supreme Court has directed that out of the 2164 units with zig zag technology in place, only those units which have consent to operate and have declared the production capacity will be permitted to operate subject to the conditions.

This was after the bench was informed that 2164 units, which are located in Uttar Pradesh and Haryana, have been on inspection found to have zig zag technology in place.

The bench has directed that permission to operate the units will be subject to the following conditions:

(1) The production will be permitted only subject to the units complying with notification dated 22.02.2022 issued by the Ministry of Environment, Forest and Climate Change for operation of brick kiln industries.

(3) The Production will be further subject to the condition that it will be limited to the production capacity as per the consent granted by the respective State Pollution Control Boards.

(4) The persons running the units will report at the end of every cycle, the actual total production which has been carried out in their units (arising out of each cycle) to the respective State Pollution Control Boards.

The bench has directed the Central Pollution Control Board to produce a chart showing the production so that the Court may analyse as to whether there is a violation of the Court's order.

On 7th March 2022, the Supreme Court had directed the appellants to give within a period of five days full details of each unit which is working with zigzag technology. The details were to be given to the CPCB, which was asked to undertake physical on site inspection within ten days thereafter.

The court had clarified that it had to be an inspection on the ground and not on paper.

After carrying out the inspection, the CPCB was directed to file an affidavit before the Court identifying the individual units, which have indeed adopted and installed the zigzag technology in their units. Further, the affidavit was to indicate the production capacity on a daily and monthly basis of each unit.

The CPCB was also asked to indicate in its affidavit the difference in the carrying capacity of the different areas in which the brick kilns are located and any further condition which may be required for allowing operation of units employing zigzag technology on the condition that they will comply with notification dated 22.02.2022.

The CPCB in its compliance affidavit filed through Advocate Swarupama Chaturvedi informed the Court that pursuant to court's directions a total of 40 teams were constituted for the physical inspection of brick kilns units to verify whether all those brick kiln units have incorporated zig-zag technology as claimed by them.

The bench was informed that according to finding of the inspection, out of total 2191 brick kilns units that were inspected, only 2164 were found to be having Zig-Zag technology.

With regards to the conditions that may be prescribed for operation of zig-zag brick kilns, the Board submitted that in the Ministry's notification in addition to particulate matter standards, guidelines for siting, fugitive dust emissions control, approved fuels, porthole and platform for emission monitoring have also been prescribed. The guidelines should be strictly adhered to by the Zig Zag units and monitored by the concerned State Pollution Control Boards.

After an application was filed before the National Green Tribunal seeking closure of all brick kilns in the NCR, on 15th November 2019, the NGT had issued an interim order directing that all brick kilns in NCR may be closed till a scientific study or report is submitted or the situation improves.

It was further directed that CPCB may submit a scientific study or report about the impact of brick kilns including those run on "Zig-Zag" technology.

In compliance of NGT order, a report was submitted by CPCB on 13.12.2019 stating that the stack emissions are less in case of kilns operating on Zig-Zag technology, when compared to the kilns operating on Fixed Chimney Bull's Trench Kiln (FCBTK) technology on the same fuel. However, the quantum of fugitive dust emissions from all type of kilns are more or less same.

The NGT then directed CPR to conduct further study for assessment of different types of brick kilns with reference to source emissions from different types of fuels. A compliance report was then submitted concluding that stack emissions are less in case of kilns operating on Zig-Zag technology and also that such brick kilns comply with the standards prescribed for stack emissions.

The CPCB was further directed by NGT on 30.01.2020, to furnish a report about carrying capacity of the NCR, since brick kilns could be permitted only after ascertaining the carrying capacity. The CPCB had then submitted a report on 04.03.2020. giving details of brick kilns shifted to Zig-Zag technology in NCR.

The NGT on 17th Feb 2021 passed the impugned order directing that unless there is change to cleaner fuel (PNG), brick kilns beyond a certain number cannot be allowed in the NCR. Further, only such number can be allowed which can be sustained throughout the period i.e., the minimum figure of a particular month out of the four months to be shortlisted by applying a suitable siting criterion taking into account inter-se distance and distance from sensitive locations and compliance of consent conditions for which the CPCB, State PCB were asked to work out an appropriate mechanism.

Senior Advocate Nidhesh Gupta led the argument for the petitioner association. Advocate Swarupama Chaturvedi argued on behalf of the Central Pollution Control Board.