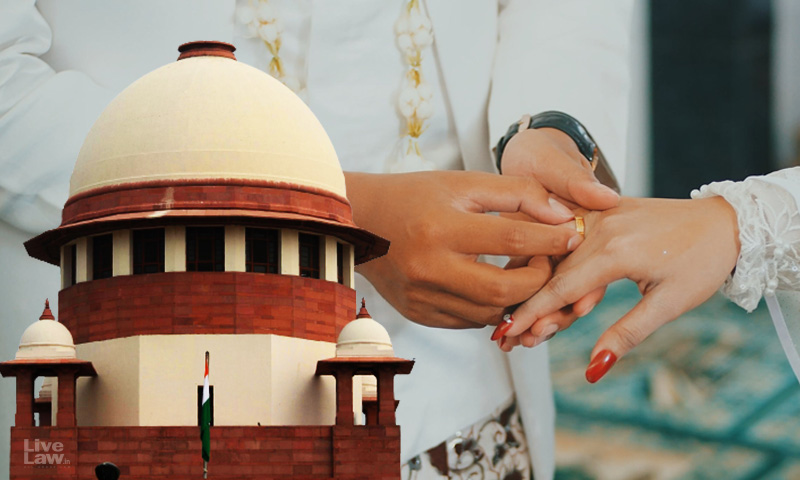 The Supreme Court on Wednesday allowed 'Jamiat Ulema-E-Hind'(a body of Islamic scholars) to get itself impleaded as a respondent in the petitions challenging the laws made by Uttar Pradesh, Uttarakhand etc on religious conversion and inter-religious marriages, which are popularly known as the 'love jihad laws'.Senior Advocate Ejaz Maqbool mentioned the impleadment application filed by...

The Supreme Court on Wednesday allowed 'Jamiat Ulema-E-Hind'(a body of Islamic scholars) to get itself impleaded as a respondent in the petitions challenging the laws made by Uttar Pradesh, Uttarakhand etc on religious conversion and inter-religious marriages, which are popularly known as the 'love jihad laws'.

"What is your locus? How are you aggrieved?", the Chief Justice of India SA Bobde asked Maqbool.

"A large number of Muslim youths have been harassed by these laws. We want to assist your lorsdships", Maqbool replied.

"Alright", the CJI said agreeing to allow the application for impleadment.

Senior Advocate Chander Uday Singh, appearing for the NGO 'Citizens for Justice and Peace' - which has filed the main petition- told the bench that an amendment application has been filed to incorporate challenge against similar laws made by Madhya Pradesh and Himachal Pradesh.

Singh submitted that the petition was originally filed challenging the laws of Uttar Pradesh and Utttarakhand.

The bench comprising CJI SA Bobde, Justices AS Bopanna and V Ramasubramanium said that it will consider the cases later and posted the petitions after two weeks.

The PILs have been filed by lawyers Vishal Thakre, Abhay Singh Yadav and Pranvesh, who are practicing lawyers in Delhi and Mumbai based NGO, Citizens for Justice and Peace, against Uttar Pradesh Prohibition of Unwlaful Conversion of Religion Ordinance 2020 and the Uttarakhand Freedom of Religion Act, 2018.

On January 6, Supreme Court issued notice on the petitions but refused to stay the operation of the laws.

Two weeks ago, the Supreme Court had refused to entertain a petition filed by the PUCL challenging the UP Ordinance, asking the petitioner to withdraw the same and approach the HC.

Earlier, the Supreme Court had rejected a plea by the Uttar Pradesh Government to transfer the petitions challenging the UP Ordinance form High Court to SC. A bench led by the CJI had observed that the SC will not stop the High Court from hearing the matter.

The CJP has now moved an application seeking permission to challenge Love-jihad laws passed by Himachal Pradesh and Madhya Pradesh in its plea challenging the laws made by Uttar Pradesh and Uttarakhand against religious conversions for the sake of marriages.

According to the petitioner, the Indian citizens enjoy the Right to Privacy as a fundamental right but the Acts and the Ordinances are unconstitutional as they attempt to control the life of the residents of Uttarakhand, Uttar Pradesh, Himachal Pradesh, and Madhya Pradesh, and to not allow them to take charge of the significant decisions in their life.

The Supreme Court on January 25 refused to transfer to itself the petitions filed in Allahabad High Court challenging the ordinance brought by the Uttar Pradesh government against religious conversions, which among other things, criminalizes religious conversions for marriage.

"If the Allahabad High Court is going to decide the cases, why should we interfere," remarked a Bench headed Chief Justice of India SA Bobde and dismissed the application as withdrawn.