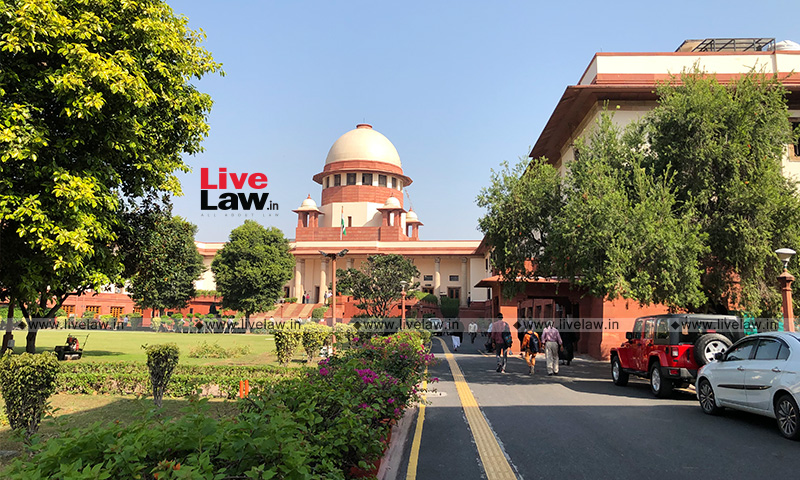 The Supreme Court recently permitted 268 Jhuggi dwellers who are members of Rajiv Camp Saidabad to file a representation before the Delhi Urban Shelter Improvement Board for relocation and rehabilitation.

The bench of Justices LN Rao, BR Gavai and AS Bopanna also permitted the members to produce evidence to show that they are entitled to relocation and rehabilitation in terms of the policy dated February 8, 2004 and December 11, 2017.

While directing the authorities to pass an order within 4 weeks from the date of order, the bench had further said that,

"The Board shall not reject the applications on the ground that Ration Cards and other data is not available, the concerned authorities are directed to consider the representation made by the Jhuggi Dwellers on the basis of the evidence produced by them in accordance with the afore-mentioned guidelines/policy."

The bench issued the directions while considering SLP assailing Delhi High Court's order dated April 29, 2016 passed by the bench of the then Chief Justice and Justice Jayant Nath.

It was urged in the writ that the residents of the jhuggi clusters were in possession of valid ration cards and voter identity cards. It was further stated that the scheme for rehabilitation/relocation of jhuggi cluster was made by allotting alternate sites and had relied on the policy guidelines dated 3.2.2004.

Jhuggi dwellers had further stated that the slum and JJ Department had carried out a joint survey with DMRC, the department that was carrying out the demolition and prepared a list of jhuggi dwellers existing on site and on February 10, 2009 had informed DMRC that none of the jhuggi dwellers were eligible for allotment of alternate site.

The dwellers had even made representations pointing out that they had been living at the existing site for more than 20 years and have valid claim/proof of their existence. It was further stated that 268 jhuggi dwellers who were removed from Rajiv Camp were recommended for allotment on temporary basis at Savada, Ghewra relocation complex at Nangloi.

However the Single Judge on January 6, 2016 had refused to grant the said relief against which the members had preferred a LPA.

In the LPA, the division bench while upholding Single Judge's order had said,

"We have heard learned counsel for the parties and perused the record. The admitted position is that as per the original cut off date, that is 31.12.1998 the jhuggi dwellers whose cause is sought to be espoused were not eligible for the rehabilitation scheme. The contention of the learned counsel for the appellant was that they would become eligible pursuant to the extension in the cut off date made as per order dated 16.7.2010 and 3.2.2011. In our opinion, the submission is completely without merits. The writ petition was filed in 2011. Jhuggies have been removed on 23.6.2009. As the jhuggies having already been removed it would not be possible to carry out a physical survey to check out the veracity of the claim of the appellants being made on behalf of the jhuggies dwellers. It is a matter of fact that the survey that was carried out at the relevant time was a joint biometric survey. A similar survey is not possible. Further, there is nothing in the office orders dated 16.7.2010 and 3.2.2011 to show that they had retrospective operation. There is merit in the contention of responded No.2 that the said two orders dated 16.7.2010 and 3.2.2011 cannot have retrospective effect."